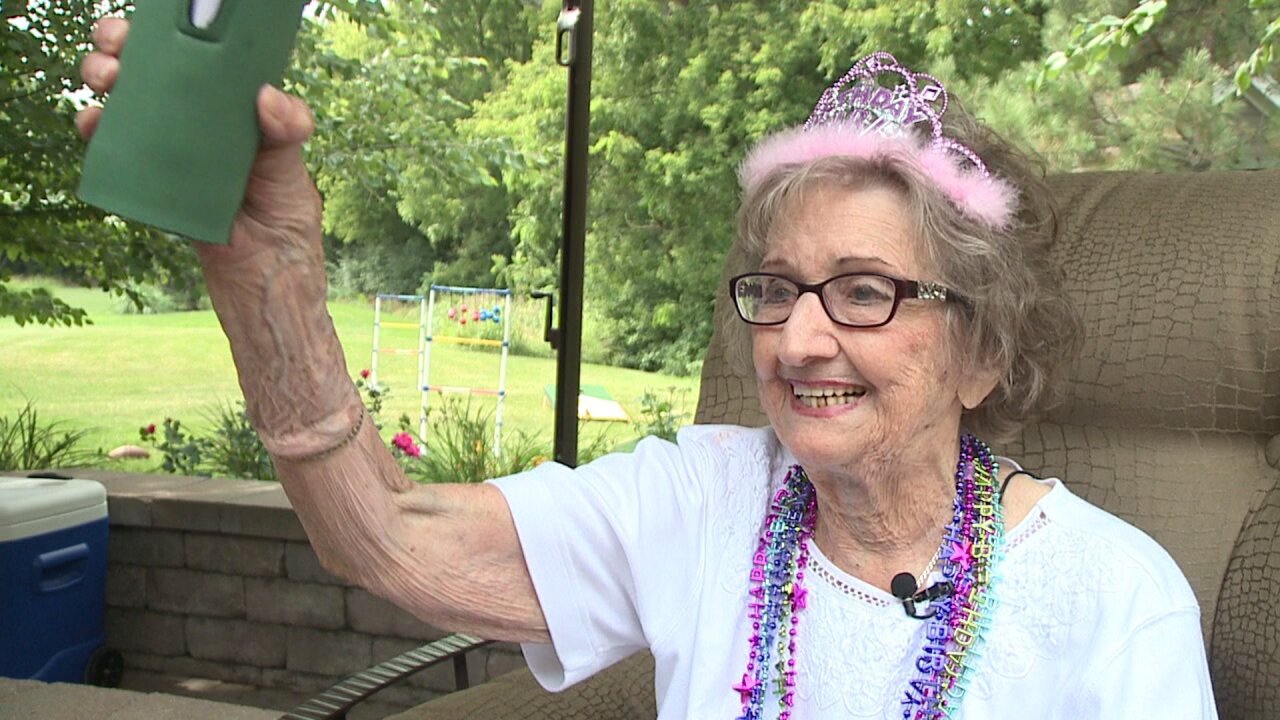 New Berlin, WI (WITI) — A Milwaukee resident received beer and gifts from Miller in celebration of her 100th birthday! Clotilda Kort says one of her secrets as she’s grown older is her 2 p.m. Miller 64 beer, and she got to enjoy that on Saturday afternoon, Aug. 4 as she celebrated this big milestone.

Kort is originally from Blenker, in northern Wisconsin. She lived in the Wausau area for many years, and then moved to the Chicago area before eventually settling in Milwaukee.

“You know, I started out, I was a little baby, and now I’m over 100 years old. How did I do it? I don’t know. It just happens! You gotta ask the good Lord, because if not for him, I wouldn’t be here,” said Kort.

Kort is sharp as a tack, unfiltered and gets around without a cane. She loves a good party, and enjoys dancing to polka music and yodeling. She has two children, seven grandchildren and nine great-grandchildren.

“She’s totally sharp. She’s funny. She has hardly any deficits. She’ll be polka-ing later. She is so healthful, and so full of life — and just a positive attitude, and we are just incredibly blessed to have that. We just adore her,” said Cherie Boldt, Kort’s granddaughter.

“The newest member of the family is Eleanor Grace, and she’s 3-months-old, so we have five generations here, which is really amazing,” said Kort.

“Miller 64. That’s my favorite beer — because I like the taste of it,” said Kort.

“Hi Clotilda, to help you celebrate your 100th birthday, we want to show our appreciation to you for being a true fan by sending some Miller 64 T-shirts, hats, and of course, beer. Happy 100th birthday Clotilda! Cheers, your friends at Miller 64.”