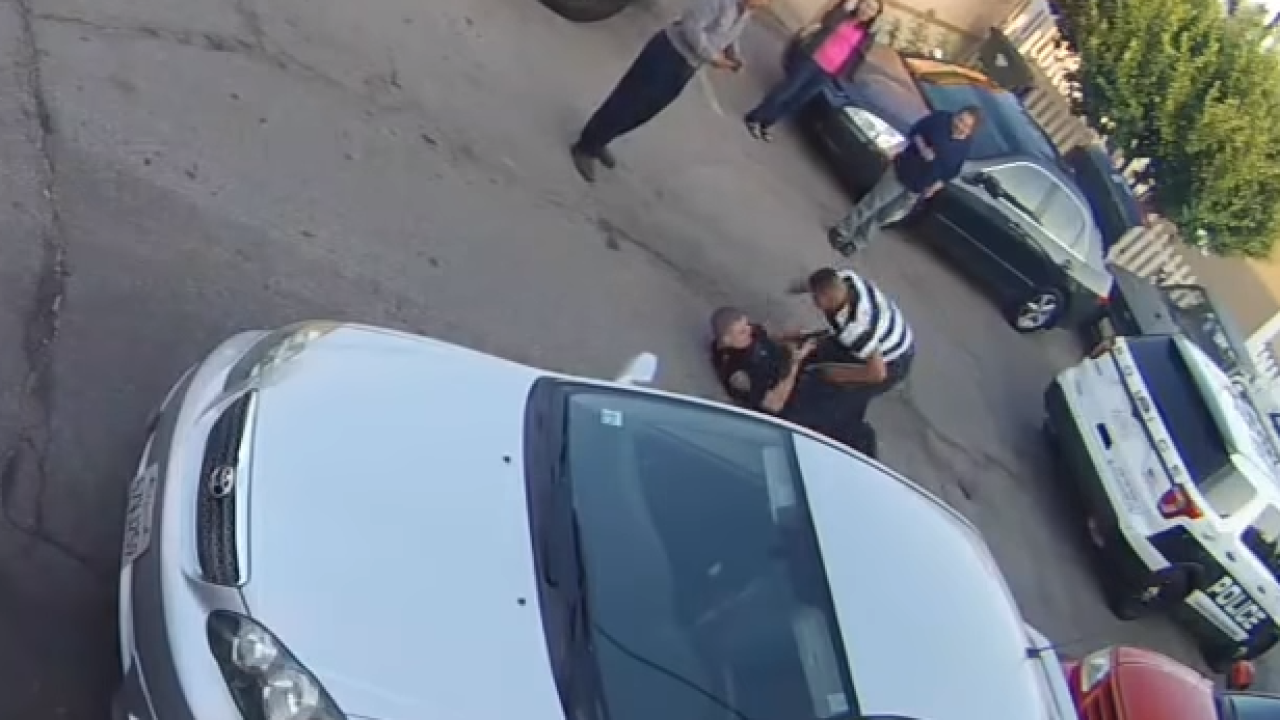 Please allow a moment for the video below to load:

VENTURA COUNTY, Calif. – The Oxnard Police Department released surveillance footage of an officer-involved shooting where a suspect attempted to take a police officer’s gun from him.

Police said in a news release that while on patrol, Oxnard Police Officer Oncea saw a man, identified as Joel Tapia Jr., and attempted to take him into custody for outstanding warrants.

“Officer Oncea knew Tapia had outstanding warrants, and contacted him to take him into custody,” police wrote in a statement. “What ensued was Tapia resisting arrest, and then actively assaulting the officer.”

In the surveillance footage released by police, Oncea and Tapia Jr. appear to struggle for approximately two and a half minutes.

“During the course of the struggle, Officer Oncea discharged his firearm, striking Tapia,” the statement said.

Police released the surveillance footage of the incident to the public, saying the following actions by Tapia Jr. showed “the seriousness of this situation:

Assistant Police Chief Jason Benites stated, “Overall, the video clearly illustrates the dangers of police work. There are those that who will not only resist our officers from taking them into custody, but there are some who will actively assault an officer to the point where they escalate a situation to a shooting.”

After the incident, Tapia Jr. was taken to the Ventura County Medical Center, where police said he was treated for a gunshot wound. He was released from the hospital on Thursday and booked into Ventura County Jail.