Every day, a Utah woman is holding a protest for ‘right vs. wrong’ 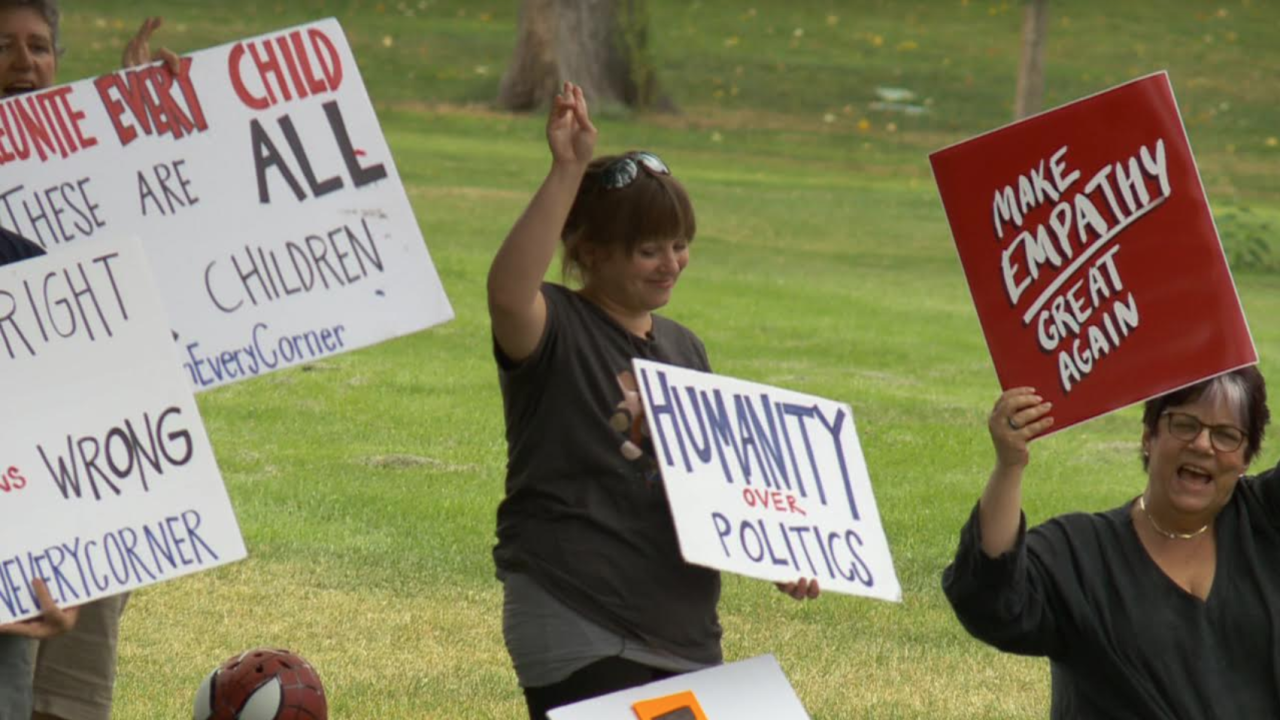 SALT LAKE CITY -- Ashley Weitz is the living embodiment of the First Amendment.

For almost a month now, she's stood at the corner of 1300 East and South Temple and exercised her right to freedom of speech and freedom of protest. From 6:30 to 7:30 p.m. at this neighborhood park, she's held signs and waved at passing traffic. Friday marks her 28th straight day of holding a demonstration.

"Right after the Fourth of July, I was really struggling with the issue of family separation at the border," she said. "And I kept thinking, this isn't about politics. It's about right and wrong and truth."

Weitz said she'd written and called her representatives to complain, but felt it wasn't enough. Inspired by a man in Minnesota who has been conducting daily protests, Weitz said she made a sign and started protesting on a street corner. Soon, it became a daily event.

"It started with just my son and me on this corner with a few small signs," she said. "We've gotten neighbors come walk their dogs at a certain time so they can be with us. The majority who've participated found out by word of mouth and Twitter."

Weitz documents her demonstrations on Twitter, Facebook and Instagram. The topics change, but the family separation of migrant children from their parents remains a constant call for action. She's been joined by Democratic congressional candidate Shireen Ghorbani and U.S. Senate candidate Jenny Wilson. Sometimes, random strangers will pull over and join in.

"That was energizing!" a woman who joined in carrying a "Make Empathy Great Again" sign said as someone drove by the demonstration Thursday night and honked in support. Weitz herself held up a sign that proclaimed "Humanity Over Politics."

"It's not about left vs. right," Weitz said. "It's about right vs. wrong and that seems to really get to people."

Weitz has registered people to vote as they walk by her daily protest and she welcomes people to join her.

Weitz said she's working on creating a website to coordinate similar corner protests. She'd like to see others across Utah and the nation do the same. She's heard of nearly 40 similar daily demonstrations across the country.

Winter will be here soon, and Weitz said she gets asked how long she plans to keep demonstrating. For now, she said she has no plans to quit.

"We're going to be here. Come anytime," she said. "Come for as long as you want to or need to and if you can't come tomorrow, that's fine. We'll be here."