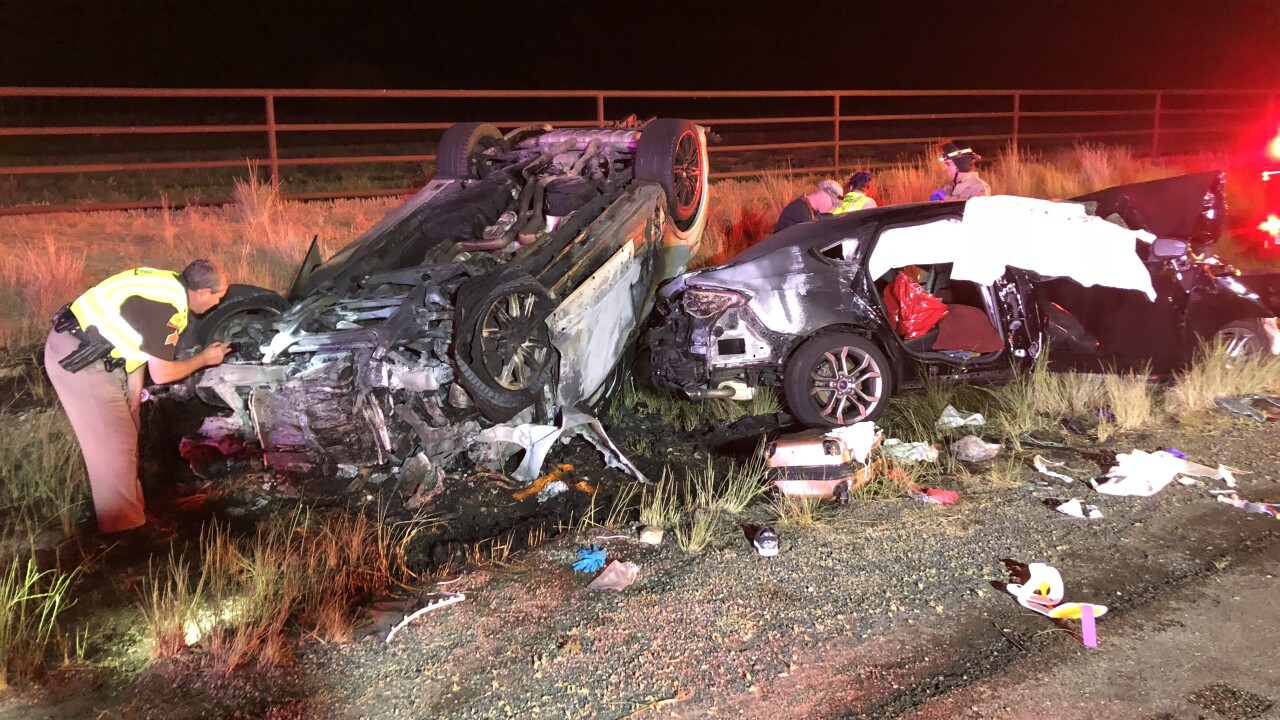 MILLARD COUNTY, Utah — A Utah woman has been charged with three counts of manslaughter in connection with a crash that killed a couple and their young son in Millard County in June.

The charges were filed in connection with a fatal crash that occurred June 19 in Millard County. The crash killed a married couple and their 11-year-old son while their 17-year-old son survived but suffered extremely critical injuries.

Diamond’s 9-year-old passenger was critically injured in the crash.

The deceased are 47-year-old Tyrone Bova, 43-year-old Holly Jo Bova, and 11-year-old Haden Bova. The family is from Archdale, North Carolina and was vacationing in Utah at the time.

The Bova family. Image via GoFundMe.

UHP stated in June that the driver of a Porsche Cayenne traveling east on SR-50 passed another vehicle and did not immediately return to her lane. The Porsche then struck the Bova family’s car head-on, forcing both cars off the road and causing the Porsche to flip.

The vehicles then caught fire and the occupants were trapped inside. A bystander cut the seat belts for the passengers in the Cayenne and helped them escape the vehicle.

Fox 8 in North Carolina reports there has been a surge of community support for Tyler Bova, the surviving teenager. You can follow his recovery on the Built Tyler Tough Facebook page.

A GoFundMe page has been set up to support Tyler.

The indictment filed Wednesday did not offer specific details about the reasons for the charges, but back in June troopers said they were investigating both distraction and excessive speed as possible contributing factors in the crash.