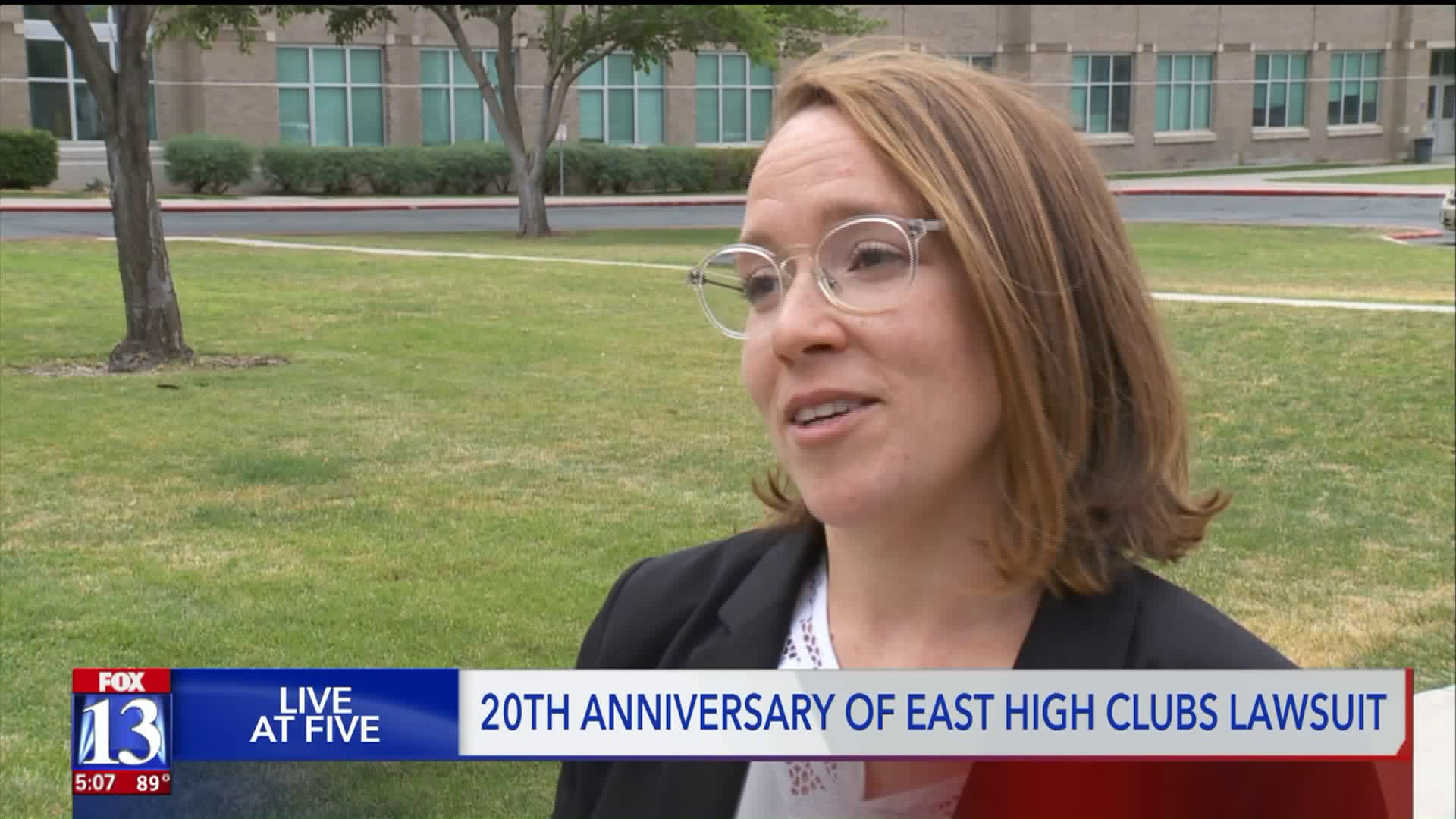 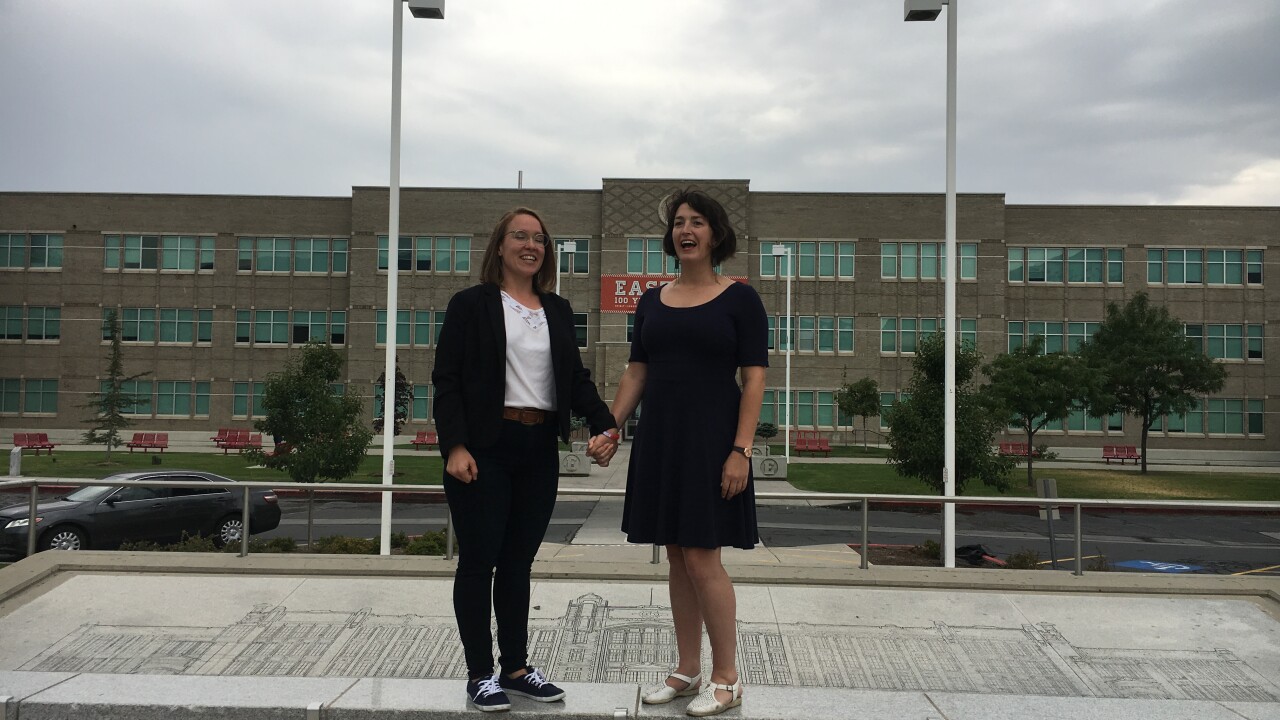 Fox was among a handful of students who sued the Salt Lake City School Board in a landmark case that ended in 1998. Students at East High School wanted to form a Gay-Straight Alliance. The school resisted and, rather than allow the LGBT-supportive club to meet, the school board canceled all extracurricular clubs.

The decision sparked walkouts, protests and litigation. The shockwaves of the situation reverberated in schools across Utah.

On Thursday, Fox returned to the school to meet with reporters ahead of a discussion about the case 20 years later. She and a co-plaintiff, Leah Farrell, will talk about the lawsuit and what's changed since then.

"I would do it all again in a heartbeat," Fox said.

Farrell attended West High and joined the lawsuit when her school clubs were taken away.

"I understood it was about homophobia," she said. "There was a fear that was driving the decision to close all clubs."

Fox said it was tough at times being in the eye of the storm.

"I would come outside to my tires slashed weekly. My locker would get broken into," she said. "I think I faced the least of it. It was really brutal. Some people got kicked out of their homes."

The students ultimately won their lawsuit when a federal judge dismissed it, but ruled they had a First Amendment right to express their views -- even on topics like sexual orientation. The lawsuit, the judge essentially said, cured the violations. The school district then reversed itself and allowed the GSA to meet.

"In the 20 years since East High GSA v. Board of Education of SLCSD, we’re proud to say that the Salt Lake City School District has evolved to foster a culture of inclusivity and sensitivity, with an emphasis on providing excellence and equity: every student, every classroom, every day," Salt Lake City School District Superintendent Dr. Lexi Cunningham said in a statement to FOX 13.

"While we are continually evolving and striving to better address the needs of our students, we recognize all – staff and student advocates alike -- who have worked tirelessly to foster this cultural change within our district, and we remain committed to being a safe and nurturing space for all students in Salt Lake City."

Fox, who lives outside Utah, said she believes the case has fostered positive change for LGBTQ students in schools, but there's room to improve.

"Every person, every student deserves to have a safe, comfortable space in their schools," she told FOX 13. "In Utah, we're still looking at the highest teen suicide rate in the nation and that's not something to be proud of."

Farrell grew up to be a lawyer for the ACLU of Utah. She said she still gets phone calls from students across the state who run into problems creating their own Gay-Straight Alliances and she works to help them.

"It means that these spaces are being created in parts of Utah where they've never been created," Farrell told FOX 13. "People are calling for GSAs and creating safe spaces and that's great."

The discussion on East High GSA v. Board of Education takes place Friday at the Utah Pride Center beginning at 6 p.m.