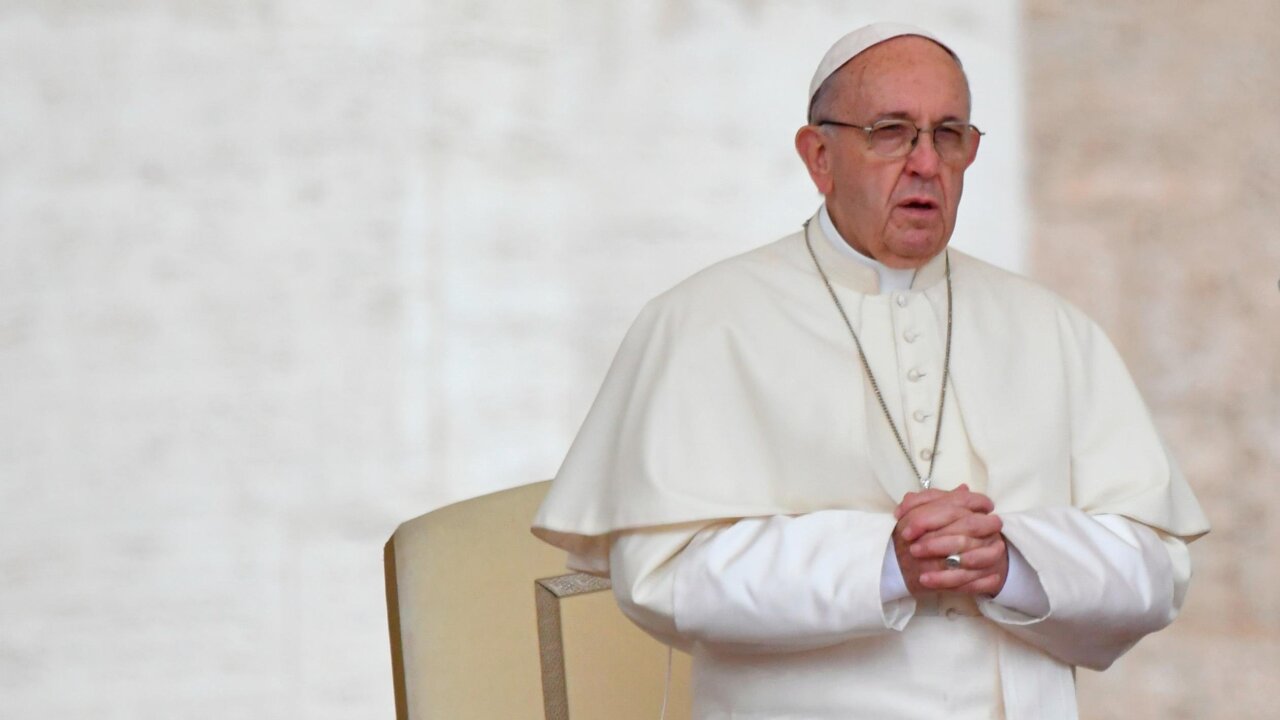 Pope Francis has declared that the death penalty is never admissible and that the Catholic Church will work towards its abolition around the world, the Vatican formally announced Thursday.

Pope Francis has declared that the death penalty is never admissible and that the Catholic Church will work towards its abolition around the world, the Vatican formally announced Thursday.

The change, which has been added to the Catechism of the Catholic Church, makes official a position that the Pope has articulated since he became pontiff.

The church now teaches that “the death penalty is inadmissible because it is an attack on the inviolability and dignity of the person” and states that it will “work with determination towards its abolition worldwide,” the Vatican said.

The declaration by Pope Francis, who is spiritual leader to the world’s 1.2 billion Catholics, may have particular resonance in the United States, where capital punishment remains legal in 31 states and as a federal punishment.

The Catholic Church’s teaching on the death penalty has slowly evolved since the time of Pope John Paul II, who served from 1978 to 2005.

In his Christmas message in 1998, John Paul wished “the world the consensus concerning the need for urgent and adequate measures … to end the death penalty.”

His successor, Benedict XVI, in a document published in November 2011, called on society’s leaders “to make every effort to eliminate the death penalty.”

Francis wrote in a March 2015 letter to the president of the International Commission Against the Death Penalty that “today capital punishment is unacceptable, however serious the condemned’s crime may have been.”

He added that the death penalty “entails cruel, inhumane and degrading treatment” and said it was to be rejected “due to the defective selectivity of the criminal justice system and in the face of the possibility of judicial error.”

The change announced Thursday was “important” but should not come as a surprise, Vatican spokesman Greg Burke told CNN.

“It was expected for a long time, starting with John Paul II,” he said. “He had a document, ‘The Gospel of Life,’ in which he said it is essentially the conditions (that) were once considered OK for allowing the death penalty have basically disappeared.

“The key point here is really human dignity,” Burke said. “The Pope is saying that no matter how grievous the crime, someone never loses his or her human dignity.

“One of the rationales for the death penalty in Catholic teachings historically was to protect society. Obviously, the state still has that obligation,” he said. “That is not being taken away here, but they can do that in other ways.”

Francis in a 2015 speech to the US Congress said that human life must be defended “at every stage of its development.”

“This conviction has led me, from the beginning of my ministry, to advocate at different levels for the global abolition of the death penalty,” Francis told top US elected lawmakers.

“I am convinced that this way is the best, since every life is sacred, every human person is endowed with an inalienable dignity, and society can only benefit from the rehabilitation of those convicted of crimes.”

Francis also noted that the US Conference of Catholic Bishops, a powerful lobbying force, had already advocated for the abolition of the death penalty.

“Not only do I support them, but I also offer encouragement to all those who are convinced that a just and necessary punishment must never exclude the dimension of hope and the goal of rehabilitation,” Francis said.

53% of US Catholics back death penalty

Most executions took place in China, Iran, Saudi Arabia, Iraq and Pakistan, in that order, it said in a report published in April.

“The number of US states carrying out executions increased from five in 2016 to eight, with Arkansas, Ohio and Virginia resuming executions after a hiatus,” the report said.

“Four states — Idaho, Mississippi, Missouri and Nebraska — as well as US federal courts, imposed death sentences in 2017, after a hiatus, bringing the number of US states imposing death sentences to 15.”

Among Americans, 54% favor the death penalty for people convicted of murder, while 39% are opposed, according to a Pew Research Center survey conducted in April and May.

That represents a slight increase since 2016, when public support for the death penalty reached a four-decade low, Pew said in a June news release.

Its survey found that 53% of Catholics favor capital punishment, while 42% oppose it. Support for the death penalty is highest among white evangelical Protestants, Pew said.