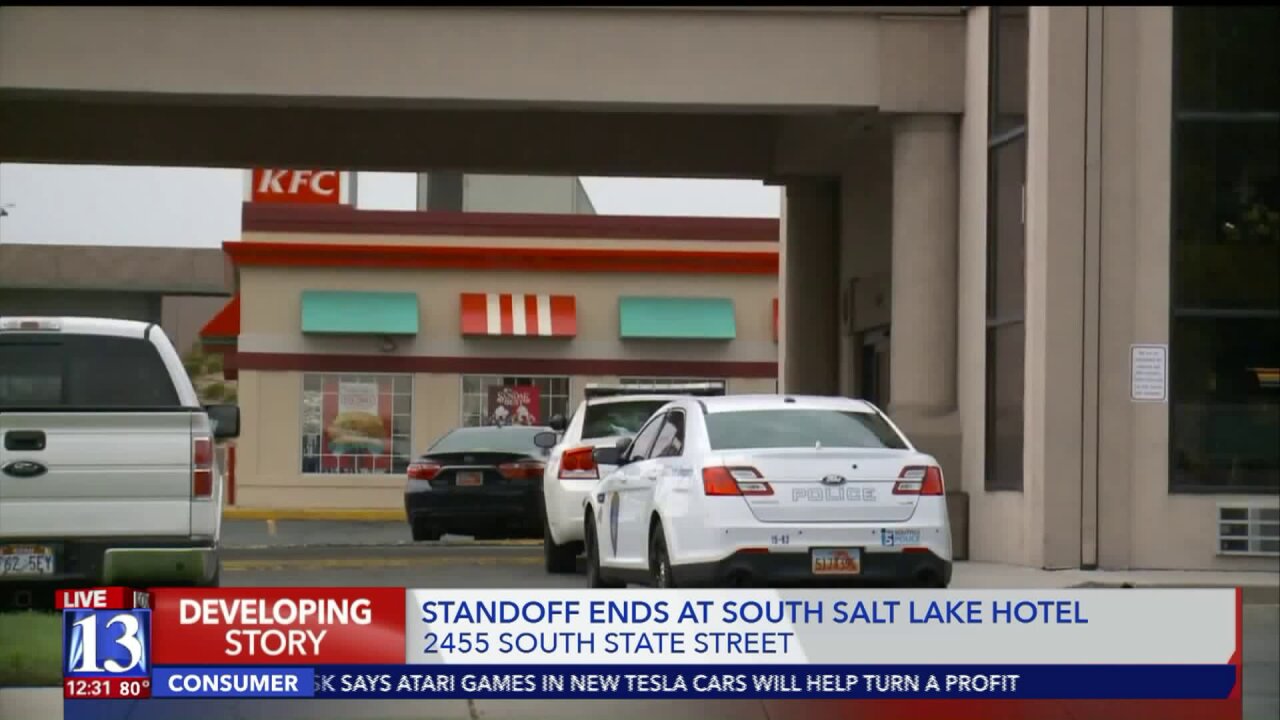 However, the ride share service has confirmed that the victim claiming to work for them is not one of their drivers. And while the victim said he was robbed of his cell phone while trying to help carry luggage, the suspect said the encounter was about "hooking up."

According to police, 27-year old Thomas Patrick Cooper holed himself up in the hotel room for three hours Thursday morning.

"At some point-- I'm not sure how-- but, the Uber driver leaves his vehicle and goes upstairs to help with luggage, or something," Keller stated.

That victim, Lansing Reaveley, told Fox 13 he drives for Uber and said he was called to the hotel to pick up a customer.

"My boss told me that there was going to be an extra tip, if I went in the room to help somebody out to get their luggage," Reaveley stated.

Reaveley said that when he arrived at the hotel room, the person invited him inside, then shut and locked the door.

"Somebody answered said, they said, 'Come in,'" he said. "I came in, they said, 'Have a seat.' I took a seat, and they pulled out a taser and a gun, demanded money and phone."

Police said a gun and taser were not involved in the incident, and that the suspect pulled out a stun gun.

"Survival mode kicked in," Reaveley said. "I stood up, and I knew the door was locked because I heard him lock it, unlocked it, opened the door and took off. And that's when he's all, 'I'm going to kill you, bro.' And, I just ran downstairs."

"The suspect let the Uber driver go. Took his cell phone and said, 'Okay, you can leave,'" Keller said.

After the encounter, and three-hour barricade situation, police took Cooper into custody peacefully.

As officers walked Cooper to the patrol car in handcuffs, he said, "I didn't do it. He wasn't an Uber driver, he was supposed to be hooking up. That was it. He came over here. He text me, this morning."

Cooper is now facing charges of offer/agree to commit sexual act for a fee, felony aggravated robbery and unlawful possession of a dangerous weapon.

Uber confirmed to Fox 13 Thursday evening that Reaveley doesn't drive for them, and a spokesperson said Uber is not involved in the incident.

"We don't have anyone with that name matching up with a driver account on the app," Kayla Whaling stated, in an email.

Suspect is taken into custody at Ramada in SSL after police say they robbed an Uber driver. Suspect yelled "I didn't do it!" as they were getting in the car @fox13 pic.twitter.com/EkOQfZSDdq