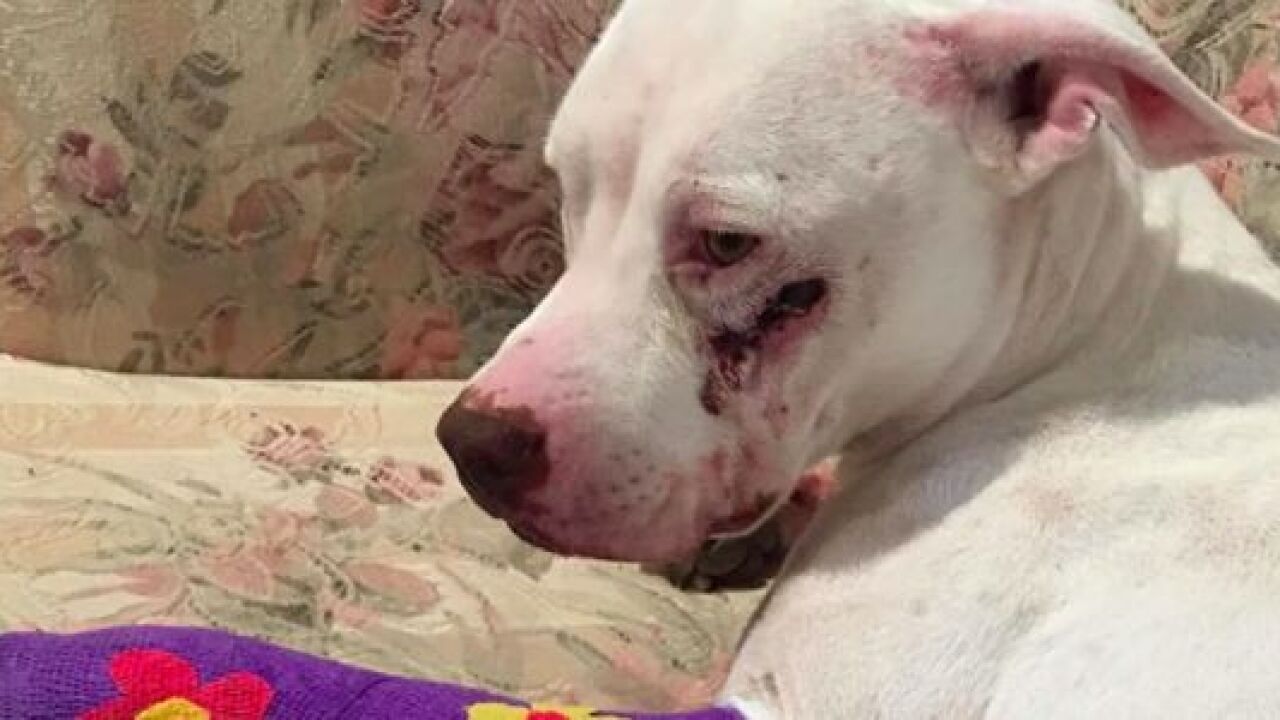 CARBON COUNTY, Utah – Thousands of people have signed a petition asking law enforcement officials to press charges against the last known owner of the dog Nala, who was found abandoned and badly injured in the desert.

The Care2 petition, which appeared to be created by the individual who found Nala on the side of the road, asked for police to hold the dog’s former owner accountable.

The petition detailed the events that led up to Nala allegedly being abandoned by her new owner’s in the desert:

“Nala’s family had had to make the difficult choice to rehome her after she was unable to get along with their oldest daughter’s new therapy dog. Nala’s mom, Brandi, carefully vetted the people who would be taking her and thought for sure their sweet dog would be cared for. Nala was passed around and ended up being given to Clinton Jorgenson who told Brandi he had euthanized Nala. Brandi and her children, Nala’s real family, were devastated and heartbroken!”

5 weeks later, my boyfriend and I found Nala on the side of the highway in rural Utah, mere inches from traffic. She was starving, dehydrated, sprayed by a skunk, and covered in cactus spines. Nala’s gums were torn down to the bone and she had a severely broken leg.

We rushed Nala to the Animal Hospital in Price, Utah and through facebook they were able to locate Brandi and her family. Nala had traveled over 40 miles in 5 weeks trying to make her way home. Nala is now happy and safe with her real family who will never give her up again.

Nala the dog, was abandoned in the desert

Brandi Cross, Nala’s owner, said that Nala was rescued three years ago. When one of her children had to get a therapy dog, they had to get rid of Nala, because she and the new dog did not get along.

Cross worked to find Nala a new home, finally finding someone she trusted to give her to.

”The deal was that if she didn’t want her or couldn’t keep her I was to get the dog back so that we could try and figure out something different. That didn’t happen,” Cross said.

As of Tuesday evening, the petition for Nala had already gathered 48,746 signatures. To view the petition click here.