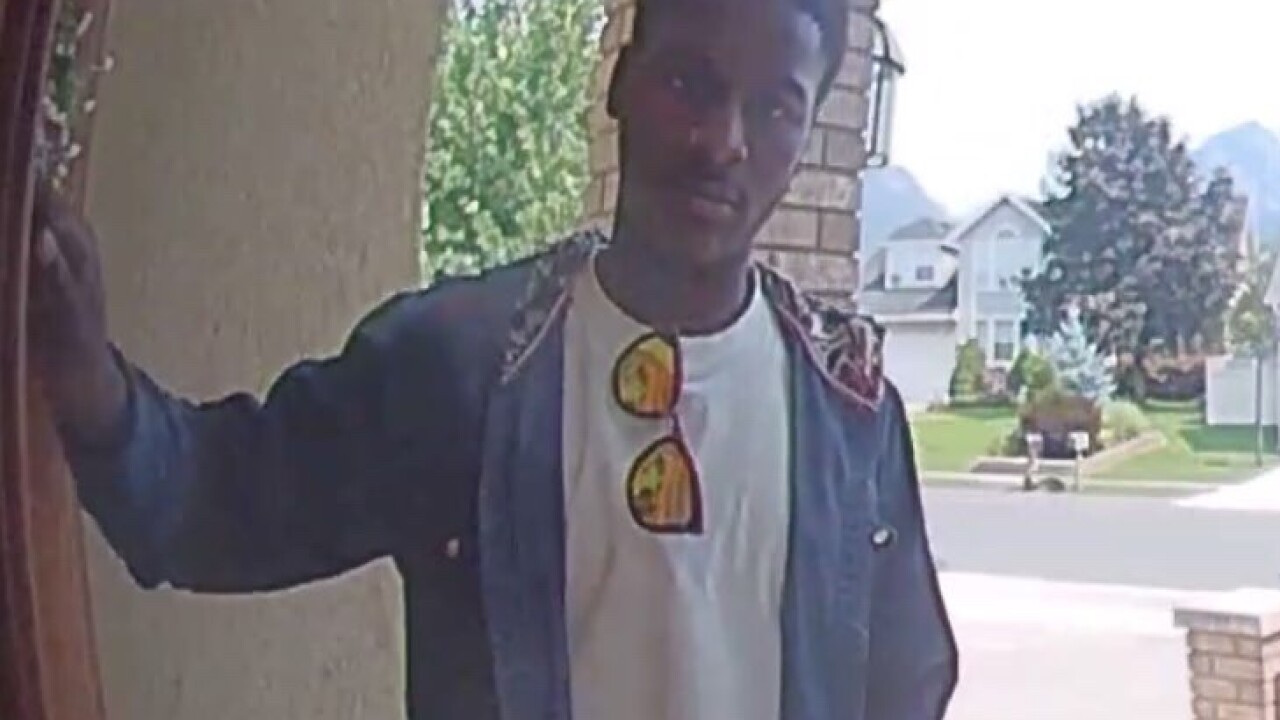 SANDY, Utah – The Sandy City Police Department is working to identify the suspect of an alleged package theft.

The suspect allegedly approached the door of a home, knocked, then took a package that the homeowner said contained $7 worth of window markers.

The suspect allegedly returned to the home several minutes later and looked into the windows of the home and the backyard.

Pictures of the suspect can be seen below:

Anyone with information on the suspect can contact the Sandy City Police Department at (801) 568-7200.