U.S. Secretary of the Interior Ryan Zinke speaks at Days of ’47 Rodeo 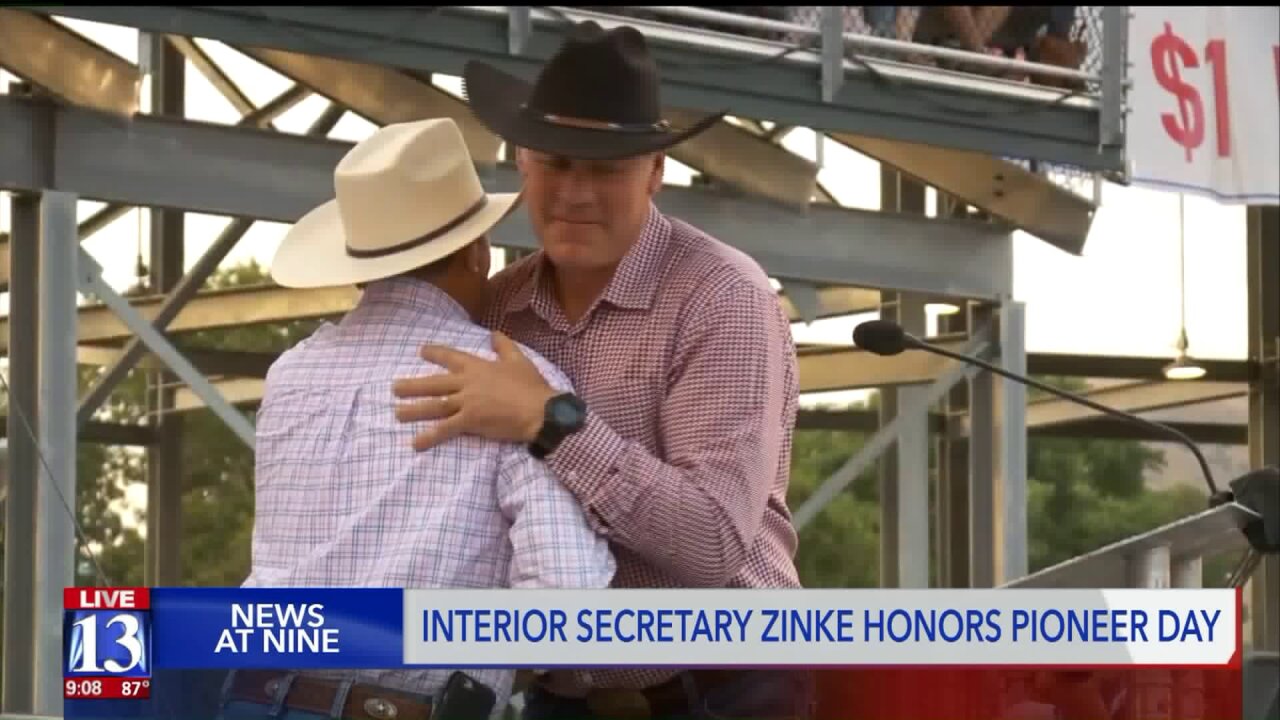 SALT LAKE CITY - U.S. Secretary of the Interior Ryan Zinke made a stop at the Days of '47 Rodeo Tuesday night.

“Well it’s great to be back in Utah,” Zinke said from the stage after being introduced by Governor Gary Herbert.

After a few brief thank you’s, he talked about why he recommended President Trump shrink the boundaries of Grand Staircase Escalante and Bears Ears National Monuments.

“These actions were based on the principle that access to our public lands and uses is for everyone. No one understands this more than Utah,” said Zinke.

Not everyone was cheering his visit.

“Zinke being here and people celebrating that, it’s a slap in the face,” said Carl Moore, a chairperson for PANDOS.

This week, our partners at the Salt Lake Tribune, reported Zinke’s office may have redacted information highlighting the economic benefits monument protections have brought to Utah. In a report originally released by the Bureau of Land Management, which is under the control of the Secretary of the Interior, several pages highlighted benefits. A day later, the report was released again with the pages redacted. Critics argue the pages were removed because they countered the Secretary of Interior’s office effort to shrink monument boundaries.

“Let me add my own voice to that of the Presidents in recognizing the 24th of July as Pioneer Day in Utah. May God bless America and my God Bless the great state of Utah,” said Zinke before leaving the stage.

He did not take questions from reporters.