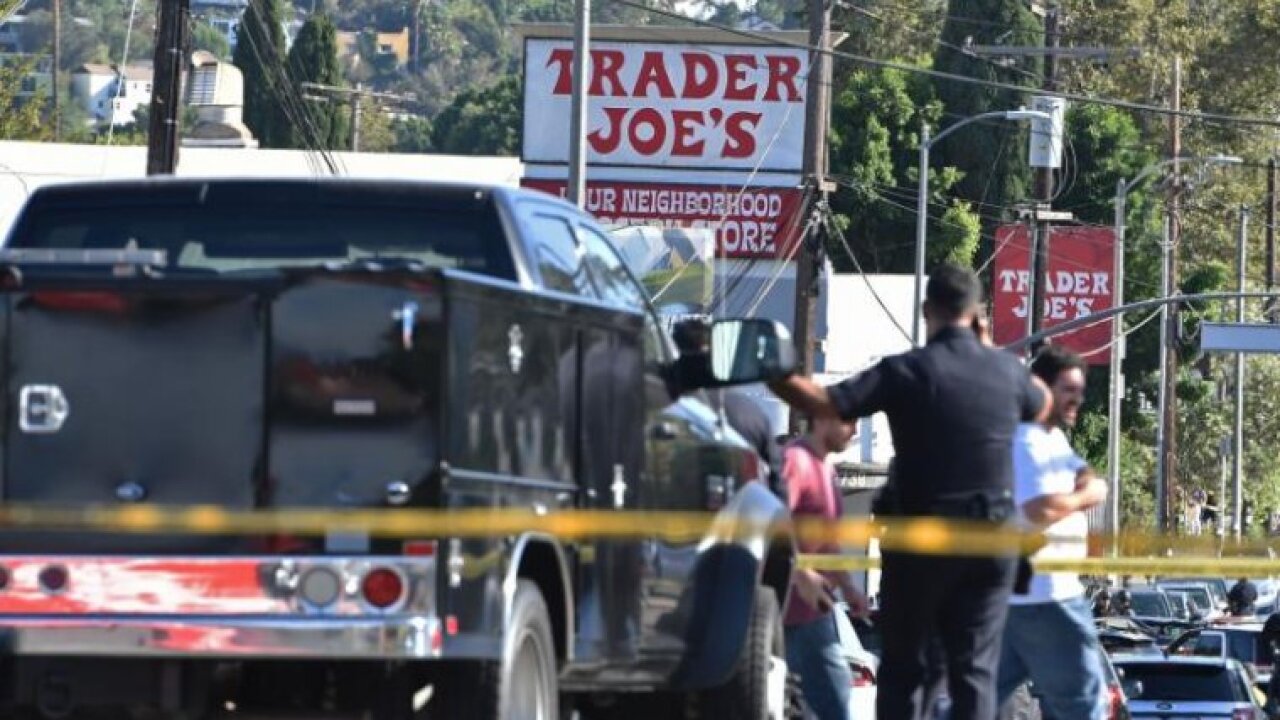 The victim was killed inside Trader Joe’s on Saturday evening during a shoot out. She was the store’s assistant manager.

“I am truly sorry,” Moore said at a news conference Tuesday. “It is unimaginable, the pain of the Corado family. We share the pain today.”

As Atkins fled in his grandmother’s car, he fired shots out the back window toward pursuing officers, police said. Authorities said the teen he kidnapped was shot in the head but survived.

Officers did not fire at the gunman during the chase. But after Atkins crashed the car outside a Trader Joe’s and continued shooting at police, officers returned fire, Moore said.

As Atkins fled into the Trader Joe’s, Corado was exiting the grocery store, police said. That’s when Corado was struck by LAPD gunfire.

After the fatal shooting, Atkins holed up in the store and kept those inside hostage. A three-hour standoff ensued, including hours of negotiations, before Atkins surrendered to police.

Both his grandmother and the wounded teen are in critical condition from their gunshot wounds, Moore said.

Atkins is scheduled to be arraigned Tuesday. Bail is set at $9 million.