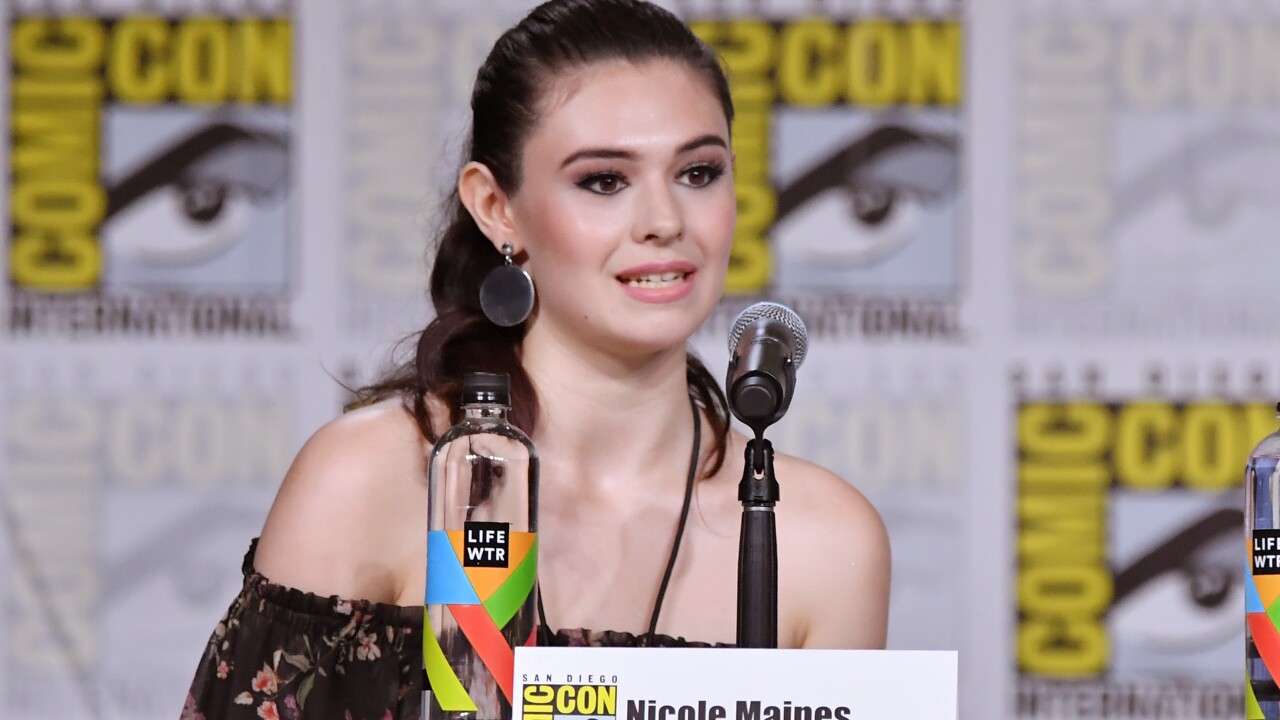 “Supergirl” will be introducing the first transgender superhero on television.

The announcement was made this weekend at San Diego Comic-Con that transgender activist and actress Nicole Maines will be joining The CW series as Nia Nal, described as “a soulful young transgender woman with a fierce drive to protect others.”

Here’s what to know about Maines:

She was born an identical twin

Maines, 20, has an identical twin brother. She told ABC in 2015 that she identified as a girl at a young age.

Her brother Jonas said he was extremely protective of his twin when they were growing up.

“When I was a kid my dad told me to look after her and to protect her and do what you have to do,” he said. “So that was a huge responsibility that I had to carry around for a lot of years.”

Maines decided as a teen to undergo sexual reassignment surgery.

As a young teen, Maines and her family were at the center of a battle over transgender children and school bathrooms.

In 2014, the state of Maine’s Supreme Court ruled to allow a transgender child to use the school bathroom designated for the gender with which he or she identifies after Maines and her parents filed suit.

The Bangor Daily News reported at the time that the fight was not easy for Maines.

“I wouldn’t wish my experience on another trans person,” she said.

Maines and her family were the subject of the book “Becoming Nicole: The Extraordinary Transformation of an Ordinary Family,” written by Amy Ellis Nutt in 2016.

That same year, Maines presented a TEDx talk about growing up transgender.

The actress recently talked to Variety about the controversy surrounding Scarlett Johansson being cast as a trans character in the film “Rub & Tug.”

Related: These trans actors could have been cast instead of Scarlett Johansson in her new movie

Johannson opted to step aside from the project following backlash.

“Cisgender actors don’t take trans roles out of malice,” Maines said. “I think it’s just failure to realize the context behind having cisgender people play transgender characters because we don’t see the same issue with sexuality.”