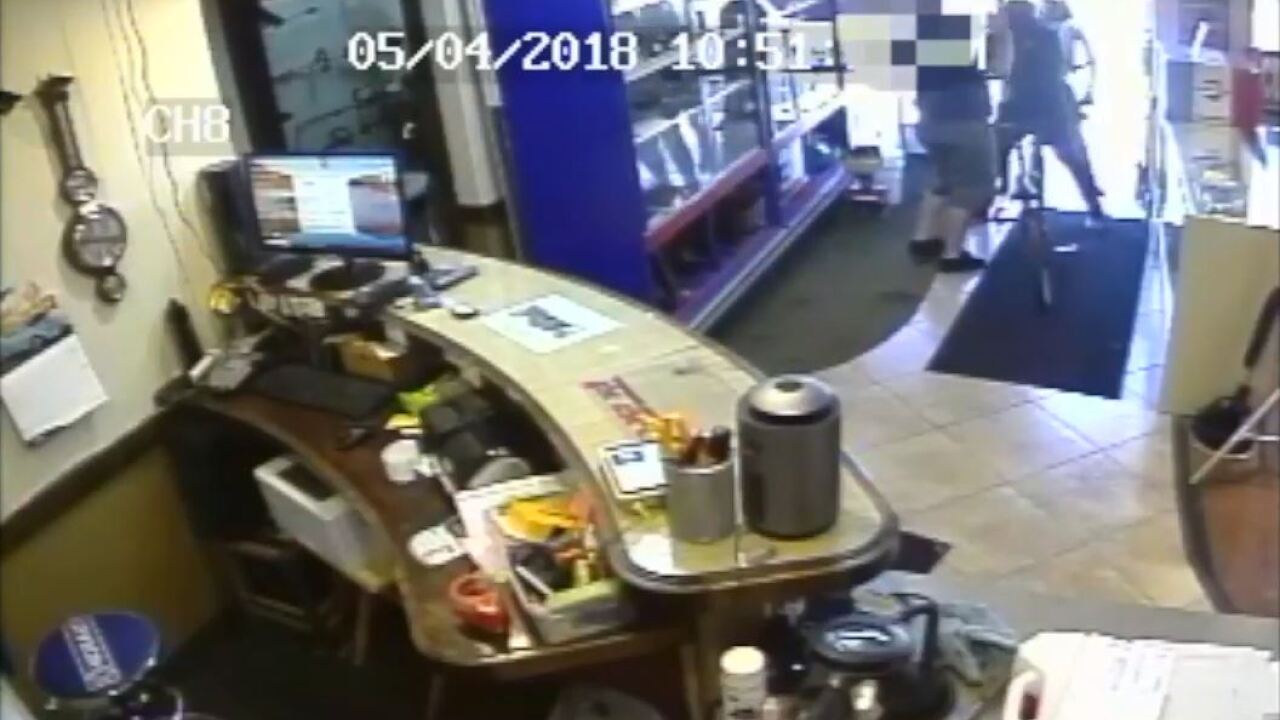 BOUNTIFUL, Utah -- Police have released surveillance video that shows a deadly shooting during an attempted robbery at a pawn shop in May.

Bountiful Police released the video to FOX 13 on Friday under a public records request, stating their investigation into the attempted robbery and shooting has concluded.

"You see the very dynamic nature of a violent encounter with an armed robbery," Bountiful Police Lt. Dave Edwards said of the video.

The video shows the owner of Bountiful Pawn fatally shooting 40-year-old Kleydys Arbolaez-Hernandez, who attempted to rob the store with another man on May 4 of this year—according to Bountiful Police.

Police said the two men entered the store and held the owner at gunpoint. The video shows the confrontation going into a storage room and the owner drew a concealed weapon.

"He retreats into a closet, draws his own weapon. There’s an exchange of gunfire there and ultimately, the suspect continues after the shots have been fired, attacks he store clerk until the suspect succumbs to his wounds," Lt. Edwards said.

On the video, the owner gets up and runs for help. Blood can be seen on one of his hands. The other suspect, 30-year-old Alexyanis Cutino Jiminez, fled the scene.

Jimenez was later captured in Texas.  He has been charged with 11 total robberies in a federal indictment.

The takeover robbery tactics are similar in crimes in several states, Edwards said.

"We can see in other videos detectives obtained in Oklahoma the same weapon was used, the same clothing. That was one of the things that tied the case up for us," he said.

At Bountiful Pawn, the owner declined to comment to FOX 13 on Friday about the video. Police said the owner was clearly defending his life.

WARNING: The video below shows a fatal shooting that occurred in Bountiful and may be upsetting to some. Viewer discretion is advised.