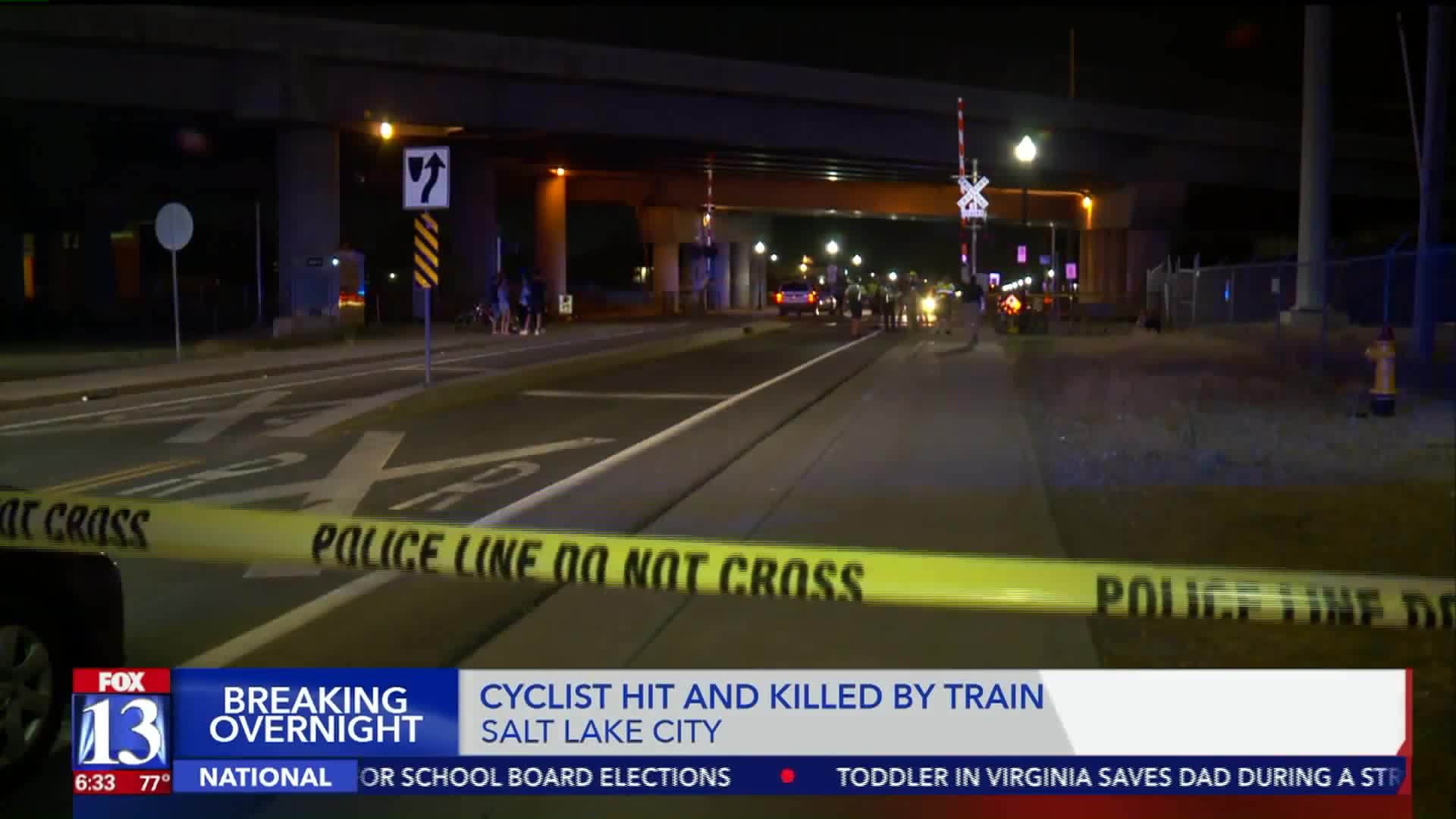 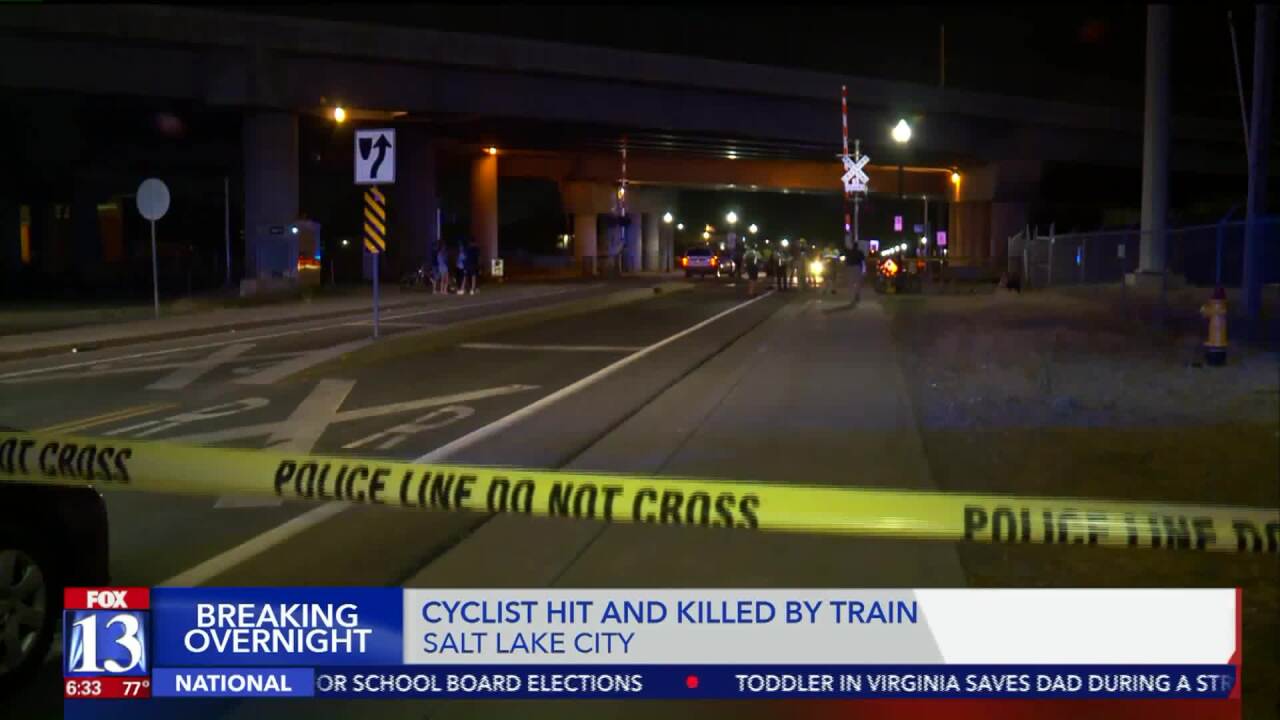 SALT LAKE CITY -- A cyclist was hit and killed while trying to cross the tracks ahead of a FrontRunner train in Salt Lake City while participating in a group bike ride Thursday night.

Utah Transit Authority says dozens of cyclists were participating in a night-time ride organized via a Facebook group called 999 Ride, and the fatal crash occurred around 11 p.m. near 900 South and 600 West.

UTA says some cyclists in the group decided to cross after the Union Pacific train but before the FrontRunner train arrived.

Most made it across safely, but a 23-year-old man did not cross in time and was struck by the train. He suffered fatal injuries.

"We feel for his family, his next of kin, his friends," UTA Spokesman Carl Arky said. "But we’re also grateful that it wasn’t worse. There could have been far more people injured or killed here."

UTA says a train of that size cannot stop right away but said the train was slowing down as it approached the crossing.

"The operator was shocked to see hundreds of cyclists near the tracks at that hour and several of them trying to cross the tracks and beat the train," Arky wrote in a statement issued by UTA. "He immediately sounded his horn and engaged the train’s emergency braking system but at 40-45 mph it takes some time to bring a train to a complete stop. And he can’t swerve or change directions."

UTA says this is an important reminder to all that whether you are on foot, in a vehicle or on a bicycle: You must wait for the crossing arms to lift and for the lights to stop flashing before proceeding through a railroad crossing.

Arky said he isn't aware of any previous incidents with injuries involving the 999 Ride events since he joined UTA last year, but he said even if there have not been incidents in the past it would have been beneficial for group leaders to contact UTA ahead of time to inform them the group's route would take them through a UTA crossing.

He said UTA had no prior notification of Thursday night's event.