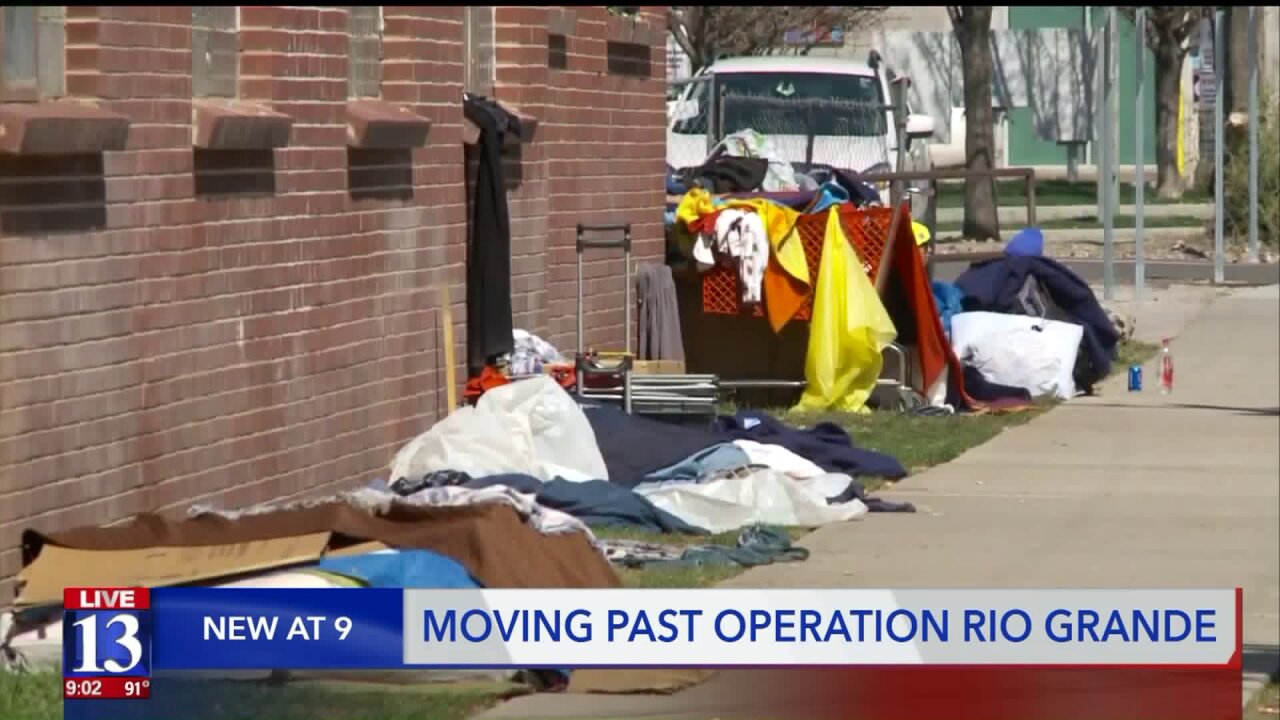 SALT LAKE CITY - Could the area of West North Temple become the next Operation Rio Grande?

"I hope not," said David Mayo, who lives off North Temple. "I don't want this area to turn in to a police state."

Mayo is referring to Operation Rio Grande which kicked off in 2017 in the Rio Grande District with the goal of arresting and separating criminals from the homeless who truly wanted help.

"I think they were ill prepared for when they all scattered out of there," Mayo said of the operation. "Now they're everywhere, and down here and they're giving the good residents here a bad name."

The community came together with Salt Lake City Police Wednesday night to discuss a remedy to the solution. Detective Greg Wilking with Salt Lake City Police confirmed the department is in the process of moving some of the officers out of downtown to other areas where the problem exists now. He said the more calls they get about homeless issues, the more officers they send to that area moving forward. It's sort of a "the squeaky wheel gets the grease" mentality.

"Exactly," Wilking said of the analogy. "That's what we're going to do is we are going to react where we get calls for service."