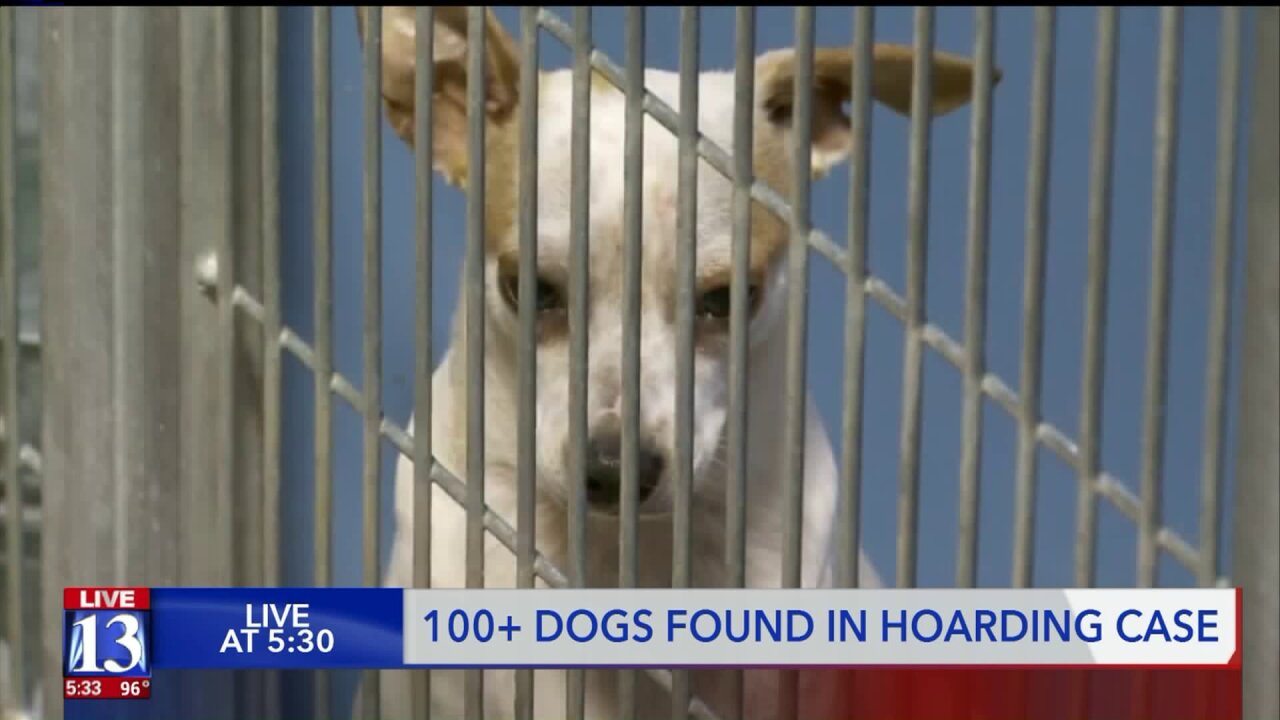 ROOSEVELT, Utah — Roughly 100 dogs are now in the care of the Roosevelt Animal Shelter and Furever Buddy’s Rescue after being rescued from a hoarding situation.

The dogs, ranging in age from newborn puppy to adult, were discovered at a home near Fruitland after their owner evacuated because of the Dollar Ridge Fire.

“They’re all scared and trying to figure out what changed in life,” said Melisa Stevenson, founder of Furever Buddy’s Rescue.

The dogs were rescued in early July and were found living in poor conditions.  Some tore through the upholstery of a recliner and found shelter inside the chair.

“There were some that have medical issues.  We had one that had its leg broke or chewed off.  Moms that the babies were too big to give birth so they had decaying babies in them,” Stevenson described.

The animals will now receive veterinary care and the attention they lacked.

“Start getting them all ready to go and find them forever homes,” Stevenson said.

They will be placed in foster care to learn basic social skills.

“The older they get, they are not socialized, so they are a little nippy and scared,” Stevenson said.

The shelter is practically at capacity with some kennels housing 5 or 6 dogs.  Stevenson and the shelter staff have worked long hours to make sure the animals are nourished and cared for properly.

“We’re exhausted.  We didn’t sleep for a couple of weeks,” she said.

But all the work will pay off when the dogs soon find a new family to call home.

“To me it’s rewarding,” Stevenson said.

The dogs are expected to be ready for adoption in a few weeks.

The shelter is in need of donations and foster families.   More information on how to donate or volunteer click here.