UTA employee fired after confrontation with women on FrontRunner train 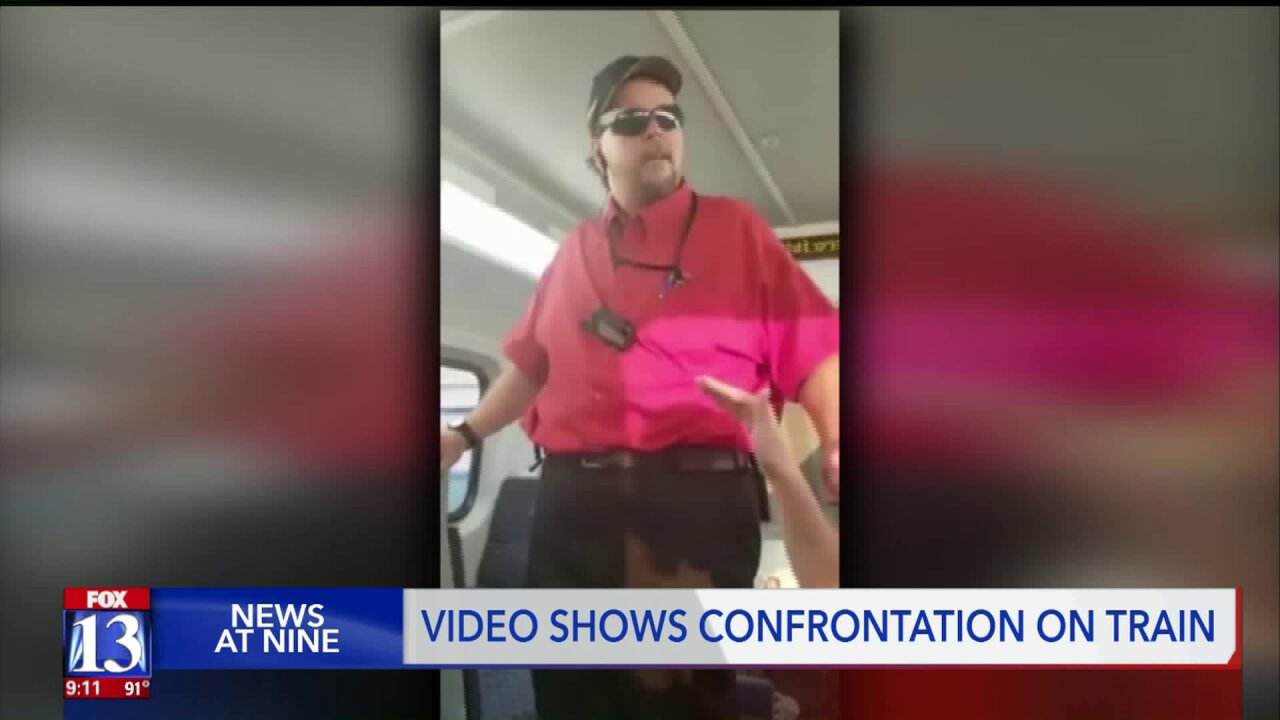 SALT LAKE CITY -- UTA has decided to fire the employee caught on video berating and arguing with a group of women on a FrontRunner train.

The women said it started when two of them went to the bathroom together to exchange feminine products while on their way to Ogden for the Twilight Concert.

“Right when we got inside, somebody started shaking on the door and was like, 'Only one at a time.' And it was kind of violent,” recounted Camille Hoerner.

Hoerner said the person didn’t say who they were, and they were gone when the girls opened the door. She said they thought someone tried to break into the bathroom and they felt unsafe.

When the other women had to go to the bathroom, they went in a group of three.

“Safety in numbers,” Lexi said. “We're in a public area.”

After the women returned to their seats, the UTA employee paid them a visit and that’s when they say he began to make inappropriate comments.

The employee left and Christy Atkinson, who saw the first confrontation, she could hear from her seat that the girls were upset.

After Atkinson returned, that’s when they say the employee again came up to their seats. This time, Lexi pulled out her phone to record the interaction from there.

Lexi and Childs tell the employee he shook the bathroom door and tried to push it in.

“You know what? I don’t care what you all say,” the employee says.

The women talk about how they were exchanging tampons as the reason for doubling up in the bathroom, and ask him what’s wrong with that.

"Why does it take all three of them 10 minutes?” He asks them. “What... were you putting them in each other?"

Alyssa responds, "What the [expletive] is that?"

After an exasperated back-and-forth, you hear Atkinson repeat what the employee told the women, and ask, "Did you really just say that?"

"You know what? I don't care why you guys were in there," the employee rebuts.

“You should care,” Childs says. “We are women. We need tampons sometimes.”

At one point the employee tells the women that he tried to ask them several times not to go into the bathroom together.

The employee later says that he got complaints about the women from other passengers.

“You have no idea what we catch people in these bathrooms doing,” he says. Childs follows with, “Okay, other people doing their [expletive] doesn't mean that's what we were doing.”

Atkinson said after calling the women names, the employee walked away and they stayed on the train until they got to Ogden.

“You cannot say that to passengers, it's not okay,” she said.

“That was so unprofessional, and uncomfortable and degrading,” Childs said.

Carl Arky, spokesperson for UTA said they’ve seen the video, after Atkinson shared it on social media. He said they acted immediately, placing the employee on administrative leave, while they began an investigation.

“We’re sorry that it ever happened,” Arky said. “These are not the kind of encounters we ever want to see happen on our trains, or our buses, or any of our vehicles.”

Arky said there are regulations and policies when it comes to bathrooms on the trains. He said they’ll interview the employee to hear his side of the story, as they work to figure out all the details of what transpired.

At the end of the day, he said, they want to treat all their customers with courtesy and respect. He said the situation got out of hand, and indicated that they’d be talking with all their employees in light of the incident.

Arky said UTA has reached out to one of the families of the women involved, to speak with them.

“We've talked to some UTA representatives and they've been incredibly nice and apologetic to us,” Hoerner said, adding, “but still, we'd like to see action out of this because how he treated us, and how he responded to us was not okay.”

Following the investigation, UTA announced Friday that the employee has been fired, however they will not be releasing his name.

Watch the full video below.