Baseball’s the buzz for kids at Bees Kids Clinic 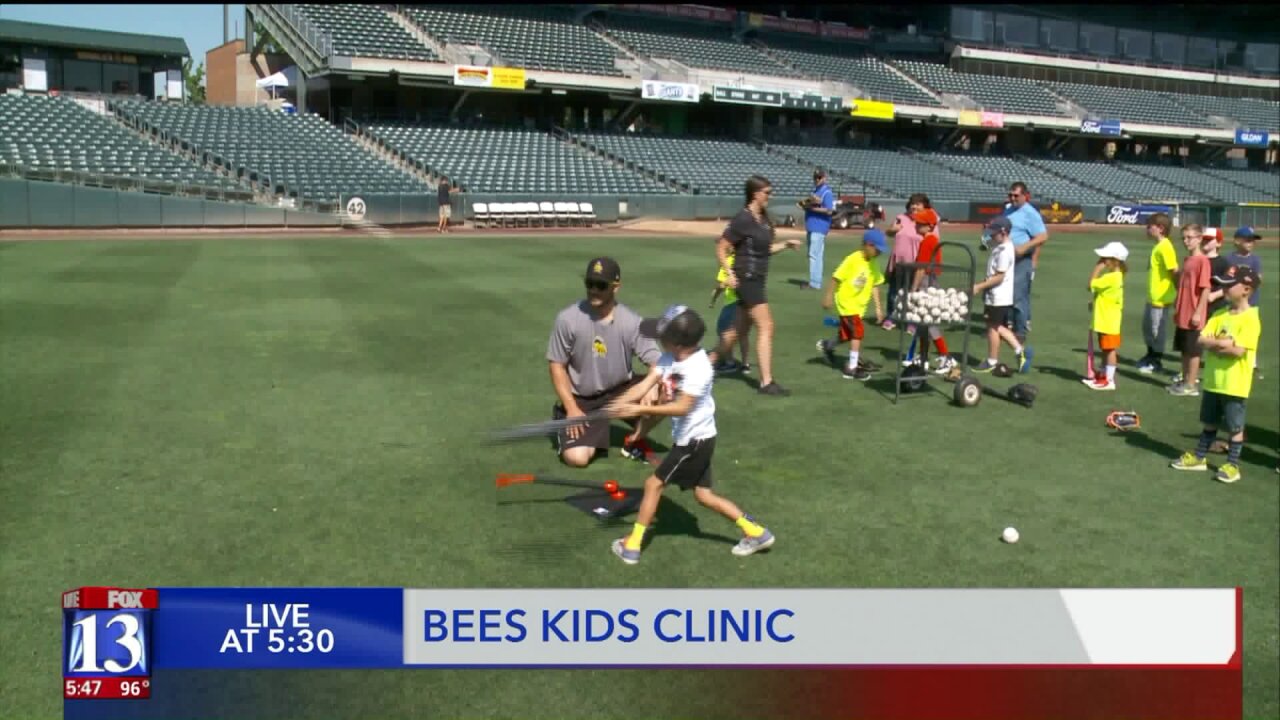 SALT LAKE CITY – One hundred kids are trading in their sneakers for cleats, brushing up on their baseball skills alongside some of their favorite minor league players for the Bees Kids Clinic.

“Yeah!” one of the Salt Lake Bees players exclaimed as a kid tucks and rolls to catch a ground ball.

“Oh yeah! Give me some!” another player yelled out across the field as a kid dives to the ground to catch a fly ball.

“Nice!” another player remarked after catching a ball thrown by one of the kids with his bare hand, “I’m going to have to go get a glove,” he laughed to himself.

“Swang it! Ding!” another players can be heard from the batting station.

Or just hanging in the Bees’ club house.

“What’s going on guys? Ready to check out the club house?” another player said to a group of kids donning their best baseball gear.

“It’s like a dream come true! He couldn’t sleep last night he was so excited to come and do this,” said Lisa Almberg referring to her 6-year-old son, Jackson.

“To them it’s almost mindboggling, they don’t realize how cool it is,” said Mathew Cahoon, the youth program coordinator for the Bees Kids Clinic.

Kids 12 and under took a step out of the stands and onto the field at Smith’s Ballpark.

“When you’re sitting up in the seats you don’t realize, you’re looking this way,” Cahoon said standing in the outfield. “You get out here and you look this way, there’s a lot of seats and it’s big league time,” he laughed.

“I was in these kids’ position, I’ve been to these camps, I know what it’s like to meet the players, learn from them, interact with them,” said Greg Mahle.

“I know all of these players,” said Jackson.

“Stride right towards the pitcher, show me how it’s done,” one of the players said as he coached Jackson on batting.

It’s one day at the ball park they’ll never forget.

“I see him looking up to someone he respects and looks up to, and taking it all in trying to learn the skills he needs to,” said Lisa.

All participants are members of the Bees Kids Club, memberships are offered through the Bees online HERE.