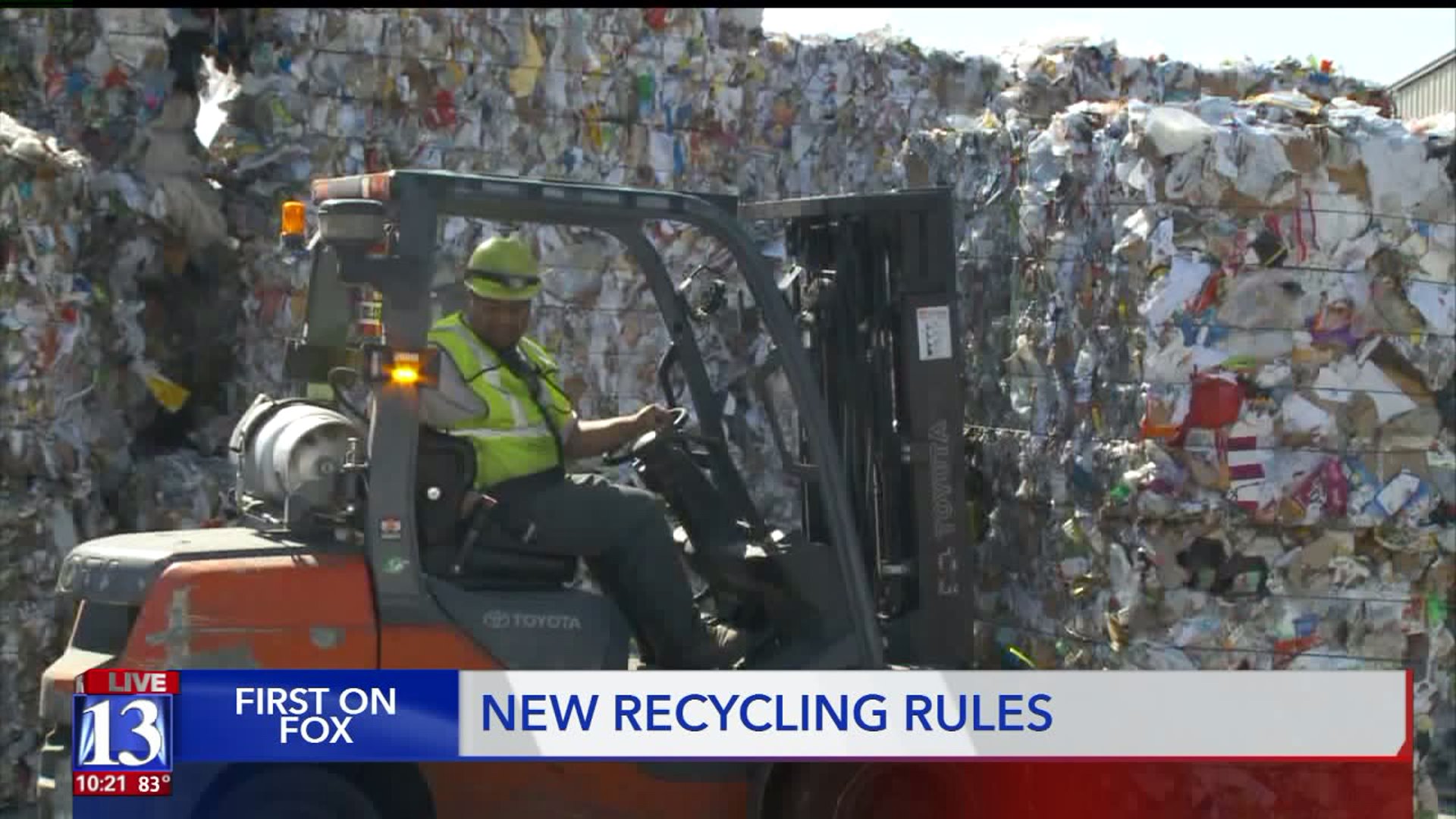 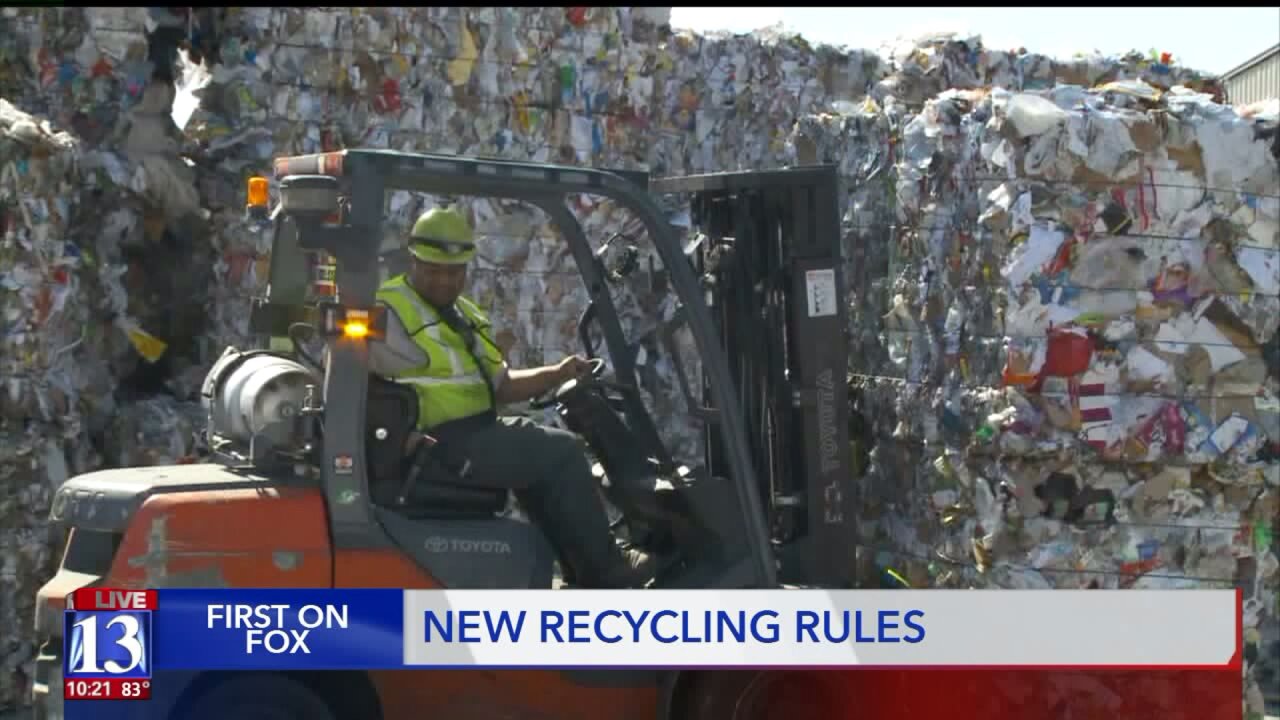 SALT LAKE COUNTY -- A change in recycling regulations halfway around the world is impacting companies in Utah, and some recycling businesses said it means adjustments to what's allowed to be thrown in your recycling bin.

Historically, the plastics accepted included those with the number 1-7 on the bottom, and Salt Lake County Sustainability Manager Ashlee Yoder pointed to various examples sitting on shelves at their education center.

An empty bottle of Joy dish soap is a #1 plastic, as evidenced by the "1" that sits imprinted inside the recycle symbol on the bottom. A milk jug is #2, and so on.

But the Chinese government made recent regulation changes in what they'll accept, and she said it's trickling down to someone at home wondering if they can recycle something as simple as their cup.

"Understandably, people are concerned about whether this material can be recycled now or not," she said, holding a cup labeled as a #5 underneath.

She said the items now accepted include plastics 1 and 2, and she said China is no longer accepting some mixed paper.

The second someone lifts their blue bin lid to cast away a paper or plastic product, that item starts a journey.

There's the curbside pickup, the conveyor belt sorting at a recycling facility, the compression of the material into a bale, the hauling off and exporting-- most likely to China.

She said in addition to the recycling bans, the government in China implemented a strict contamination standard of .5 percent.

That means the bales they import must not contain more than .5 percent stray banned materials, or they won't be accepted.

"The market is in pretty big trouble," she said. "All of a sudden, one of the biggest purchasers is basically not taking material almost at all."

To cut down on contamination and to comply with the new bans, she said they are focusing on how to clean the recycling stream.

"Hitting that standard means cleaning up the recycling on this end pretty significantly," she said.

ACE's regulations go beyond looking at the plastic numbers, and Smith explained for them it's about the shape of the item.

"Right now, pretty much the only plastic actually getting recycled consistently is plastic bottles and plastic jugs," she said.

That means they aren't accepting plastic containers, cups, or plastic bins used to store food-- even if they contain the numbers 1 and 2 on them.

They printed 27,000 fliers and handed them out to residents, and she said they've teamed up with the city to hold people accountable with 'oops' tags.

"They're actually going can to can, and looking into the recycling," she said, of West Valley City and ACE workers.

If they find a recycling bin with garbage in it or common violations like pizza boxes, plastic bags, glass bottles and items bagged in trash bags, they leave an 'oops' tag on the bin and the homeowner gets a "strike."

"After your third strike, the city can take your can away," she explained.

Yoder said these kinds of bans may not be permanent. She said there's new technology that may allow the recycling of plastics 3 through 7 in the future.

"We are sort of in that holding period until we develop sort of new channels for these things," she said.

Not every recycling company is following the same rules, and Yoder said it's best to check with your city first.