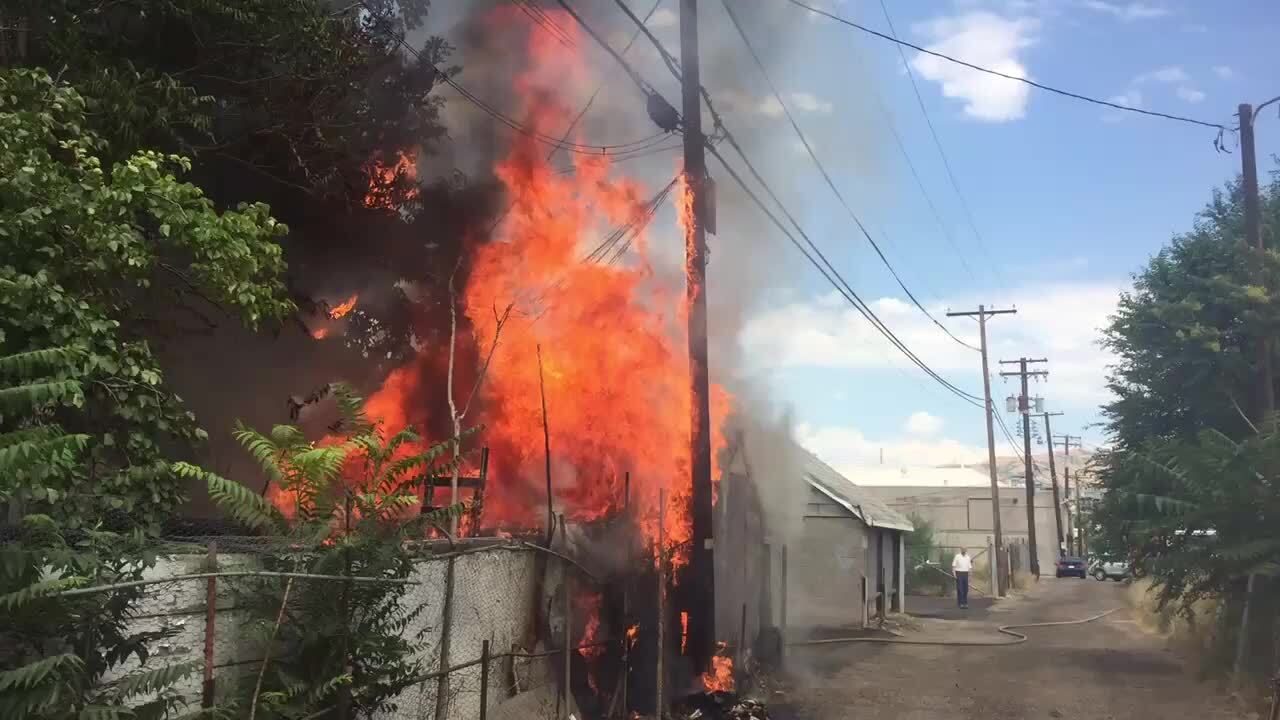 According to Captain Jeffrey Vaughn with the Salt Lake City Fire Department, the fire occurred near a fire station close to 1300 S. Main St.

A garage and a carport were fully engulfed in flames when crews arrived, Vaughn said. Firefighters initially had a difficult time accessing the fire, which was in the back of the home.

“The contents of the garage was destroyed,” Vaughn told Fox 13. “We were able to work with the water we had in the tank to start taking care of the fire.”

Fire officials were able to save two rare cars that were in the yard of the residence, Vaughn said. While crews were fighting the fire, the homeowner was able to help firefighters push the cars away from the flames.

The fire was under investigation, but crews said the electrical pole may have been involved.

Video of the fire can be seen below: