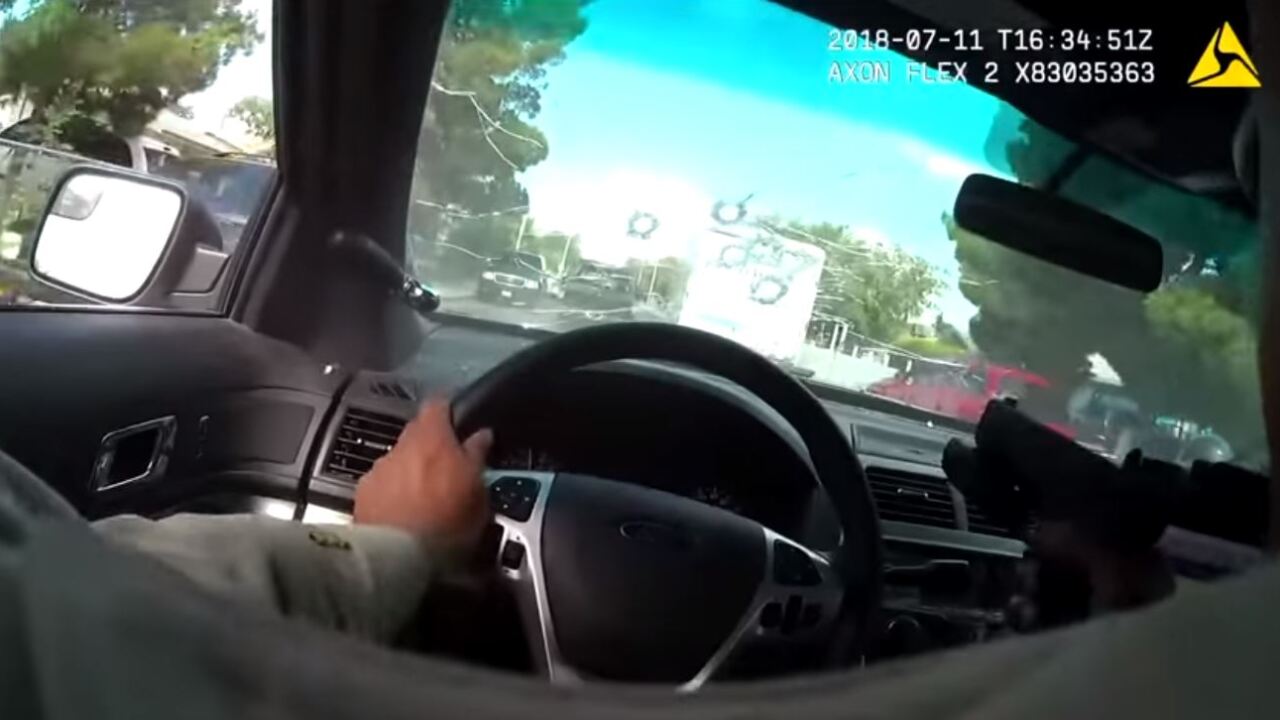 Please allow a moment for the video below to load.

LAS VEGAS –  Dramatic body cam footage of a Las Vegas officer-involved shooting was released Monday, in which an officer appears to shoot at a suspect through a patrol car windshield.

Assistant Sheriff Tim Kelly with the Las Vegas Metropolitan Police Department said that on approximately 9:30 a.m. on July 11, officers observed an SUV that appeared to be connected to an attempted murder where a victim was shot multiple times.

A video of the full press conference on the incident can be seen below: