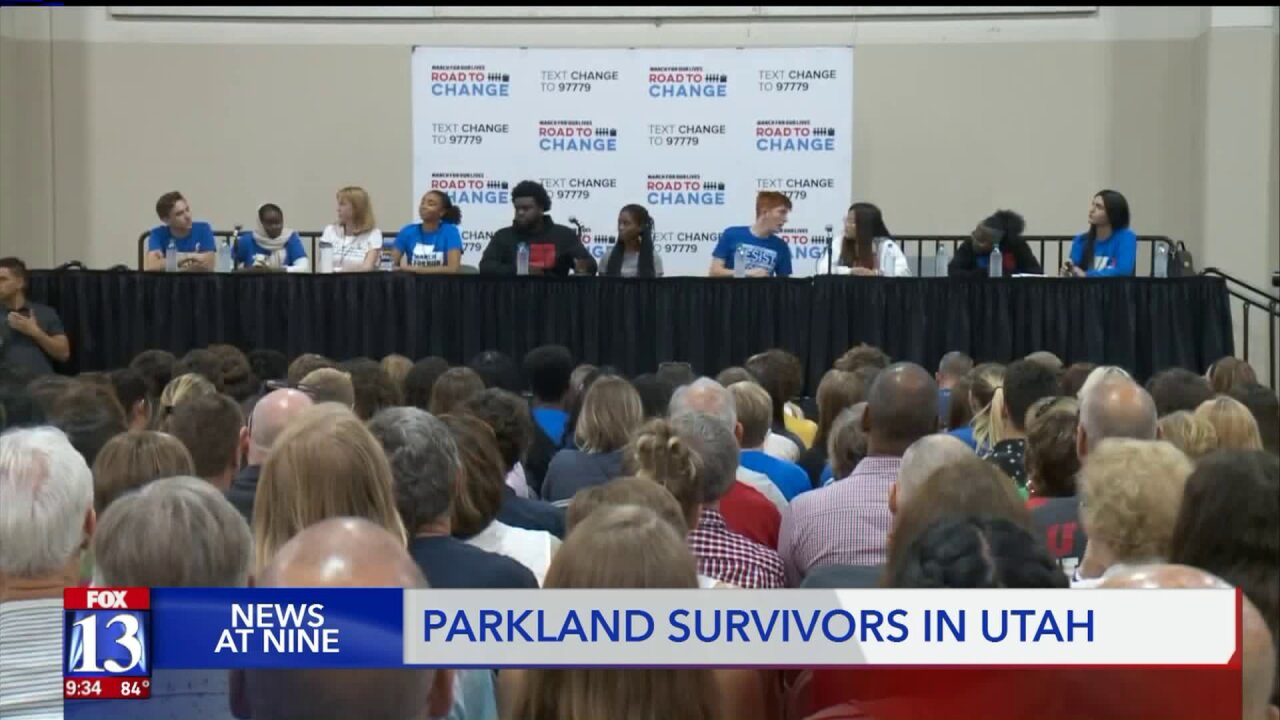 Roughly a thousand people on both sides of the gun control debate attended Saturday’s event.

Students with March for Our Lives Utah organized the discussion, which was part of the Road to Change Tour.

Panelists answered questions on possible solutions to end gun violence from students and adults in the crowd.

The Utah Gun Exchange, a group against gun control, has been following the tour around the country, sometimes driving a military style vehicle to the events.

Survivors of the Parkland shooting say they aren’t intimidated by the display.

“They make money off of following kids around the country trying to fear monger teen activists that simply do not want to die and at the end of the day that is not okay because they are distracting from the message that nobody wants to see these kids die and they are making money off of it and I find that personally disgusting,” said David Hogg, a member of March for our Lives and a Marjory Stoneman Douglas student.

The Utah Gun Exchange says they are trying to present an alternative message.

“We are not trying to intimidate anyone we have had a very peaceful dialogue,” said Sam Robinson, co-owner of Utah Gun Exchange.  “It’s important to provide an alternate message that's sensible, that says, 'let's finds a way to keep our schools safe without violating our constitutional rights.'”

March for Our Life members said responsible, law abiding gun owners will not be affected by the legislation and change they are seeking.