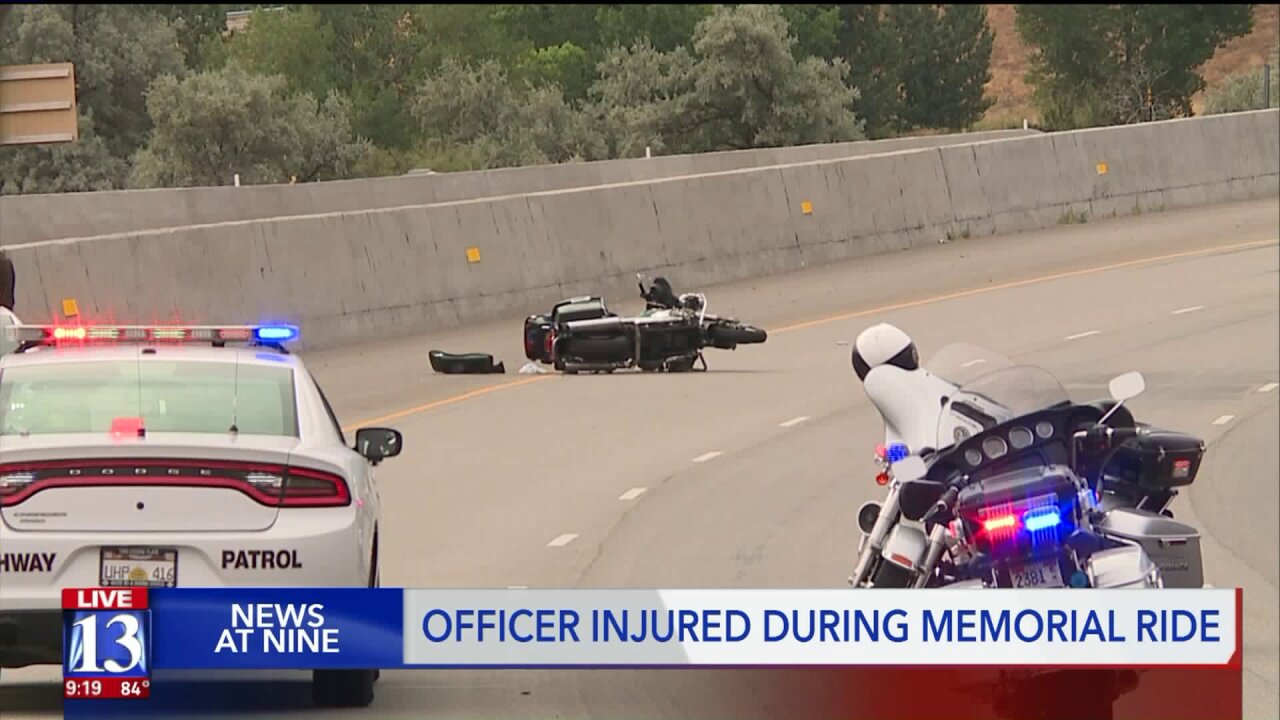 Utah Highway Patrol Sergeant, David Moreno, said a Utah County Sheriff's Deputy was riding along I-215 trying to catch up to other officers in a motorcade, when his bike started to wobble.

Unable to control the motorcycle, he hit the barrier, rolled and came to a stop.

"Fortunately, he had his helmet on and that's the message we want to deliver," Sgt. Moreno said. "It's just so critical to see that people wear it."

The deputy was rushed to the hospital, and according to Sgt. Moreno, has road rash and may have a broken arm or collarbone.

Witnesses mentioned the deputy appeared to be driving fast, but sergeant Moreno said they will inspect the motorcycle to see if any malfunctions contributed to the deputy's accident.

Just moments before the accident, the deputy had joined troopers from Unified Police and Utah Highway Patrol, among other agencies, for an honor ride.

An annual event held to raise money for and to honor troopers.

According to Art Wing, the CEO of Wing Enterprises Inc. who helped put on the event, 100 percent of the money raised goes to honoring heroes and officers.

"The police work don't make a ton of money and they have bills just as big as the rest of us," Art said. "If we can help in any way, we are happy to do that."

Art's brother, Doug Wing, Vice Chairman of the Little Giant Ladders, also pitched in. He said they started this event a year after their father passed away - he loved to ride motorcycles.

Doug said they were able to raise about $50,000 last year and hopes that in remembering his Dad, he can take care of Utah's troopers too.

"We just try to help them with this ride and do what we can to help them," Doug said. "If someone is killed or injured on the job, we help take care of them."

James Roth, President of Honoring Heroes Foundation, which were recipients of Saturday's donations, said the turn out was more than last year and he was excited for the two hour motorcycle ride.

"A lot of the motor officers here are some of my good friends," Roth said. "We're all here supporting you. We're there for you and we want you guys to come home to your families."