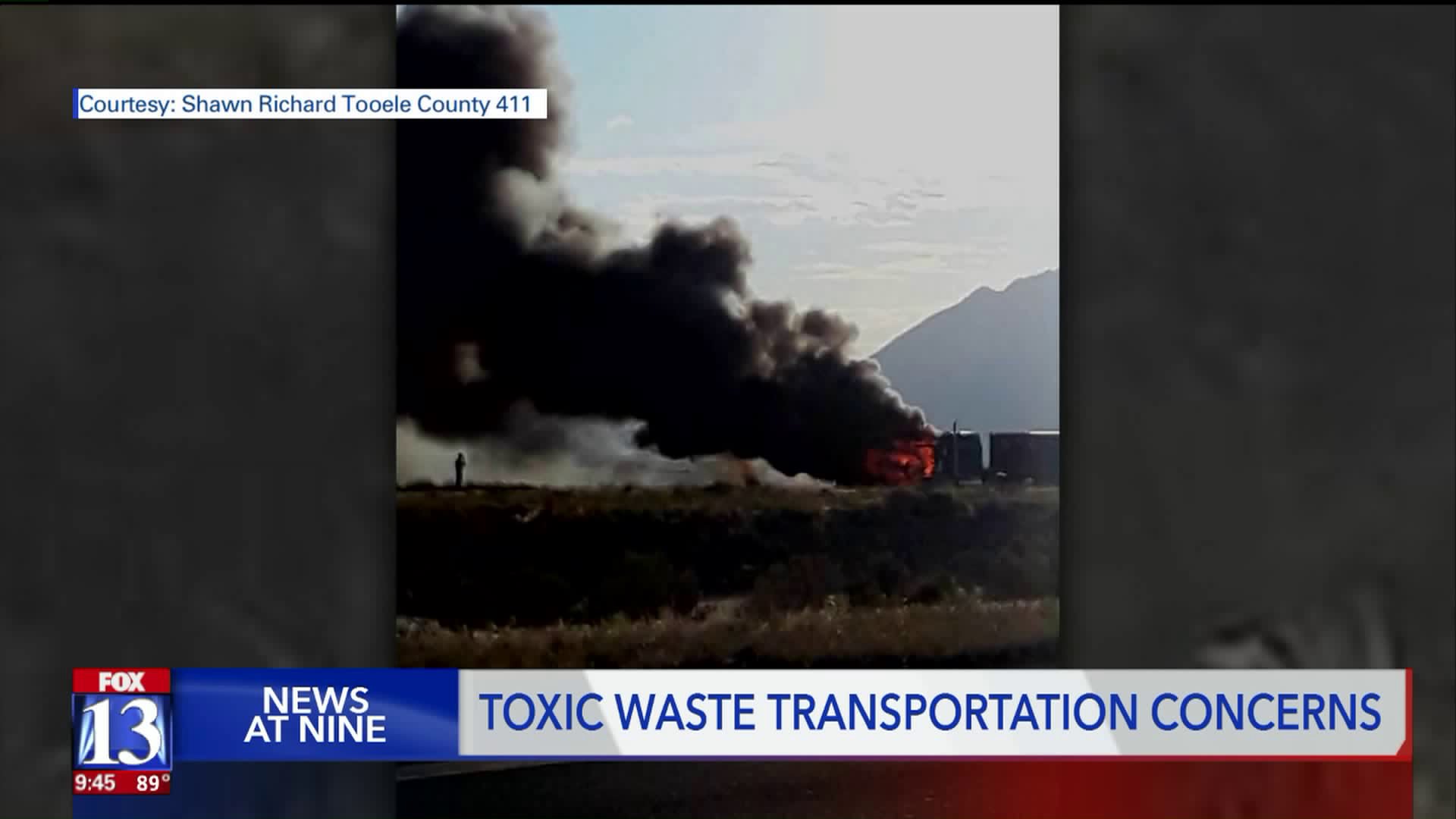 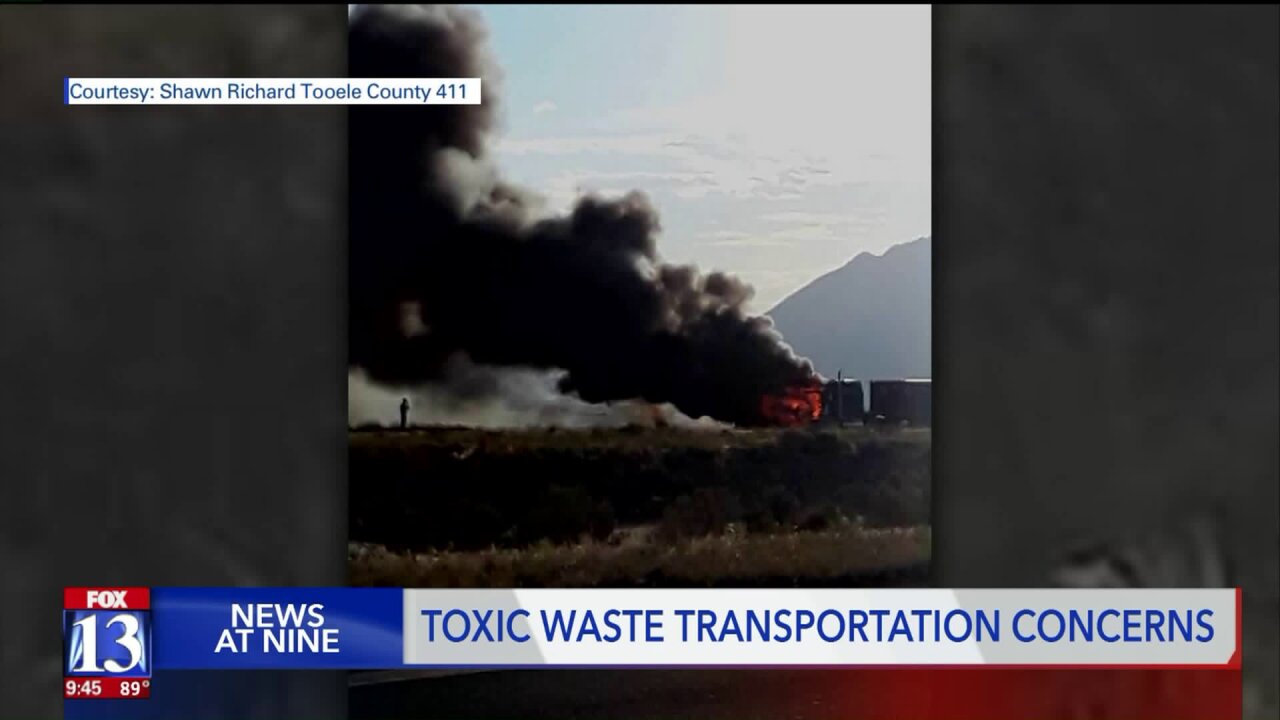 SALT LAKE CITY - A group of environmental advocates is concerned about the risks presented by shipments of toxic waste traveling through Utah.

While the containers carrying the dirt were not comprised, Heal Utah believes the accident could foreshadow things to come.

“This truck accident is a good example of why we can’t just assume it’s always going to be safe,” said Dr. Scott Williams, the Executive Director of Heal Utah.

The truck was headed to a dump site operated by Energy Solutions.

The company sent FOX 13 this statement:

The semi-truck which caught fire on I-80 was carrying slightly contaminated soil from an EPA cleanup site in Pennsylvania destined for the EnergySolutions Clive Disposal Facility. The trucking company is not associated with EnergySolutions and is a third-party subcontractor to the EPA.

EnergySolutions dispatched technicians from the Clive facility to assist with the situation and assessments indicate that both waste containers had not been breached.

Heal Utah worries more of these shipments will be passing through the state as the nation sends its contaminated waste to sites in the desert.

He hopes regulators do something to keep that waste closer to where it was created.

“The more dispersed it is, the less likely it is you’re going to have one place that is put at very, very high risk,” Dr. Williams said.

The shipments will not be ending anytime soon. As they continue to pass through the state, Heal Utah wants to make people aware of the potential dangers lurking on the Interstate.

“There isn’t a lot of attention to the safety measures put in place as that is being transported into Utah,” Dr. Williams said.