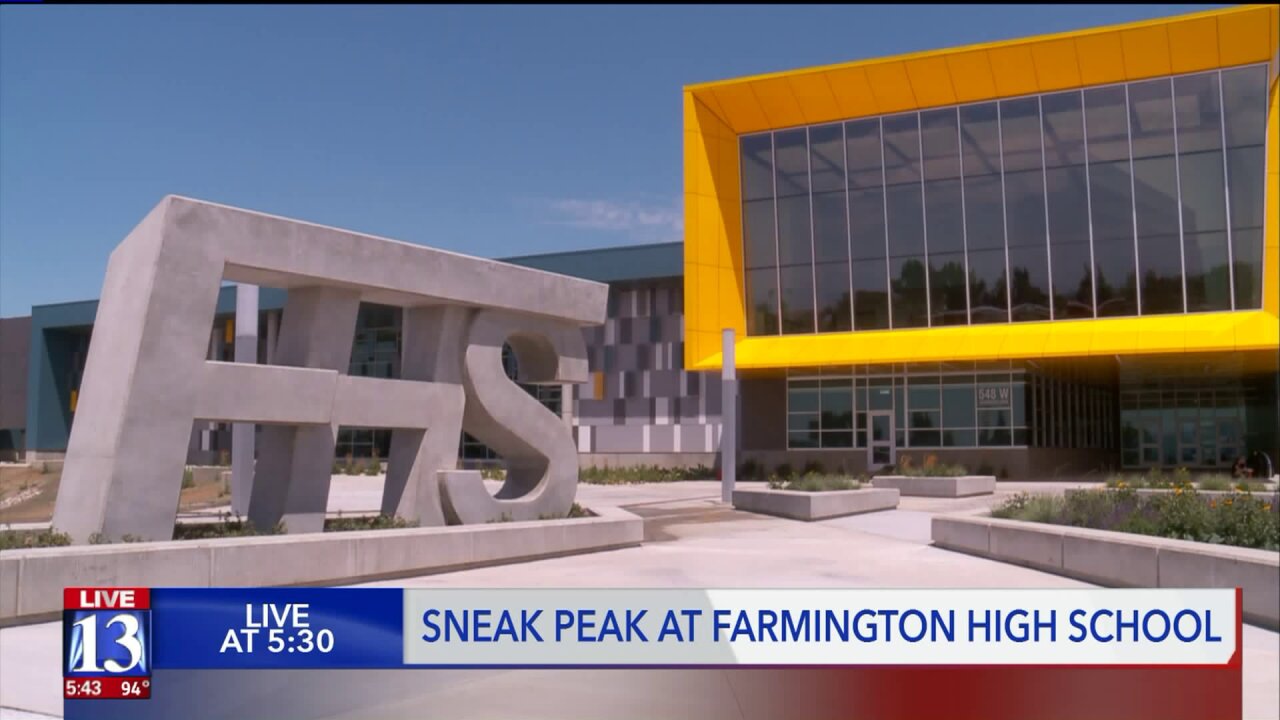 FARMINGTON, Utah -- Welcome to the brand-new Farmington High School, 405,000 square feet of state-of-the art architecture designed with the intention of treating these students like young adults.

After two years of construction, the vision of this modern school setting is coming to life.

“We’re excited to now finally start having students in the building,” Swanson said.

Graduating from old school methods, Farmington High has several different sized classrooms, getting rid of the homeroom policy where teachers are assigned to a specific room, according to VCBO Architecture’s Jeanne Jackson.

“The teachers all have their own office where they will meet with students and have office hours much like a college professor,” Jackson said.

Forget assigned lockers, each student can pick a new locker every day and use a personal digital code to lock it up. Teachers won't be confiscating students' phones, in fact there are charging stations everywhere.

“It’s a new tool," Jackson said. "It`s a way that we all live now and we might as well accommodate it."

In the classrooms, everything is mobile. The tables and chairs are all on wheels. You also can write on everything with a dry erase marker, from the walls to the desks.

The building also features smart windows that automatically tint themselves so students get access to a ton of natural light.

“Natural daylighting increases learning by a factor of you know 20 percent,” Jackson said.

“The mythology in itself is there is only one Phoenix at a time and so we are the Phoenix. We`re bringing together different communities and we`re coming together as one,” Swanson said.

You'll only be hearing “Go Phoenix” around here.

There are a few more finishing touches before just over 1,500 students walk in for the first day of school on August 22.