Negotiations under way again over inland port, without SLC’s mayor 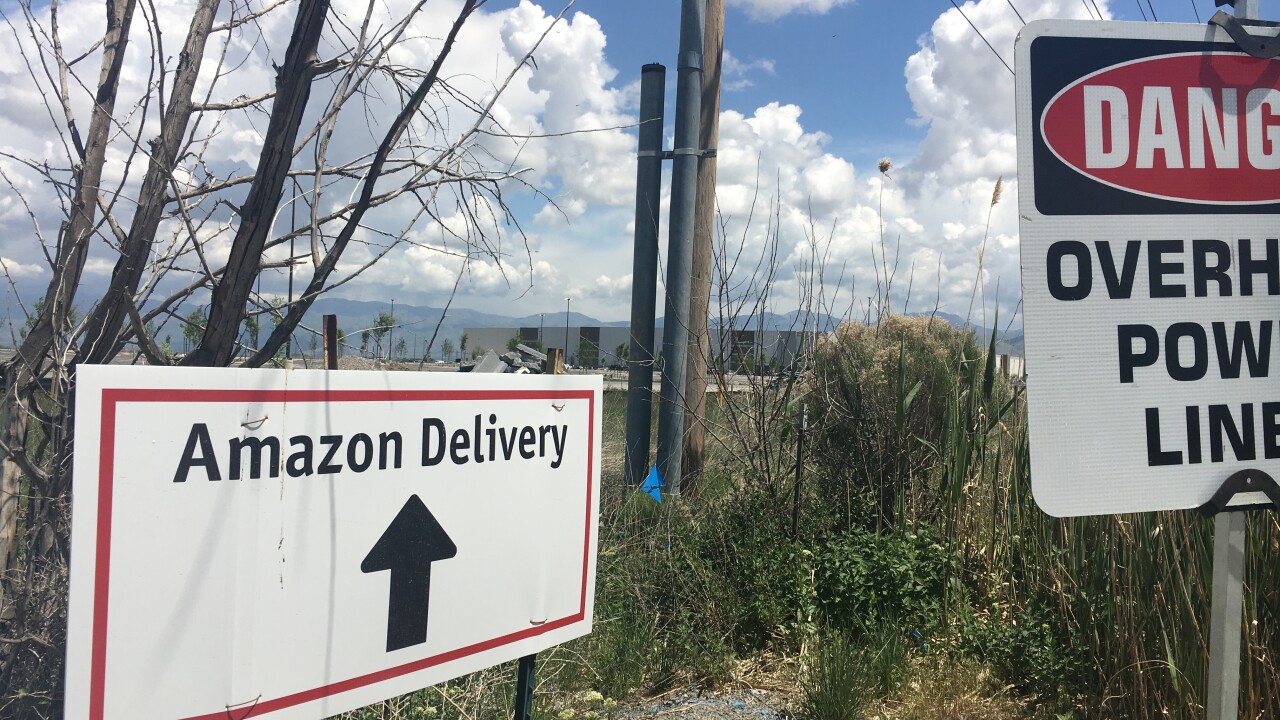 The Amazon fulfillment center under construction in the Northwest Quadrant. (Photo by Ben Winslow, FOX 13 News)

SALT LAKE CITY — Members of the city council, Governor Gary Herbert, House Speaker Greg Hughes and other lawmakers met behind closed doors for about two-and-a-half hours on Thursday, but no deal has been reached on the highly controversial inland port authority.

“While my staff and I will continue to provide insight and participate in informal dialogue with you and your staff, this Administration will not endorse the behind the scenes negotiations you are currently involved in, which is absent of a public process,” she wrote in the letter shared with FOX 13.

Mayor Biskupski noted that a number of community leaders and environmental groups have raised concerns about the inland port. The port, which has been declared as the single largest economic development project in state history, has been dogged by controversy since a bill was pushed through the legislature in the final days of the session earlier this year.

Salt Lake City leaders have accused the state of a “land grab” for the massive import-export center, raising concerns about taxes and infrastructure. The project will be built in the Northwest quadrant, an area of major development (including a massive UPS shipping hub and Amazon’s fulfillment center).

“While I understand there is a desire to move expeditiously, it is clear to me that in order to gain public trust and truly protect Salt Lake City’s interests, this process must be more deliberate, cooperative, and guided by a clear understanding of long-term goals. Given the current acrimony, now is not the time for us as City leaders to participate in a rushed special session, rather it is time for us to choose to support the requests of our community partners,” she wrote.

A number of community and environmental groups sent their own letter to the governor and stakeholders, expressing concerns ranging from a lack of transparency surrounding the process to air quality.

Mendenhall said the door remains open for Mayor Biskupski to return to the negotiating table. Councilman Charlie Luke said city issues are being addressed and he felt good leaving Thursday’s meeting about the state of negotiations. Councilman James Rogers said he was frustrated with the mayor.

The Amazon fulfillment center under construction in the Northwest Quadrant. (Photo by Ben Winslow, FOX 13 News)

“If you have somebody willing to work with you to address those issues, why wouldn’t you get it done? It makes no sense to me at all. You have the state, you have the House, you have the Senate. They’re all here willing to listen to your grievances, what we’re upset about,” he said. “I feel like we’re having our voice heard. Where’s the mayor? If she’s so concerned about environmental issues, she should be up here discussing them.”

It remains to be seen if Gov. Herbert will call a special session next week.