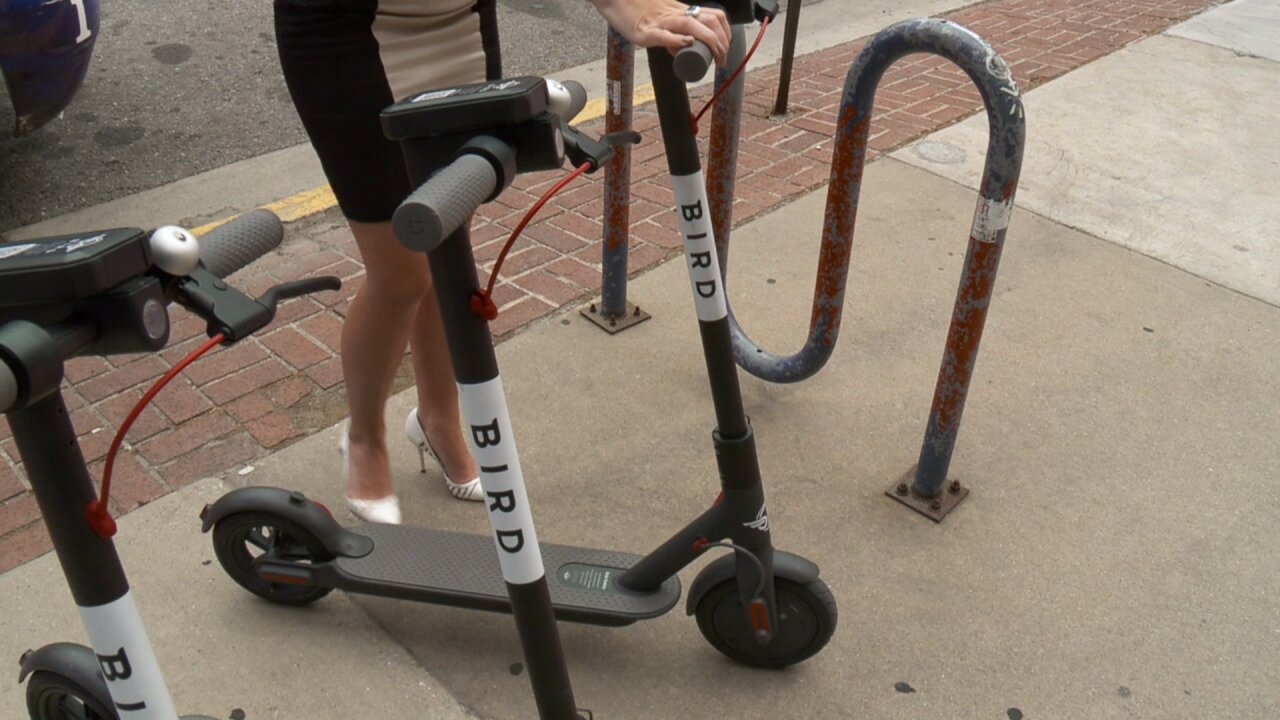 SALT LAKE CITY — City leaders have offered a deal to electric scooter operator Bird, which showed up suddenly to the delight and consternation of downtown residents and workers.

A draft copy, provided to FOX 13, lists a series of restrictions on any electric scooter company seeking to move in. It includes limiting the number of scooters in the downtown area to 200, with another 100 being deployed daily to the west side of the city. It also tries to prod them into creating docks or corrals instead of just leaving them on the street.

The area showing where electric scooters would be allowed to operate and how many can be deployed there. (Image via Salt Lake City)

The agreement would also block electric scooters from being left at:

The electric scooters must also operate closer to a curb under agreements allowing use of sidewalks. The scooters must have GPS devices and require operators to photograph them properly parked as evidence no laws or ordinances are being broken.

A spokesman for Mayor Jackie Biskupski said the proposed agreement had been sent to Bird, giving them 48 hours to respond. The company showed up a few weeks ago without a business license and without notice, taking city officials by surprise. While some people were excited about the electric scooters, others complained about them being left all over the downtown area.

Bird has apparently pulled the scooters from operation. A check of their app has showed none of them available in the downtown area for several days. City officials told FOX 13 they have not fined Bird for operating without a business license so long as they pulled their scooters until an agreement could be reached.

A spokesperson for the company said they were reviewing it.

“We have reviewed Salt Lake City’s draft, and recently provided our comments back to the City. We think the draft is close, and with a few changes, we hope for Bird to be back on the road within days. We greatly appreciate the City working with us to bring affordable, sustainable, last-mile transportation to the people of Salt Lake City,” Bird said in an email.