Talking to the Trib: Court decision sets table for murder in Utah 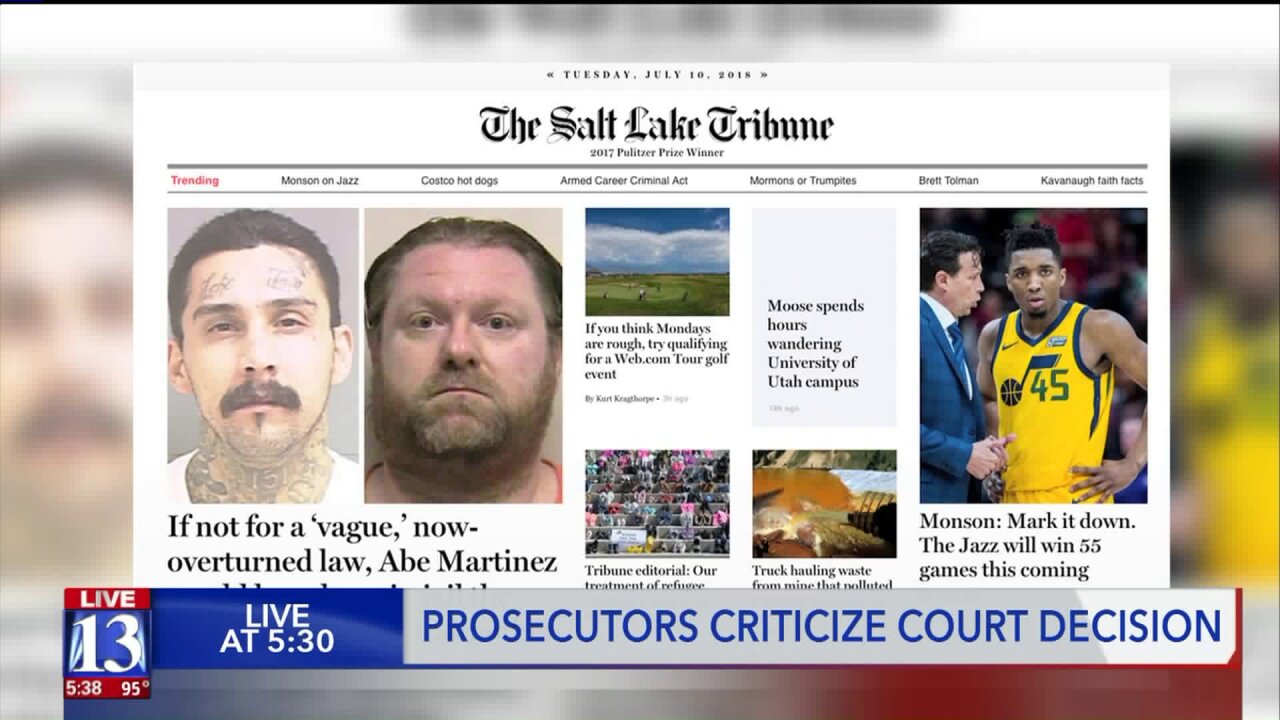 SALT LAKE CITY – 30 criminals were released from prison early, including a man who killed his grandmother and another charged with killing two teenagers.

The Salt Lake Tribune’s Paighton Harkins told the story of the impact of a Supreme Court decision overturning a portion of the Armed Career Criminal Act. Reporter Nate Carlisle joined Fox 13 to talk about it today.