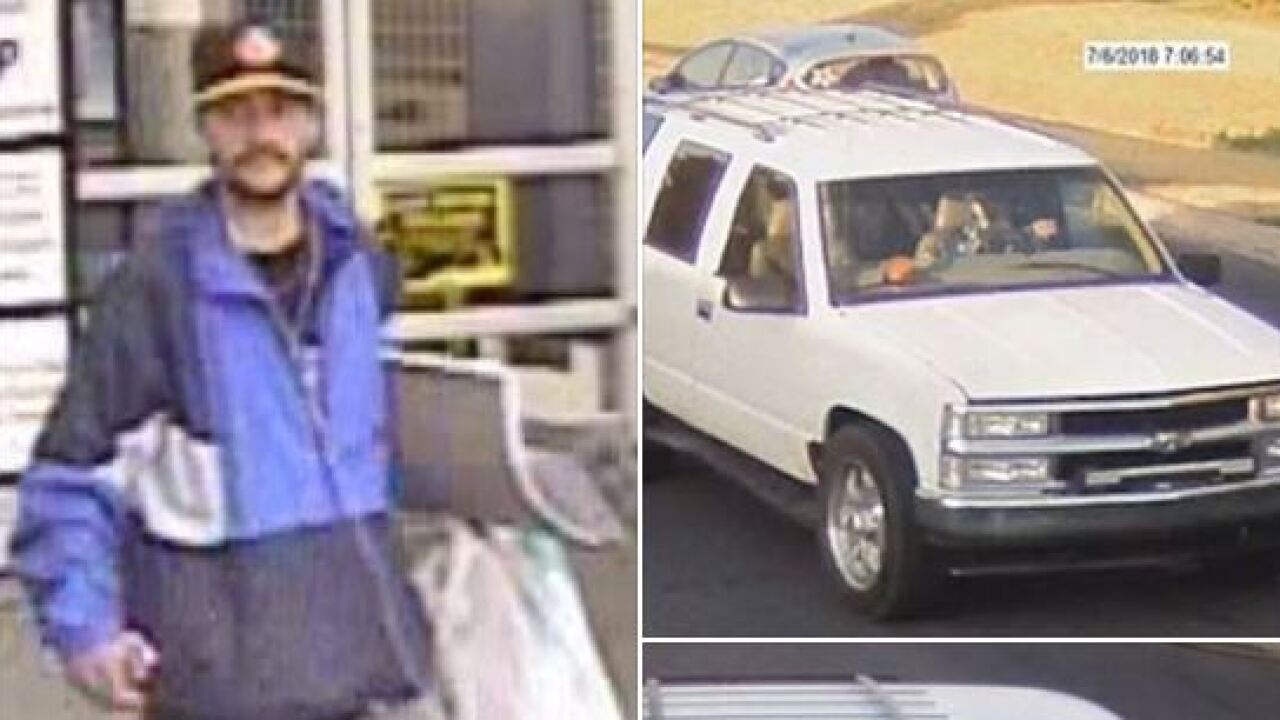 LOGAN, Utah – The Logan Police Department released photos of a male suspect Tuesday, who is accused of stealing credit cards in a burglary.

According to the Logan Police Department, the man broke into a garage on July 6 and stole a purse from a vehicle.

The purse contained “several credit cards” that the suspect allegedly used at multiple stores between Logan and Preston, Idaho.

Police said that at one of the stores the suspect was seen leaving the scene in a white colored Chevy SUV.

Anyone with identifying information on the suspect was asked to contact Detective Fowler with the Logan City Police Department at 435-716-9486.