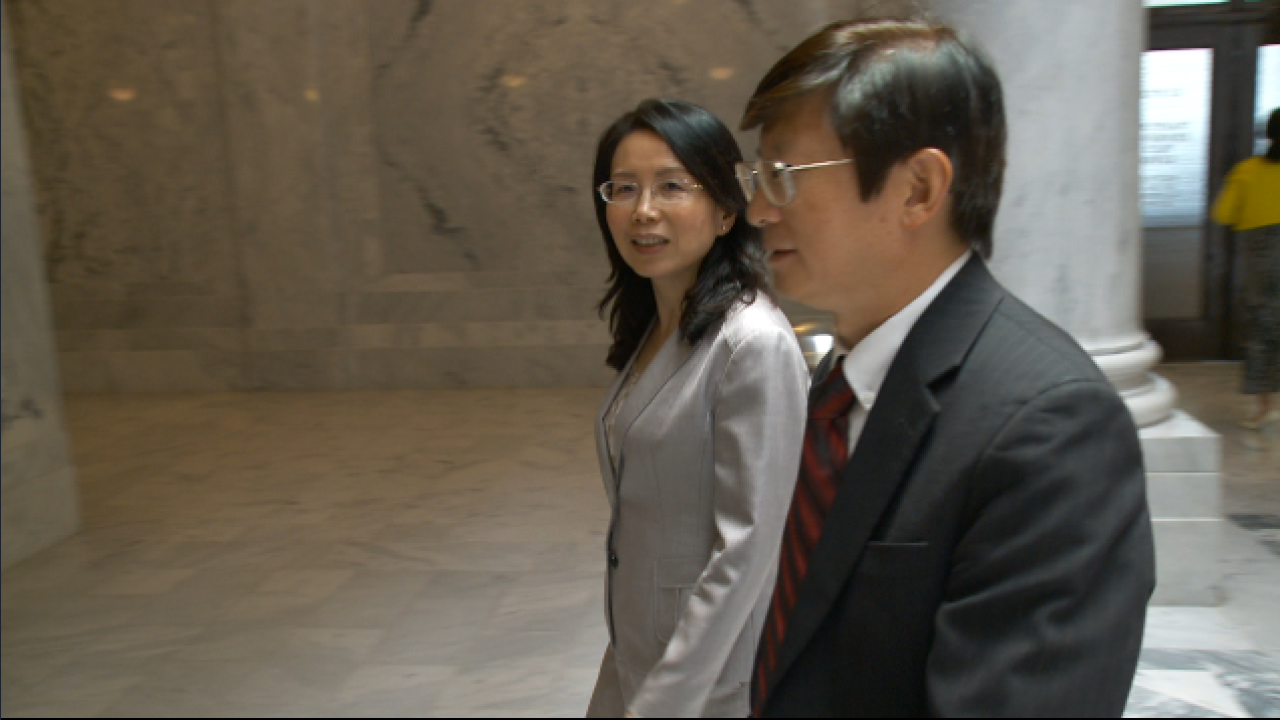 Minister Xu Xueyuan of the Chinese embassy in the United States, walks into a meeting with Utah lawmakers on July 10, 2018. (Image by Eric Brown, FOX 13 News)

SALT LAKE CITY -- The minister of the Chinese embassy in the United States met with political leaders in Utah to discuss ways to deepen relationships and collaborate, even as tariffs and trade wars have the potential to damage the state's economy.

Minister Xu Xueyuan of the Chinese embassy in the United States, walks into a meeting with Utah lawmakers on July 10, 2018. (Image by Eric Brown, FOX 13 News)

Minister Xu Xueyuan met behind closed doors with members of the Utah State Legislature on Tuesday and she will meet with Gov. Gary Herbert on Wednesday. Lawmakers who attended the meeting told FOX 13 they discussed a booming tourism industry (with thousands of Chinese visitors to Utah annually), immersion programs where children in Utah schools learn Mandarin and, of course, trade.

"Utah has a relationship with China. We’ve had a longstanding relationship," said Senate Majority Whip Stuart Adams, R-Layton, as he left the meeting. "It’s always great to have good friends from China come visit Utah."

Minister Xu met with reporters following her meeting with lawmakers and spoke of the importance of trade.

"If a war erupts, whether it is hot or cold, it will hurt everybody," she said. "There won't be a winner to this war. There will only be losers."

She also spoke of the importance of a peaceful and positive relationship between the two nations.

"I think a China-U.S. relationship has a big potential if it is handled properly," she said.

China is one of the state's biggest trading partners, Sen. Adams said. Recent tariffs imposed by the Trump administration, and retaliatory tariffs imposed by China, have threatened the state's economy. The Utah Dept. of Agriculture and Food estimates the total export impact from products ranging from pork and beef to cheese and other dairy is around $77 million.

"We do have a kind of relationship or dialogue with this presidential administration," said House Speaker Greg Hughes, R-Draper, who attended the meeting.

Despite the rhetoric between Washington, D.C. and Beijing, Speaker Hughes said he was hopeful for new deals.

"We have this inland port discussion we’re having. If we can discuss ways our relationship can be stronger, we can be a best practice or example that other states can look at, as well as our federal government," he said.

Gov. Herbert's office said he also anticipated his meeting with Minister Xu to discuss trade as well as other ways Utah can collaborate with China.