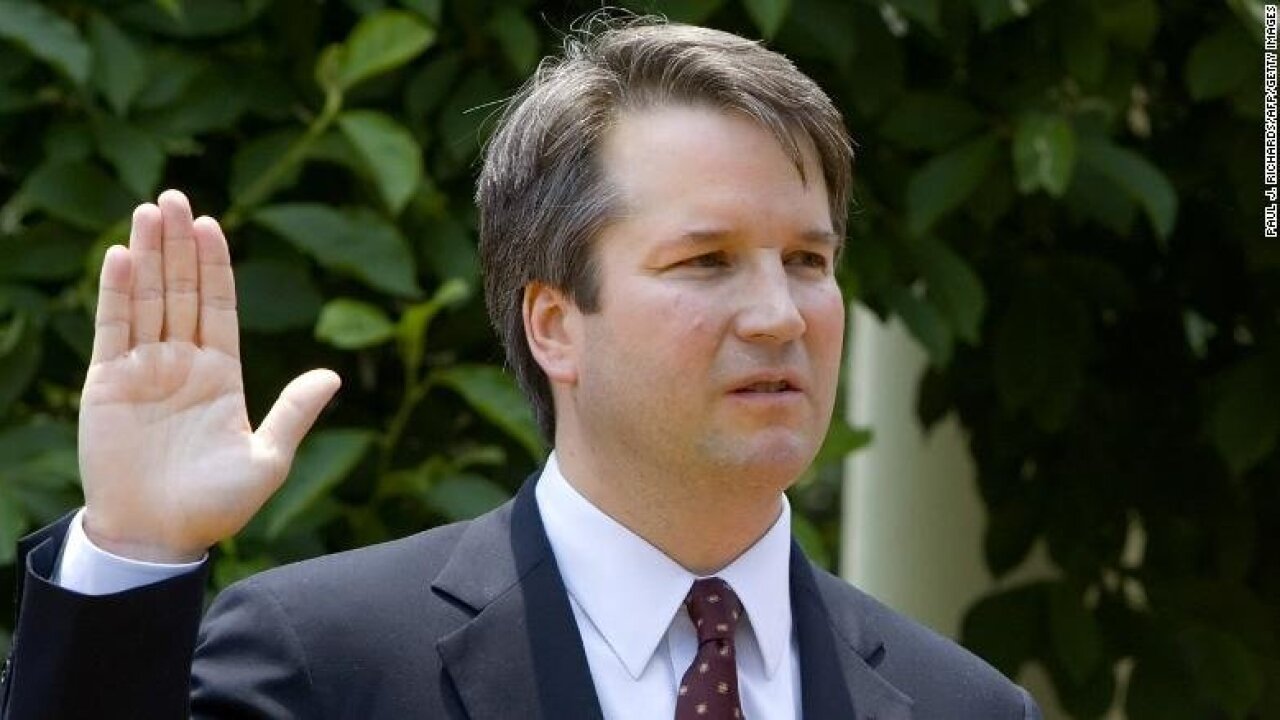 WASHINGTON, D.C. — President Donald Trump has nominated Brett Kavanaugh to join the US Supreme Court, setting the stage for a dramatic confirmation battle over a stalwart conservative who could shape the direction of the court for decades to come.

If confirmed, Kavanaugh would replace a frequent swing vote on the bench, retiring Justice Anthony Kennedy, who often sided with his liberal colleagues on issues such as abortion, affirmative action and LGBT rights.

Kavanaugh, 53, is a judge on the US Court of Appeals for the DC Circuit and Yale Law School graduate who previously served in both Bush administrations. He also worked on independent counsel Ken Starr’s investigation of President Bill Clinton.

“What matters is not a judge’s political views, but whether they can set aside those views to do what the law and the Constitution require. I am pleased to say I have found without doubt such a person,” Trump said as he announced Kavanaugh’s nomination at the White House Monday evening.

Trump called Kavanaugh “one of the finest and sharpest legal minds of our time,” saying he is “considered a judge’s judge and a true thought leader among his peers.”

“Judge Kavanaugh has impeccable credentials, unsurpassed qualifications and a proven commitment to equal justice under the law,” Trump said.

Kavanaugh will begin meeting with senators on Tuesday.

He has never expressed outright opposition to the 1973 Roe v. Wade decision, which made abortion legal nationwide, and similarly has no record on gay rights and same-sex marriage, but he will face tough questions from Democrats on both issues. Kavanaugh has also suggested that presidents be shielded from civil and criminal litigation until they leave office, an issue that could be front and center as Trump faces the investigations by special counsel Robert Mueller and potential civil challenges.

“If confirmed by the Senate, I will keep an open mind in every case,” Kavanaugh said Monday at the White House.

The nomination is Trump’s second to the nation’s highest court, a rare presidential privilege that could seal a key part of Trump’s legacy less than two years into his first term.

Trump last week spoke with seven candidates, all drawn from a shortlist compiled by the conservative Federalist Society, about the Supreme Court. The nomination also comes just before the President leaves for a critical trip to Britain, a NATO summit in Belgium and a meeting with Russian President Vladimir Putin.

The White House is hoping the Senate moves quickly to confirm Kavanaugh before the midterm elections in November threaten to unfurl the narrow Republican majority in the chamber and nix the precious leverage the GOP holds over some red state Democrats up for reelection in 2018.

Democrats are warning that Trump’s nominee would jeopardize some of progressives’ most important policy priorities in recent decades — including rulings that legalized abortion and same-sex marriage, as well as former President Barack Obama’s health care law.

Republicans hold 51 seats in the Senate, though Arizona Sen. John McCain has been absent as he battles brain cancer. Trump’s nominee can win confirmation with only Republican votes, but attention will quickly shift to two moderate GOP senators, Maine’s Susan Collins and Alaska’s Lisa Murkowski, who are supportive of abortion rights.

Senate Majority Leader Mitch McConnell, R-Kentucky, who once held a court seat open for nearly a year before the 2016 election to keep President Barack Obama from filling it, lambasted Democrats for announcing their opposition before Trump had decided on a nominee.

“Justice Kennedy’s resignation letter barely arrived in the President’s hands before several Democratic colleagues began declaring their blanket opposition to anyone at all — anyone — that the President might name,” McConnell said Monday.

The sharply negative Democratic responses to Kavanaugh’s nomination indicated a pitched battle over his confirmation is coming this fall.

Senate Minority Leader Chuck Schumer said in a statement that by selecting Kavanaugh, Trump “has put reproductive rights and freedoms and health care protections for millions of Americans on the judicial chopping block.”

“This nomination could alter the balance of the court in favor of powerful special interests and against working families for a generation, and would take away labor, civil, and human rights from millions of Americans. We cannot let that happen,” the New York Democrat said.

Kavanaugh is a classic Washington insider with a deep conservative legal record.

He worked in the George H.W. Bush and George W. Bush administrations, serving the younger president when he was torn among finalists for a Supreme Court seat in 2005.

He also spent 12 years on the US Court of Appeals for the District of Columbia Circuit, where his record would place him to Kennedy’s right and more in ideological sync with Justice Samuel Alito, who has been a reliable conservative vote on the court.

Last October, Kavanaugh dissented when the full DC Circuit prevented the Trump administration from blocking a pregnant teenage migrant at the southern border from obtaining an abortion. Kavanaugh stressed that the “government has permissible interests in favoring fetal life, protecting the best interests of a minor, and refraining from facilitating abortion.”

“Brett is a brilliant jurist who has faithfully applied the Constitution and laws throughout his 12 years on the D.C. Circuit. He is a fine husband, father, and friend — and a man of the highest integrity,” Bush said. “He will make a superb justice of the Supreme Court of the United States.”

At the White House, Kavanaugh described his mother as influential in his legal path. After teaching high school history, she went to law school, became a prosecutor and later a state court judge during his youth, and he said he thinks of her as the real “Judge Kavanaugh.”

“Her trademark line was, ‘Use your common sense — what rings true, what rings false.’ That’s good advice for a juror and for a son,” he said.

Says presidents should be shielded from litigation while in office

The then 33-year-old Kavanaugh became a lead author of the 1998 Starr Report that detailed Clinton’s sexual involvement with Lewinsky and laid out 11 grounds for Clinton’s impeachment, including obstruction of justice and lying under oath. The Republican-controlled House of Representatives voted to impeach Clinton, but the GOP-controlled Senate acquitted him in 1999.

A decade later, after Kavanaugh had worked closely with George W. Bush, he wrote in a law review that he had new appreciation for the demands of the presidency and the toll any legal proceeding could take on the White House. He recommended presidents be shielded from civil and criminal litigation until they leave office.

“Having seen first-hand how complex and difficult that job is,” he wrote, “I believe it vital that the President be able to focus on his never-ending tasks with as few distractions as possible.” He acknowledged that blocking litigation would suggest the President was “above the law,” but he added, “the point is not to put the President above the law or to eliminate checks on the President, but simply to defer litigation and investigations until the President is out of office.”

Kavanaugh noted in the 2009 Minnesota Law Review piece that a check against a “bad-behaving or law-breaking President” would still exist. “If the President does something dastardly, the impeachment process is available.”