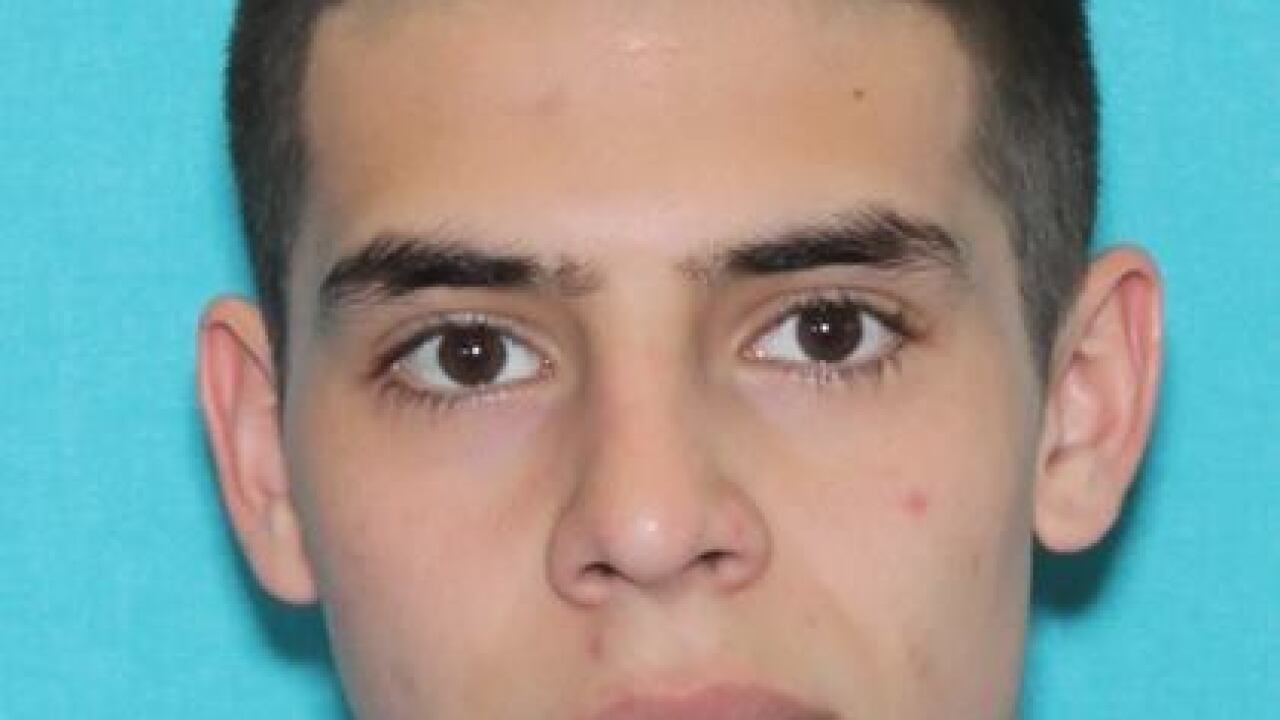 TOOELE, Utah — Police in Tooele are asking the public for help locating an individual they believe witnessed an accidental shooting that left a 14-year-old with a gunshot wound to the neck.

Tooele Police say they responded to the area of Mobile Avenue and American Way July 1 after a 14-year-old suffered what appeared to be an accidental and self-inflicted gunshot wound.

Tooele Police say they are looking for Dylan Aragon, who they believe was in the room when the shooting occurred. Police stated Aragon is considered a witness, and anyone with knowledge of his whereabouts is asked to call Tooele County Dispatch at 435-882-5600.