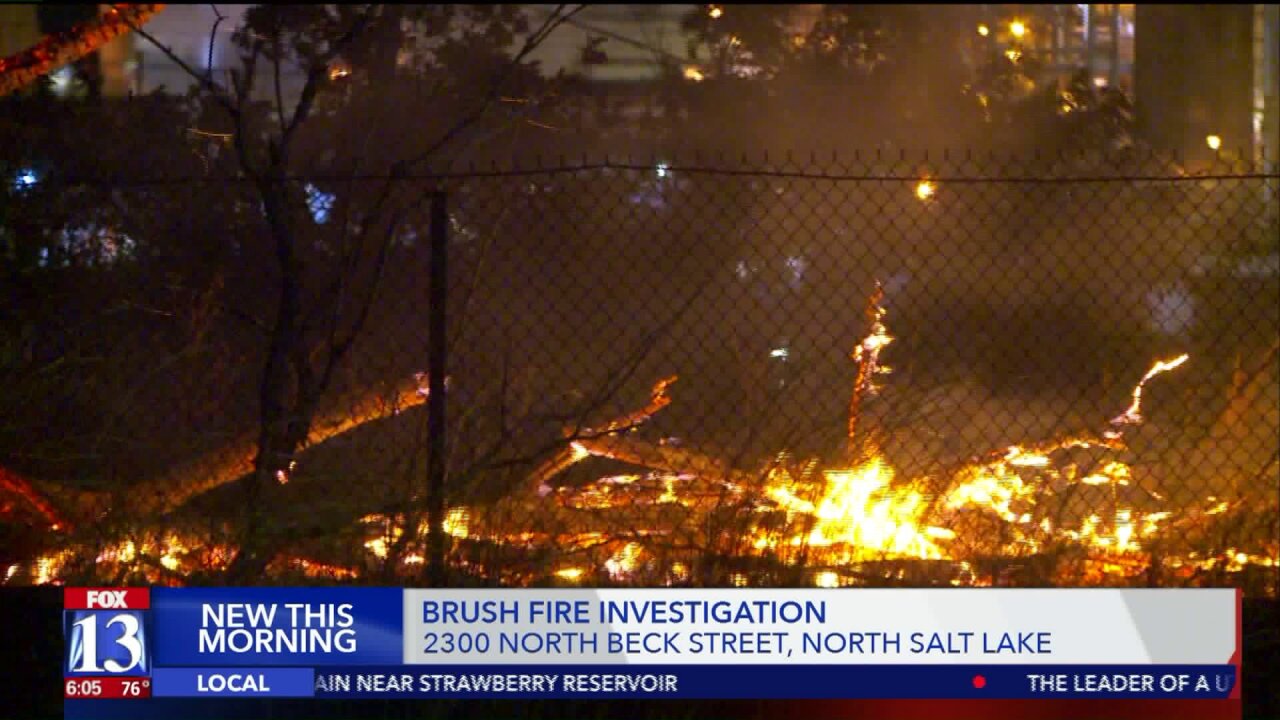 NORTH SALT LAKE --Investigators are working to determine the cause of a brush fire that broke out along I-15 in North Salt Lake Sunday night.

Fire crews responded to the area of Beck Street and I-15 around 10:30 p.m. Sunday and found flames along the whole west side of the freeway, with flames reaching as high as 30 feet at one point.

Capt. Dan Marlowe of the Salt Lake City Fire Department said they were concerned about the fire spreading, particularly because of a nearby gas refinery.

"It was creeping down the hill over towards the gas refinery," he said. "Got as far as the railroad tracks before we got our units up the railroad right of way to stop it. We managed to stop it there."

Crews had to shut off some power lines in the area so they could safely access a portion of the fire.

Firefighters got the fire under control late Sunday night but remained on scene mopping up hot spots.

No structures were damaged and there were no injuries reported. The fire burned about 6 acres.

The cause of the fire is still under investigation.