A political action committee is drafting Lt. Governor Spencer Cox to run in 2020 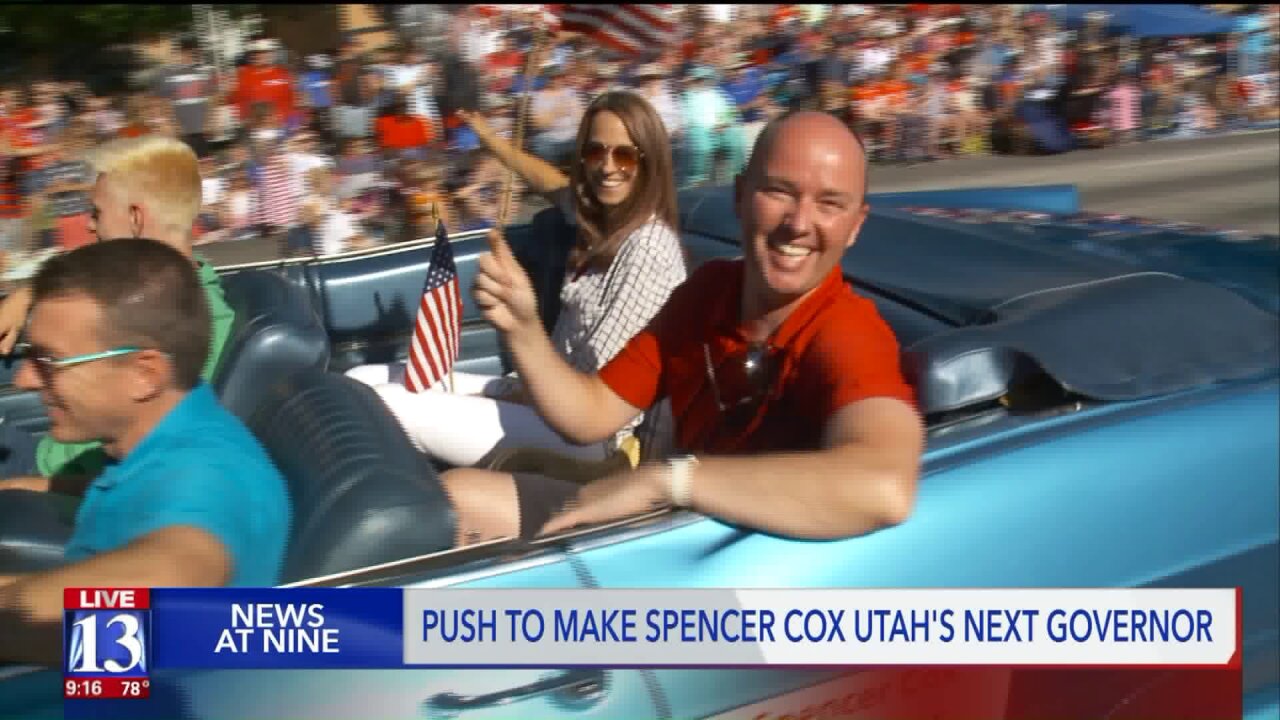 Owen Fuller, the general manager of the software company Lucidpress, launched the Utah 2020 PAC to persuade Cox to run. Governor Gary Herbert has said he is not seeking re-election.

Fuller touts the Lt. Governor as a compassionate conservative, espousing his work with the homeless, inclusion of LGBT people, his passion for rural Utah and bipartisan policy work.

Cox, who is a farmer and former CentraCom telecommunications executive, has been Lt. Governor since 2013. He's enjoyed a reputation as a moderate Republican who is not afraid to buck factions within his own party and has even been critical of President Trump.

"I think Spencer's a different kind of leader and we'd be really fortunate to have him represent us," Fuller said.

Fuller said if Cox decides to run, there would be a lot of people who would jump at the opportunity to volunteer for his campaign.

In a recent interview with FOX 13, Cox said he has not decided yet if he will run.

"We still have an election in November, so there will be plenty of time after that to consider it and talk about it," Cox said.

The Lt. Governor has certainly had his profile raised lately. Gov. Herbert has put Cox on several high-profile task forces. The Lt. Governor recently launched his own podcast cheekily named "Cox & Friends" to talk about politics, his Jazz fandom and other topics. (Fuller has even made an appearance on it.)

"A farm kid from Sanpete should not even be in this discussion. It's flattering, it's great," Cox told FOX 13. "Look, if you want to be the next governor, you actually need people that will support you. So part of the process, besides talking with my family, praying about it and deciding if this is what we want to do is seeing if there's people out there that will consider voting for me."

"I think he's going to do it," he told FOX 13. "I've seen a bit of a change where he said he's leaning towards probably not and now's probably."