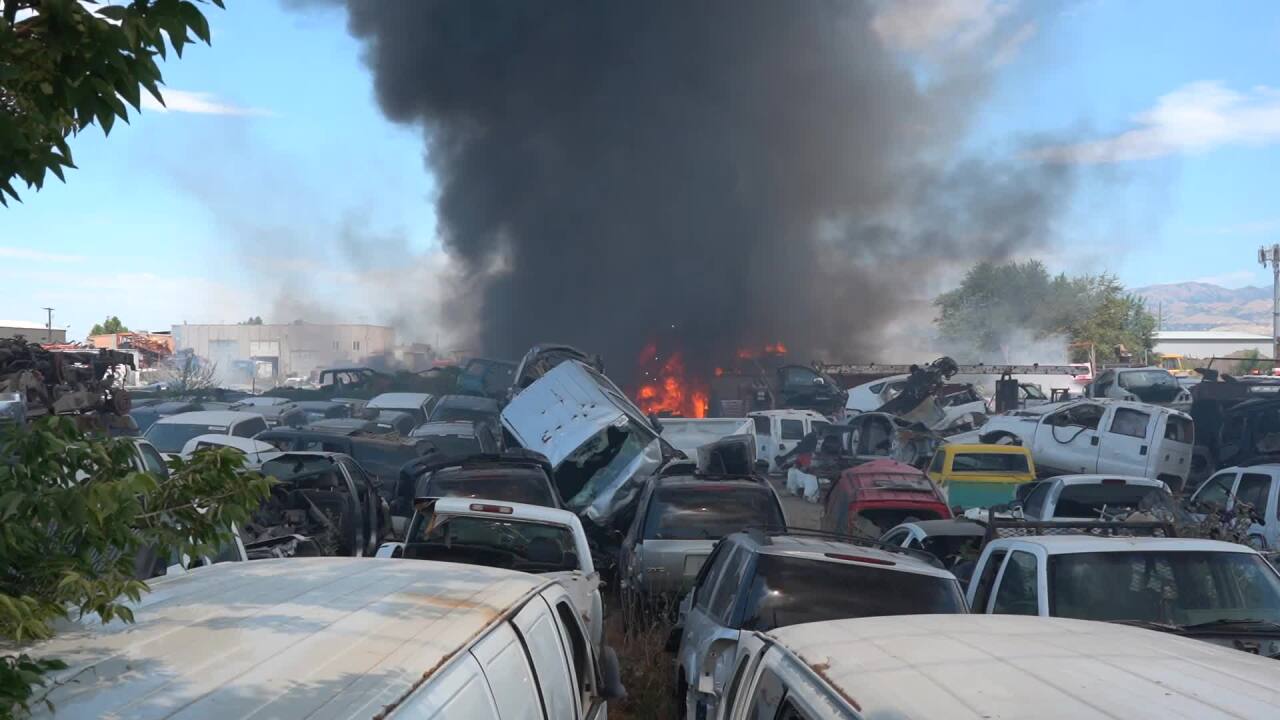 Fox 13 viewer Sara Howe took the video posted above when the fire was burning:

It was sparked when employees tried to jump a car battery.

When the first call was made, only one car was involved, but by the time firefighters arrived a short time later, seven or eight cars had caught fire.

"There was a lot of weeds in between a lot of fuel to feed the fire and the wind of course didn`t help," Captain Mike Ashida with the South Salt Lake Fire Department said.  "It spread it to the business to the south, but these guys did a good job and made a good knock down on it."

Captain Ashida says it's important to keep weeds and grass trimmed and cut back to avoid a fire like this one from spreading so quickly.