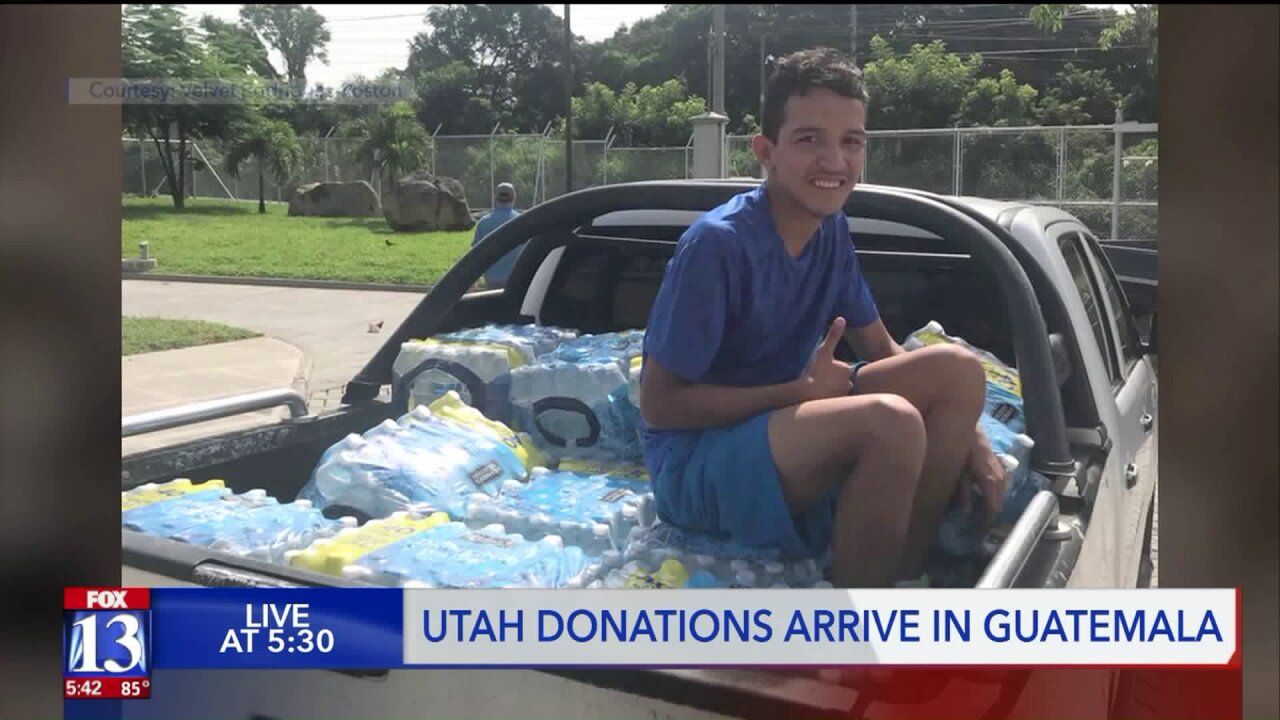 GUATEMALA – A Utah attorney who led a huge donation relief effort for victims in Guatemala is on the ground making a personal delivery.

“The government has a post set up where they won't let us through in the truck so we had to hike for an hour and a half so we could see the devastation. The lava really came so quickly. That is leveled the houses," Rodriguez-Poston said.

Seeing the devastation of her homeland up close has been tough for Rodriguez-Poston. The June 5 eruption killed more than 75 people and hundreds are missing. Thousands of people displaced have sought refuge in shelters. Many are small children who were separated from their parents.

“We’ve gone to a lot of rescue centers and have been able to help so far with the donations,” said Rodriguez-Poston. “We received over 250 people but we have a lot of people left to give to.”

Utahns donated $5,100 to the Park City 2 Guatemala relief effort. The money allowed Rodriguez-Poston and other volunteers on the ground to buy groceries and water for those living in remote villages.

“People were begging us for water. What we’re doing is taking monetary donations, so we can leave a lot of water with the people,” said Rodriguez-Poston.

More relief is on its way. Organizers sent a container packed with 5,000 pounds of items including toiletries and medical supplies. It’s scheduled to arrive sometime this week. A small gesture Velvet hopes will give victims some hope.