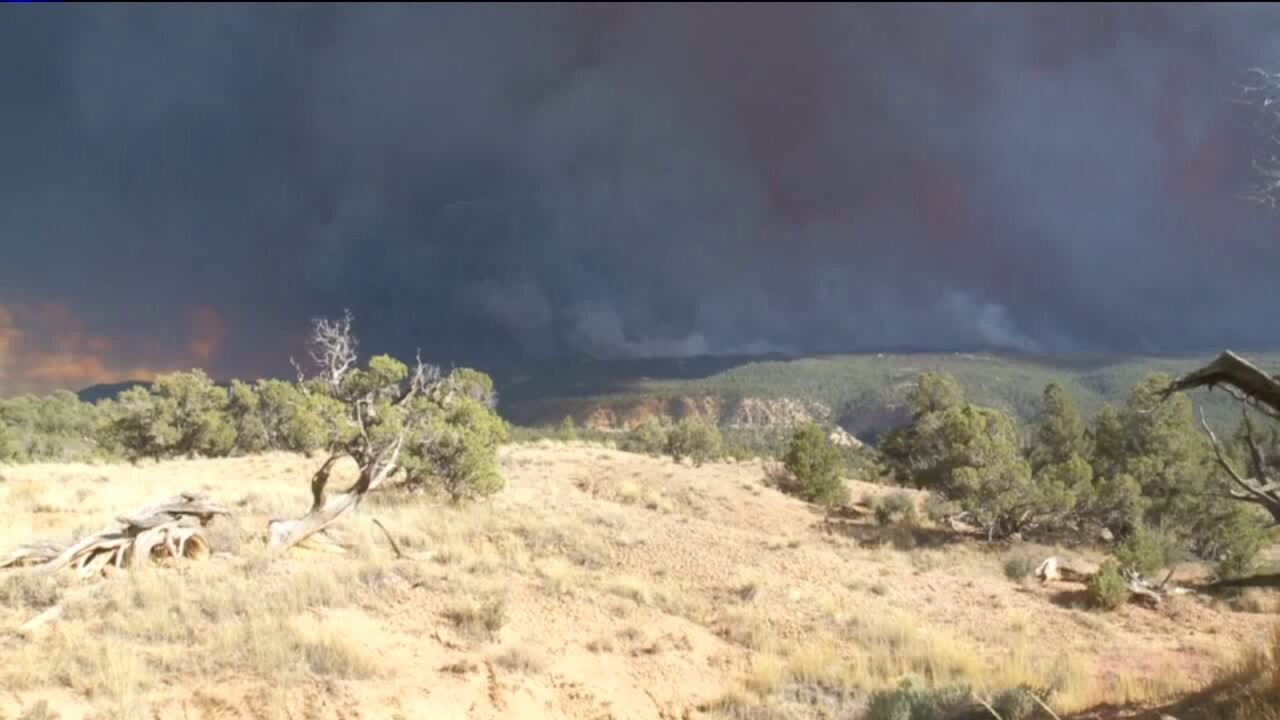 DUCHESNE COUNTY, Utah -- Mandatory evacuations were in effect Tuesday due to the Dollar Ridge Fire, which was burning on 30,000 acres with no containment, and destroyed dozens of buildings as of Tuesday evening.

Fire spokesperson Jason Curry said the fire grew in size Tuesday beyond 30,000 acres, but they weren't sure by how much.

The evacuations from the fire impacted 450 homes Tuesday, Curry said, and many other residents in the area were on standby to evacuate.

Evacuations were ordered at around 6:30 p.m. Tuesday for areas south of US-40, from Fruitland to Freedom Bridge at Starvation Reservoir.

Uintah Basin Communications said that Dry Fork Canyon was also under evacuation notice due to the fire.

The Wasatch County Sheriff's Office issued a voluntary evacuation for Pine Hollow, Aspen Grove, and 40 Dam Acres, located to the east and south of the Soldier Creek Dam. Residents and campers were urged to prepare in case emergency evacuations were issued.

The fire was actively moving to the north and east and was threatening structures on the east side of the fire, Utah Fire Info said.

Curry said ground crews went in close to the fire Tuesday, but had to pull out because of "extreme fire behavior."

Instead they had to focus all efforts from the air, with several helicopters dropping water near homes and cabins. Still, the fire inched closer and overtook homes on the hillside above Fruitland.

A Type 1 Incident Management Team was dispatched to the fire and is set to take command of the scene Wednesday morning, Curry said.

Utah Gov. Gary Herbert traveled to the affected area Tuesday to survey the damage and discuss fire safety. He said he flew over the destruction in a Black Hawk helicopter.

The Utah Department of Environmental Quality said the fire is causing air quality issues in the Uintah Basin.

"If smoke becomes thick, people with heart or lung conditions should reduce physical exertion when possible," The DEQ stated via Twitter. "If physical exertion is required, residents should consider measures to filter particulates."

Fire officials gave an update on the fire in a press conference. See the video embedded below for that update: