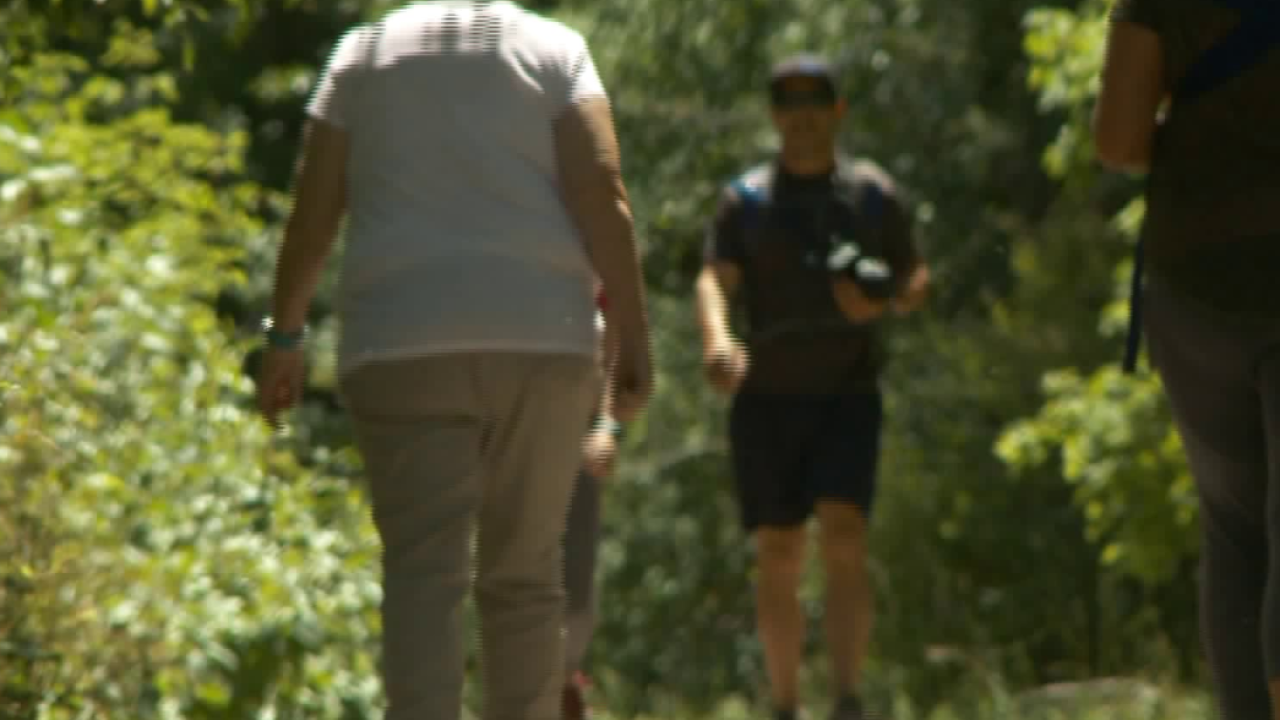 BRIGHTON, Utah – An ongoing increase in National Forest visitors has led to more damage, stretched resources and a changed visitor experience, according to the Forest Service.

Rushing water, birds chirping, a cool mountain breeze are some of the things people cherish when they step away from the city and into the great outdoors.

But Utah is one of the fastest growing states in the nation.

As Utah’s population grows, so does the number of people hitting the trails.

“This forest is more accessible to a larger population than any other forest in the United States,” said Whittekiend. “It’s literally in people’s backyards, you can leave the metro area and you can be mountain biking or hiking or doing whatever you want in a half hour."

In just the last five years, the Uinta-Wasatch-Cache National Forest has seen a 20 percent increase in visitation to their trails.

“We estimate about 10.7 million visitors annually on the Uinta-Wasatch-Cache National Forest… so it’s one of the most visited forests in the entire national forest system,” Whittekiend said.

For the Forest Service, those extra people are changing the area's physical atmosphere.

“The increased use really pounds our trails. We’re having to maintain those trails to keep people specifically on the trails, not shortcutting trails,” Whittekiend said.

Despite their efforts, people continue to veer off of set trails.

“There are a very small minority of folks that don’t always have the forests best interest in mind,” said Whittekiend.

It’s not just physical changes; the Forest Service said the spike in visitors is simultaneously changing the mental and emotional atmosphere.

“Areas that you used to go into and perhaps find solitude by yourself, you have a lot more visitors,” said Whittekiend.

At the rate people are degrading the trails, the Forest Service is struggling to keep up.

“It’s just much more difficult to maintain the trails, there are always people out there and they’re just using them continuously,” Whittekiend said.

This season, the Forest Service wants to see more Utahn’s stepping up to do their part.

“If you stick to the trail and follow the designated trail it’s not a big deal, it’s folks who continuously go off trail or shortcut trails and switchbacks, that’s where we have the biggest problems,” Whittekiend said.

The Forest Service also asks people to practice their “leave no trace skills,” you pack out everything you pack in— leaving it looking just as pristine as when you got there.

“It’s a resource for everybody, so if you’re not taking care of it, it’s impacting everyone else,” said Whittekiend. “We welcome people recreating on their forest, they just need to understand that everybody else is trying to recreate their too."

If you do want to get off of those more popular trails, the Forest Service has visitor guides available for all of their National Forests, to help people find different places to explore and get the most out of their experience.