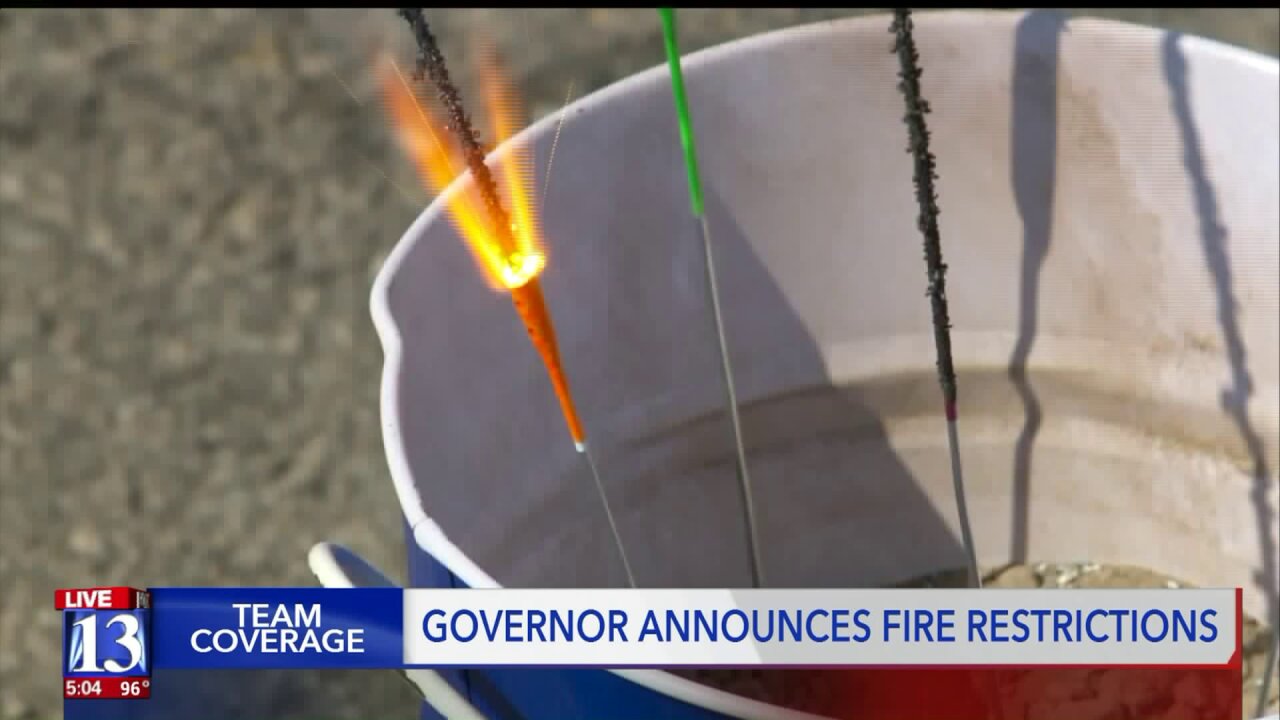 SALT LAKE CITY -- As numerous wildfires burn across Utah, Gov. Gary Herbert reminded people there is a ban on fires and fireworks on many state lands.

Speaking to reporters at his monthly news conference on Wednesday, Gov. Herbert said conditions are not good right now with hot temperatures in the forecast and dry fuels across the state.

The governor pleaded with people to "use common sense" and avoid doing things that would spark a fire in the hot, windy and dry conditions across Utah right now.

Gov. Herbert said he had no authority to enact fireworks bans, except on state lands. Local cities and towns have that power under laws recently passed by the Utah State Legislature, he said.

Fireworks restrictions in place for state, federal and unincorporated lands in Utah. (Image via UtahFireInfo.gov)

The governor said the state planned to run a series of public service announcements reminding Utahns about the extreme fire danger in the state ahead of the Fourth of July holiday. July 2-5 is when Utahns can legally set off fireworks in the state.

Locally, many communities across the state began enacting restrictions as temperatures climbed into the 100s and strong winds blew.

Fire and other restrictions in place on state, federal and unincorporated lands in Utah. (Image via UtahFireInfo.gov)

"It’s dangerous, right? Everybody can look out and understand the fire potential and the fire danger. We need to stop for a second and think about that and process it," said Eric Holmes with the Unified Fire Authority.

UFA has published an interactive map of many of the restrictions where you can put in your address and find out where fireworks or campfires could be. However, Holmes also urged people to contact their local city hall to know exactly what is in place.