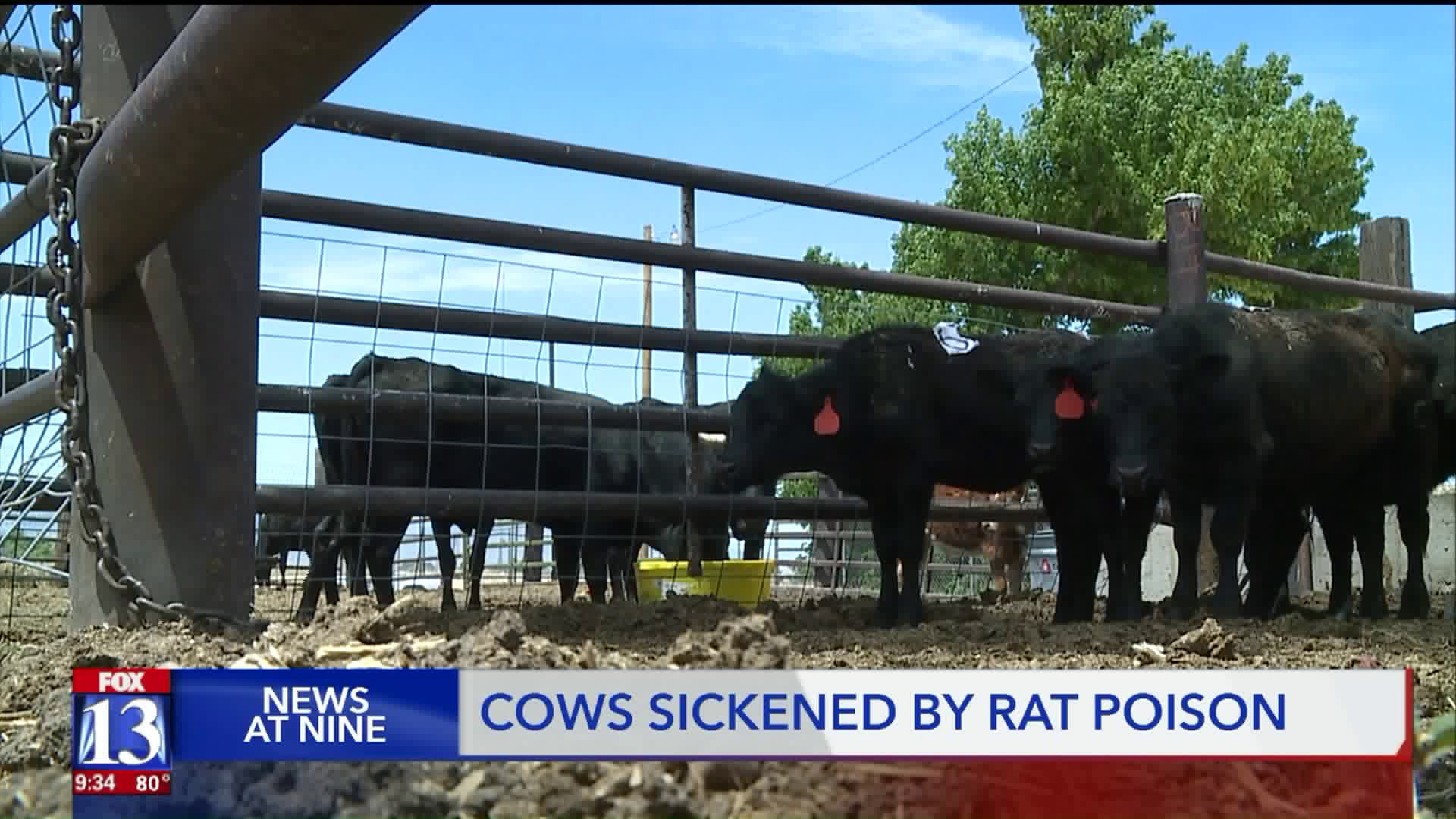 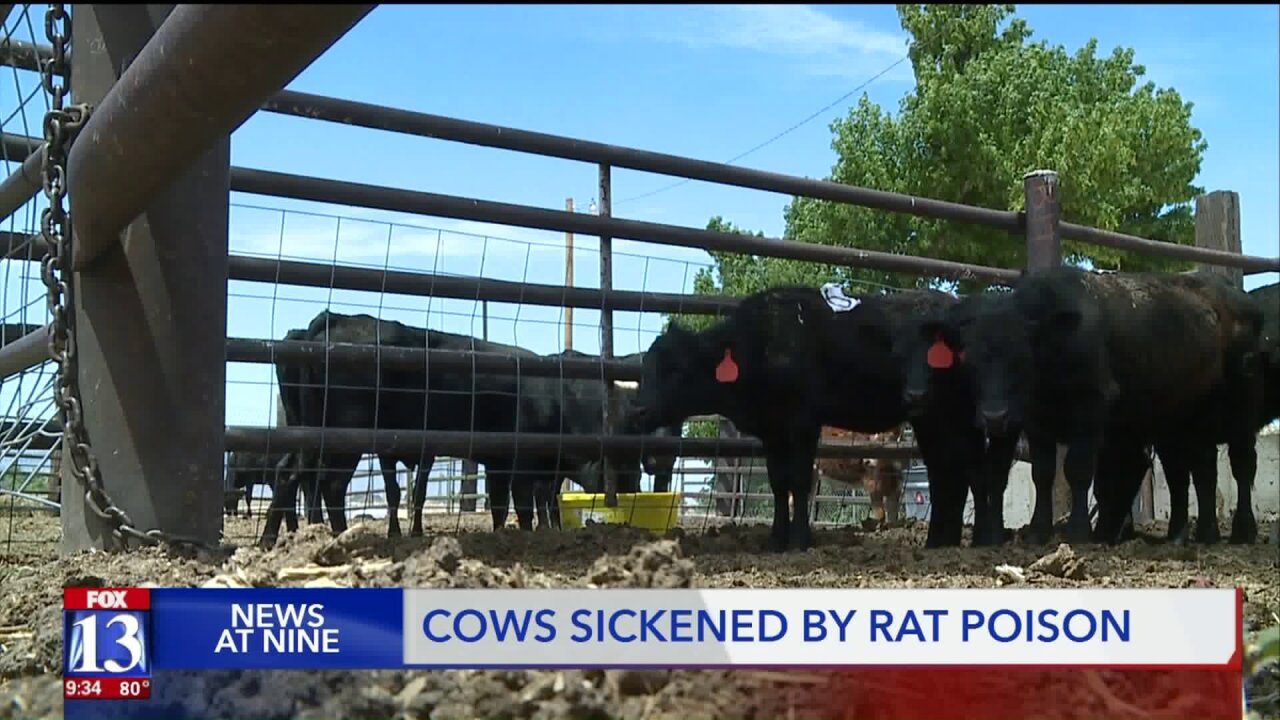 TOOELE, Utah -- More than 100 pellets of rat poison were found in one of Michael Dow’s water troughs on Wednesday, and out of the 32 cows drinking from that trough, six of them have shown signs of sickness.

“These little pellets start out as dry and then once they’ve been absorbed by the water they start to disintegrate and it goes into them the cattle and ruins their stomach,” Dow said holding a bucket full of pellets.

The cows could experience small reactions to the poison, like being lethargic, or they suffer internal bleeding which could potentially kill them.

According to the State Veterinarian Dow spoke with, if further symptoms don’t show up within the next four days, the cows should be clear of any threats of poisoning.

Waiting to see if his cows really have been poisoned, Dow said he has no leads to who could have done this. “People who do this aren’t right in the head, they need some help,” Dow said.

He's not sure if it’s a prank, or if someone has a personal vendetta towards him, but Dow said if he loses his cows, it could cost him up to $35,000.

Tooele Police said this is not their usual investigation and have no leads. “We’d ask that anyone that has any information to contact our main number, (435) 882-8900, or through dispatch,” sergeant Jeremy Hansen said.

Dow is offering a $1,000 cash reward for anyone who comes forward with any information that leads to an arrest or prosecution.