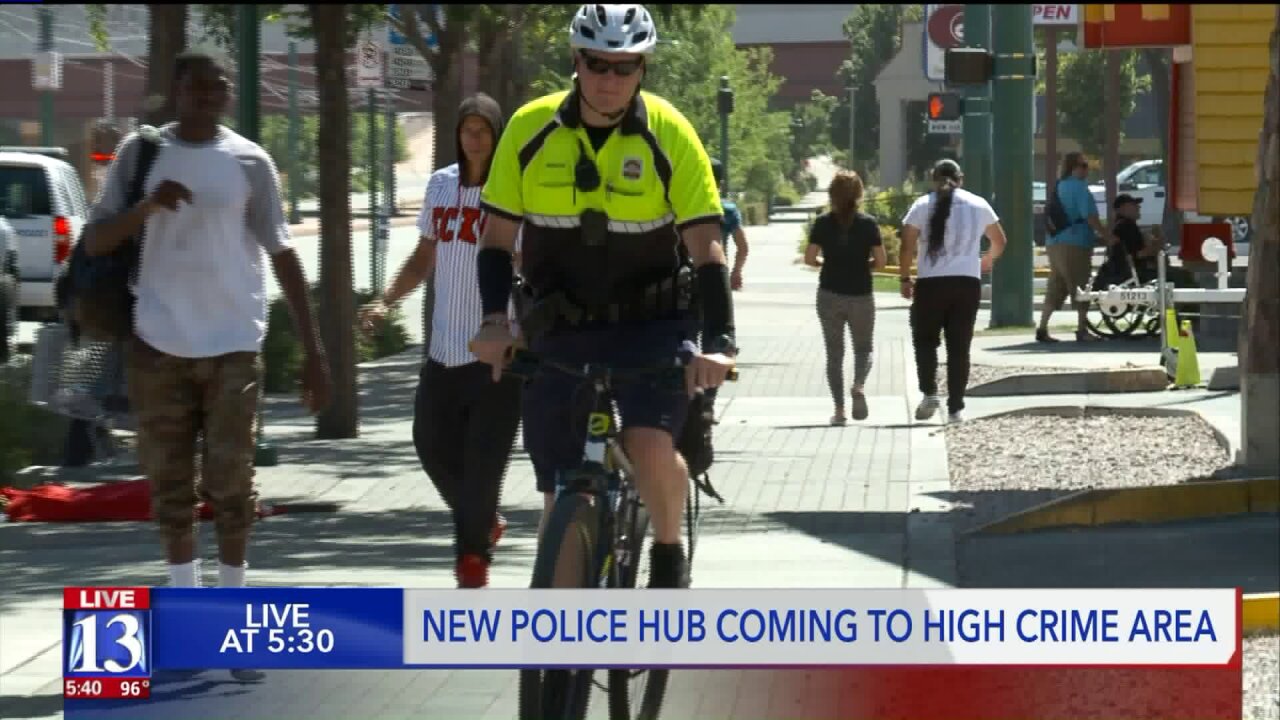 The area around 800 West and North Temple, has become a hot spot for crime, but now police have a solution and it starts with an old Arctic Circle restaurant.

From the inside, empty seats line the walls of the closed down restaurant. Step outside and you’ll find a high crime area stemming from a local motel called the Gateway Inn.

“The motel, it allows people to kind of hide away and to do nefarious things,” Chief Mike Brown with the Salt Lake City Police Department said.

The issue began last summer when Operation Rio Grande went into effect, pushing high-level drug dealers and crime out of the downtown area.

“We knew it (crime) would move,” Brown said.

And it did, straight to North Temple.

Salt Lake City Mayor, Jackie Biskupski, said the city tried to work with the owner of the crime-riddled motel, they received no response. They tried to buy the building, that didn’t work out either.

“When you can’t partner with a property owner who is hosting criminal activity then you have to bring to bear some pressure and that’s what we’re doing,” Biskupski said.

“We knew we had to get creative and do some problem solving,” she added.

One solution? Turning the old Arctic Circle eatery into a pop-up precinct with a bike unit.

Simple scheduling changes will allow half a dozen officers, one sergeant and five to six officers, to monitor the area. But don’t be fooled by these bike cops

“We can move, be very nimble and fluid with where crime may go and we will chase it,” Brown said.

“They are very potent in fighting crime. These units probably make more felony arrests, seize more guns and weapons than any other unit within the department,” he added.

Now the city said they're putting a clear police presence in the area, at absolutely no cost to the tax payers.

“The donor, the owner of the old Arctic Circle building, is providing this space at the dollar rate which is great,” Biskupski said as she discussed the one-dollar monthly rent.

Biskupski said they reached out to the building’s owner, who wishes to remain anonymous, a few weeks ago.  He agreed to lend them the space on a month-to-month basis to give back to the community.

“We are working on revitalization as we speak," Biskupski said.  "This will become a very fun neighborhood for everyone to be in."

Salt Lake Police will be adding some branding to the building. They say you will be seeing that, as well as the enforcement, within the next two weeks.