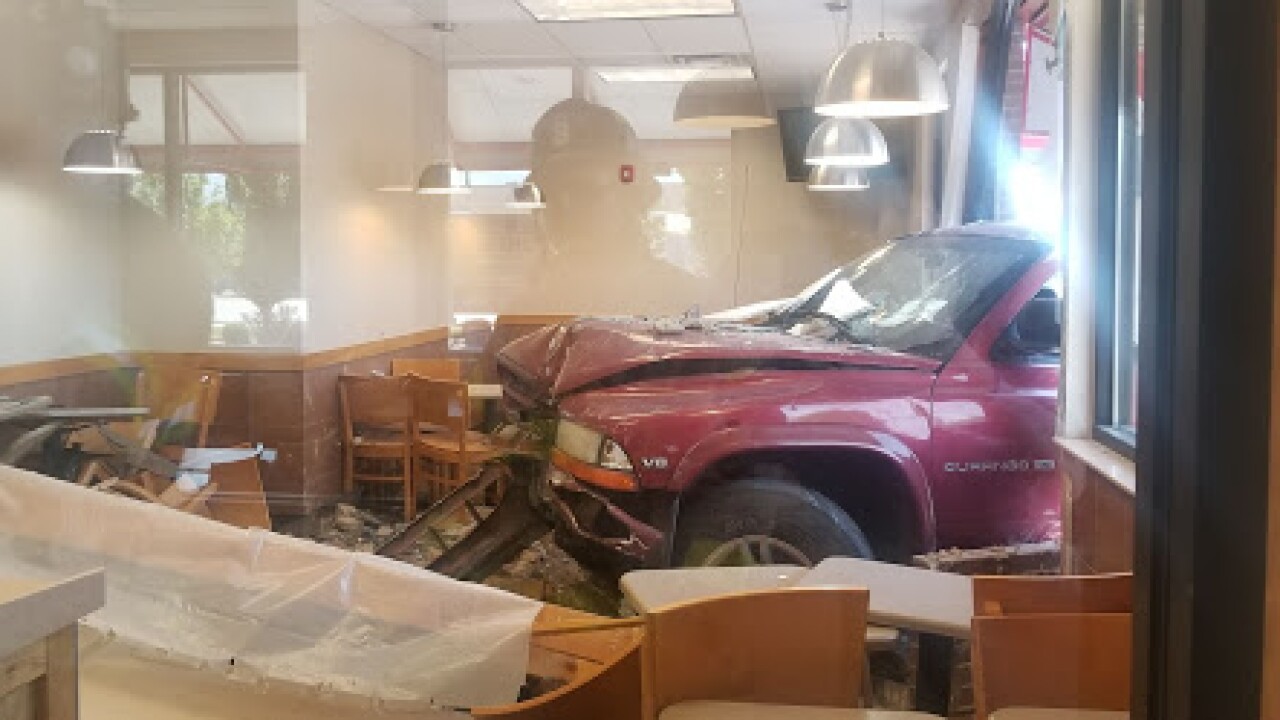 A vehicle crashed into a Wendy’s in Salt Lake City on June 26, 2018. Image courtesy Christopher Ferro.

SALT LAKE CITY — Police say the are grateful no one was seriously injured after a driver lost control of his vehicle and crashed through the wall of a Wendy’s in Salt Lake City Tuesday morning.

Det. Greg Wilking with Salt Lake City Police confirmed the crash occurred at a Wendy’s near 1090 South and 300 West. Fox 13 News first heard report of the crash around 10:45 a.m.

“There was a gentleman that was visiting a fellow employee here at the Wendy’s and said that he might have experienced some kind of medical condition or didn’t feel right, lost control of the vehicle, and then the vehicle went into the Wendy’s,” Wilking said.

The driver, identified only as a young male, suffered very minor injuries. Wilking said there wasn’t anyone in that area of the dining room when the crash occurred.

Wilking said considering the severity of the damage, they are grateful no one was injured. He said the crash doesn’t appear to be suspicious in any way.

“Nothing nefarious taking place, just a loss of control of the vehicle,” Wilking said.