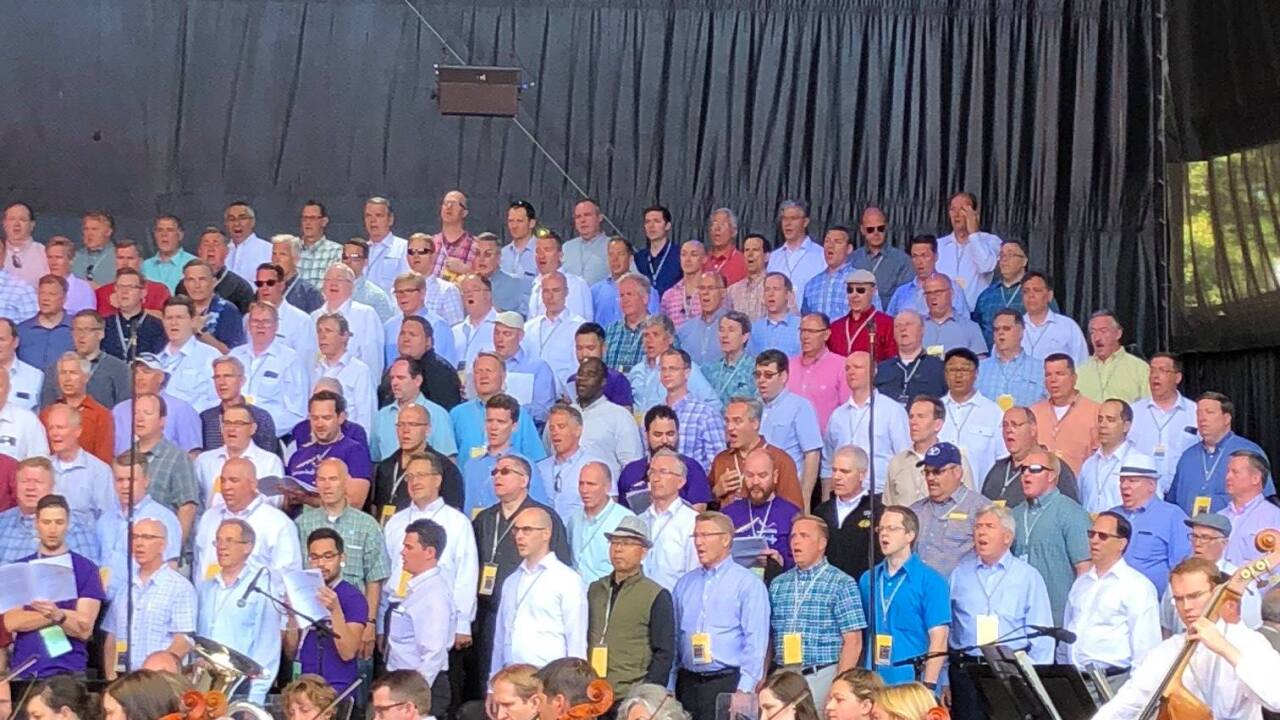 “That’s a headline no one ever thought they would read. Well, it’s true,” Tim Seelig, the chorus’ conductor wrote in a Facebook post. “Tonight, I am the guest conductor for the encore in an amphitheater seats 21,000. Most importantly, I’ll be doing it as an out, proud, gay man – and be introduced as the conductor of the SAN FRANCISCO GAY MEN’S CHORUS. In addition, a group of our singers will be joining the chorus (MoTab) during its rehearsal this afternoon, introduced as SFGMC and sing a song with them. We’ll be wearing our ‘Love Can Build A Bridge’ t-shirts with the rainbow logo!”

The Church of Jesus Christ of Latter-day Saints has been the subject of protests by LGBTQ rights groups over its policies, which include staunch opposition to same-sex marriage, branding married same-sex couples “apostates.” The LDS Church, however, has also supported non-discrimination policies in Utah that include LGBTQ people in housing and employment.

The LDS Church had no official comment on the Mormon Tabernacle Choir’s event. The choir is touring California.

The San Francisco Gay Men’s Chorus posted photographs of the rehearsal with the Mormon Tabernacle Choir on Facebook.

“We have no delusions about changing the course of the Mormon religion. Nor does this wipe away the pain inflicted on the LGBTQ community over the years. We are going into this with eyes wide open,” Seeling wrote of tonight’s event. “There may be a young closeted Mormon in the audience or who finds out about tonight’s concert and may see a glimmer of hope. That’s enough for us. That’s enough for us. In this 40th season alone, we will have performed at First Baptist Church, Greeneville, SC., St. Ignatius Catholic Church in SF and now for the Mormons. Building bridges.”

The chorus later posted video of the events: