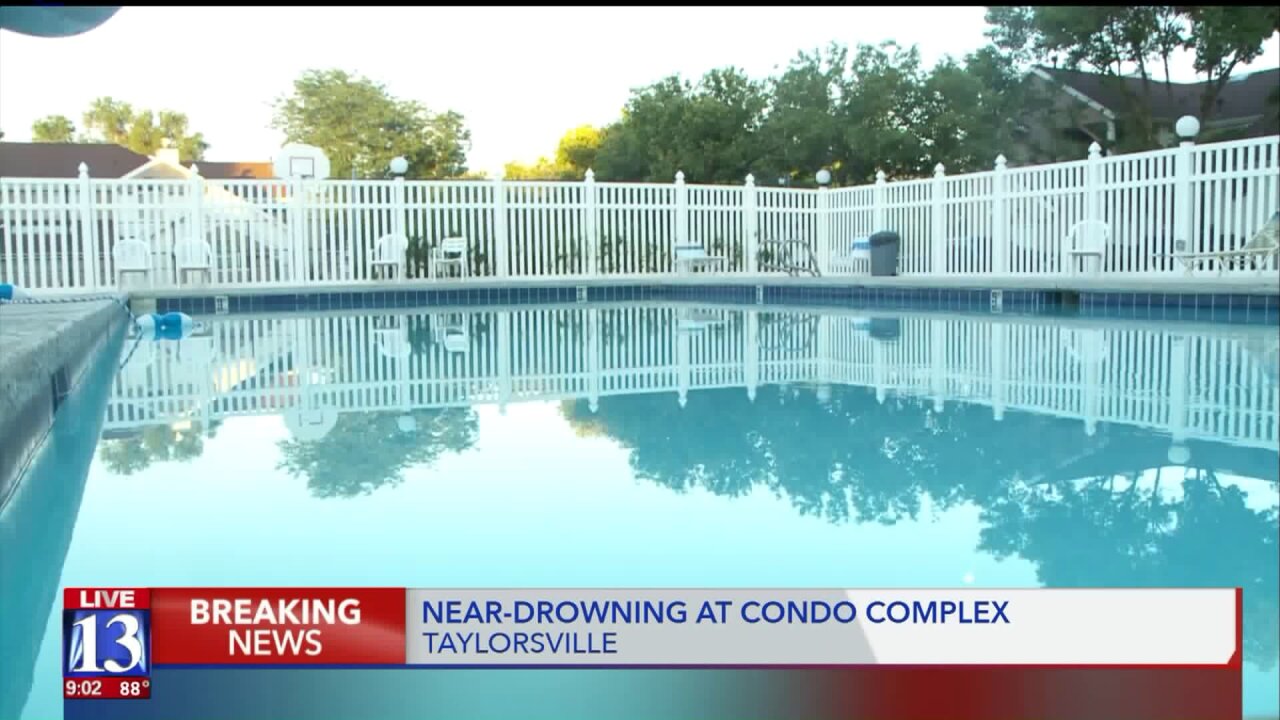 TAYLORSVILLE, Utah - A 6-year-old boy is recovering in the hospital in extremely critical condition after a near-drowning in Taylorsville on Monday evening.

Sgt. Melody Gray with Unified Police says the boy was being watched by a babysitter before falling into a pool around 5:25 p.m. at an apartment complex near 5500 S. Portside Way.

Sgt. Gray said the child was found in a pool and was most likely underwater for five to seven minutes.

Witnesses pulled the boy from the pool and started CPR until medical personnel arrived.

The boy was taken to the hospital then flown to Primary Children's Hospital in extremely critical condition.

Brian Lewis, a resident who was at the incident when it happened, has been a lifeguard for about eight years. He said he saw promise that the 6-year-old would survive following the near drowning.

The aunt of the victim identified him as Gage Bishop.

The family tells Fox 13 that Gage is in a coma and having seizures but breathing on his own. They've also set up a fundraising page to help with medical expenses. You can find that link here.