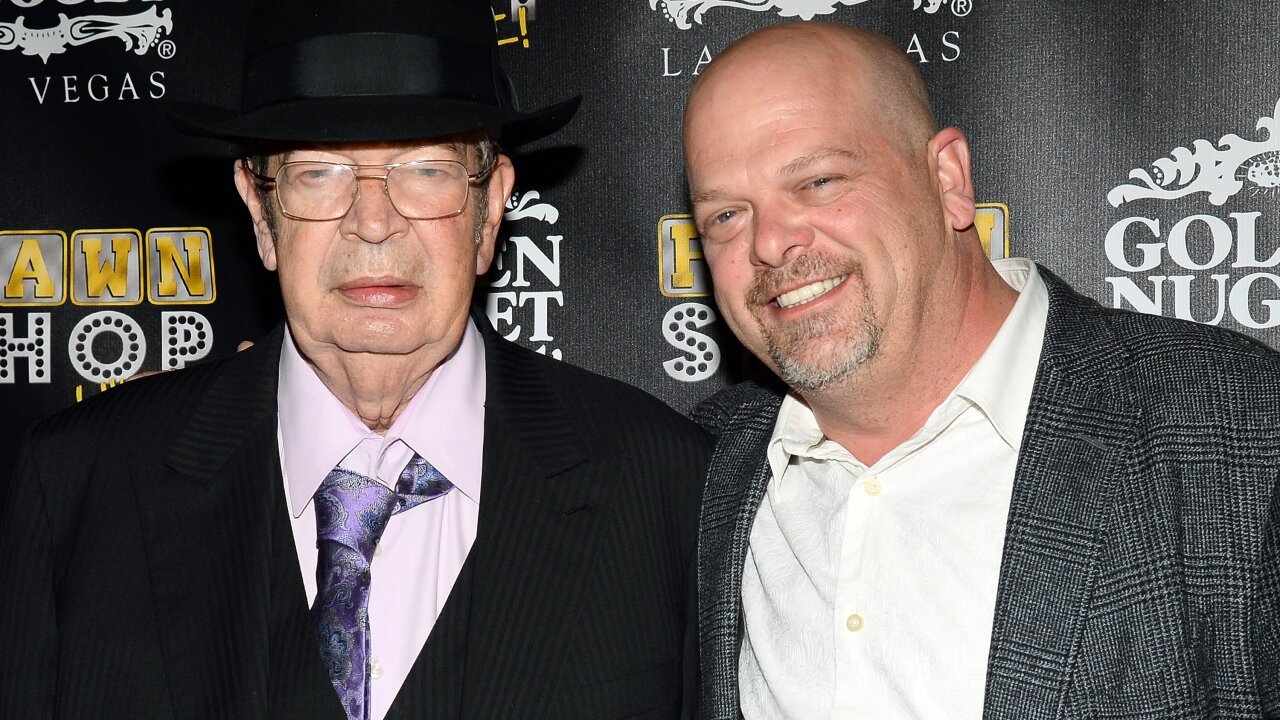 Richard Harrison, best known to viewers of the History Channel reality series “Pawn Stars” as “The Old Man,” died Monday morning after a long battle with Parkinson’s Disease, according to his son, Rick Harrison. Richard “The Old Man” Harrison (L) and his son Rick Harrison in 2014.

Richard Harrison, best known to viewers of the History Channel reality series “Pawn Stars” as “The Old Man,” died Monday morning after a long battle with Parkinson’s Disease, according to his son, Rick Harrison.

Rick Harrison, who co-starred with his father on the series, said on Instagram that his father died “surrounded by those he loved.”

“He was my hero and I was fortunate to get a very cool ‘Old Man’ as my dad,” he wrote. “He lived a very full life and through the History television show ‘Pawn Stars’ touched the lives of people all over, teaching them the value of loving your family, hard work and humor.”

Rick Harrison added: “We appreciate everyone’s thoughts and prayers and ask that we are provided some privacy at this time.”

“Pawn Stars,” which has been on of History’s most popular programs since its debut in 2009, follows the action inside the family’s 24-hour Las Vegas business, World Famous Gold & Silver Pawn Shop.

“We are deeply saddened by the loss of our friend Richard ‘The Old Man’ Harrison, a beloved member of the HISTORY and @pawnstars family,” History said in a statement posted to social media. “He will be greatly missed for his wisdom and candor. Our thoughts are with the Harrison family during this difficult time.”

Details on the services for Richard Harrison are pending, according to a statement posted to the business’s Facebook page.

“The team at Gold & Silver Pawn and the Pawn Stars family is grieving his loss,” the statement added. “He will be remembered as the best father, grandfather and great-grandfather you could have by his family and by fans as the sometimes grumpy (always loving, however), often wisecracking, and voice of absolute reason on the History television show ‘Pawn Stars.'”