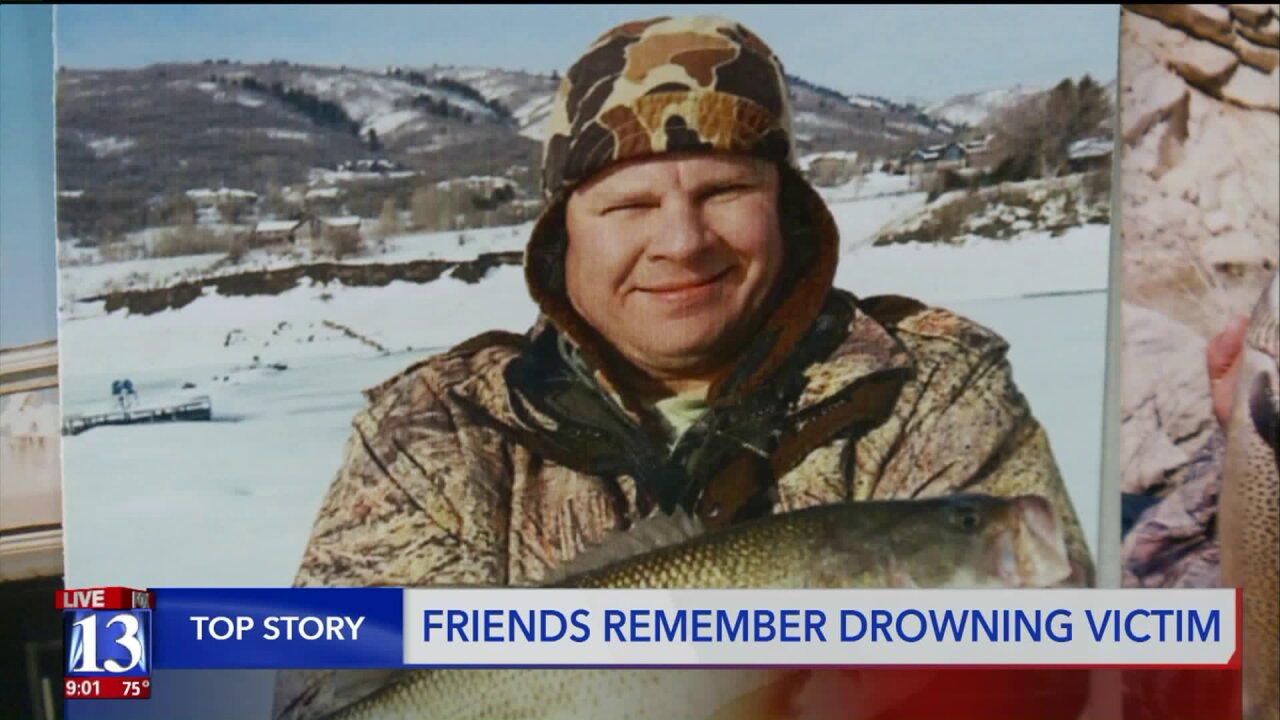 ROY, Utah — Friends and co-workers gathered at the Angler’s Den fishing store to grieve for a man who died in a boating accident in Wyoming this weekend.

Friends say Lance Henninger, 48, devoted his entire life to the outdoors and fishing.

“It was a very terrible phone call to get first thing this morning,” said Brandt Hogge, a friend of Henninger for more than 30 years.

The Sweetwater County Sheriff’s Office said Heninger and two companions, Carson West, also of North Ogden, and Scott Gorder of Ogden were on a boat at the Flaming Gorge Reservoir when severe weather caused it to capsize.

When the men had not returned to their residence late Saturday night, concerned family members and friends checked a parking lot at the Buckboard Marina and found the pickup truck the three used and an empty boat trailer, the sheriff's office said.

Family and friends of the three contacted sheriff's officials around 12:00 a.m. Sunday.

"At about 1:30 AM, the deputies found West on the Gorge's east shore. 15 minutes later they located Gorder, still in the water," the sheriff's office said. "Both men were taken aboard the patrol boat and back across the lake to Buckboard, and from there to Memorial Hospital of Sweetwater County in Rock Springs, where they were treated and released."

Gorder and West told deputies that at around 4:00 p.m. Saturday, they were fishing when the wind picked up and the water became choppy. They said that two waves swamped the boat, causing the craft to sink into the water.

"While Gorder and West were wearing PDFs (Personal Floatation Devices) - life jackets - Heninger was not," the sheriff's department wrote.

Buckboard and Gorder had been in the water for 10 hours at the time of their rescue.

While friends mourned the loss of Heninger, they said they couldn't think of a place where he would rather be.

“I don’t think Lance would have wanted to be anywhere else but on the gorge when he was called,” said Nick Andrews, a friend and co-worker.

Henninger worked at the Angler’s Den since it opened 14 years ago.

“He was a great guy,” said Wade Jacklin, the manager of the Angler’s Den.  “He absolutely loved children, loved to help people when they’d come in the store.  He liked seeing them succeed.”

He picked up the sport of fishing as a child, and through the years, he became an expert.

“He knew pretty much everything that goes on with fishing,” Andrews said.

At the Angler’s Den, friends looked through old photographs of Henninger smiling, fishing and living life to the fullest.

“I can’t tell you how much they’ll mean to me now that he’s gone,” Hogge said.

Those snapshots will help preserve the memory of a dear friend.

The Sweetwater County Sheriff's Office released a map of where the incident and the rescue occurred.