After lawsuits over gerrymandering and barriers to the ballot, watchdog groups to monitor San Juan Co. elections 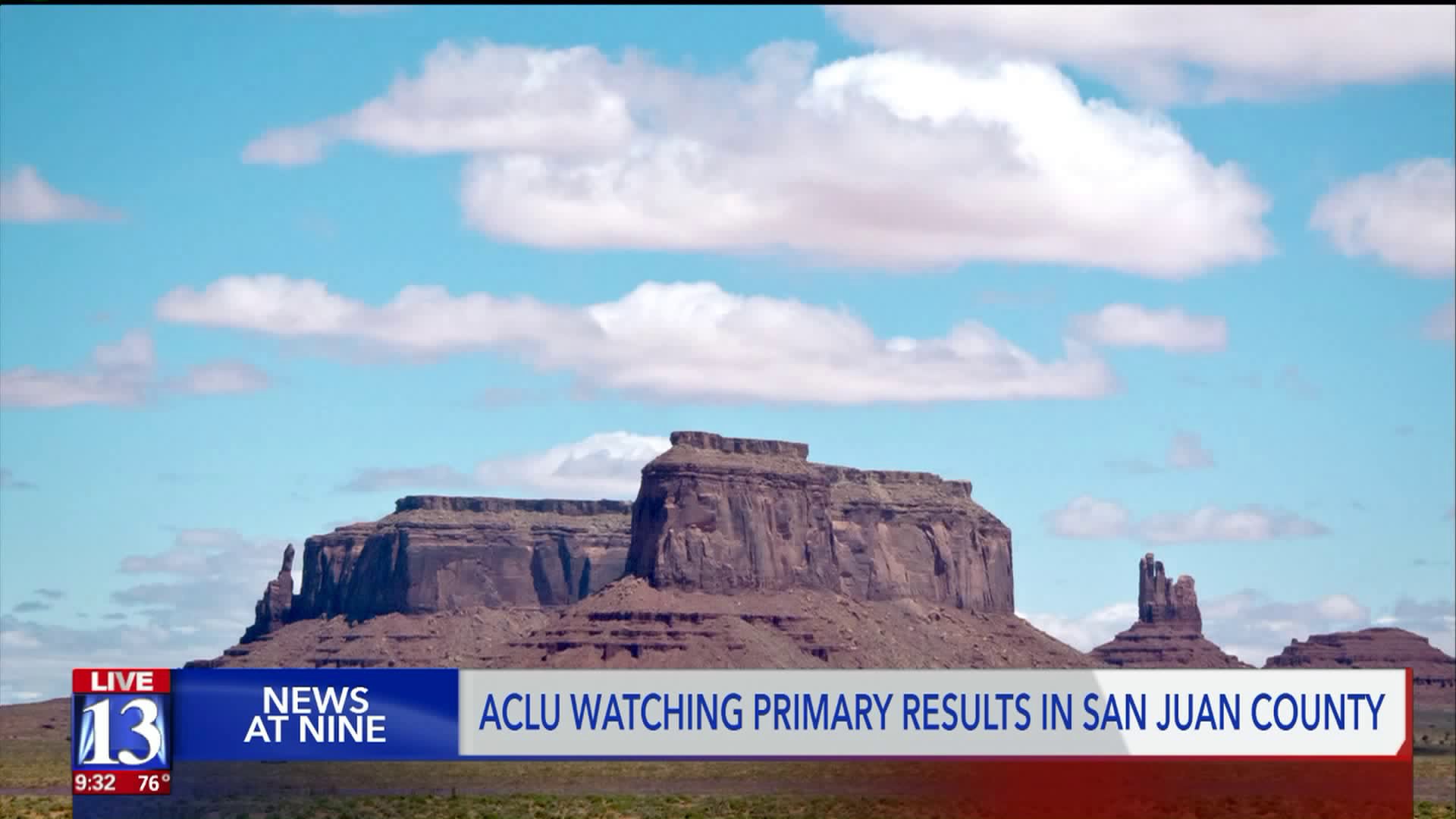 The American Civil Liberties Union of Utah, the Rural Utah Project and the Navajo Nation Human Rights Commission have said they will be observing the election that was ordered by a federal judge after a ruling finding racial gerrymandering. The county commission and school board boundaries were redrawn and special elections were ordered this year.

"There will be eyes at all of the polling locations to make sure everything is running smoothly," John Mejia, the legal director of the ACLU of Utah, told FOX 13.

Gerrymandering is the practice of drawing political boundaries to favor one side.

San Juan County has long insisted it is doing what it always has. County Clerk John David Nielsen said every registered voter is getting a ballot by mail and Election Day voting will be available in Montezuma Creek, Monument Valley, Navajo Mountain and in Monticello.

"A lawsuit settled with San Juan County earlier this year mandated voting centers on the reservation and language assistance readily available. Fortunately, the county was already voluntarily doing what the settlement now mandates and the process has been seamless," he said in a statement to FOX 13.

The county clerk added: "San Juan County has worked hard to provide fair elections and will continue striving to improve and make the voting experience the best in Utah! We hope that other organizations take the same pride in providing constituent services instead of continued political barratry."

"We are hopeful they will be able to provide effective language assistance for Navajo speaking voters as they have agreed to do and been ordered to do by the court order," he told FOX 13. "The county has made a lot of commitments and we do expect them to live up to them. Of course, if the county does not live up to its commitments we are watching."

That isn't ruling out a return to federal court if there are problems with either the primary, or general elections. The ACLU has been publicizing guides for voters in San Juan County and statewide to know their rights.

"If you feel like something improper is going on as far as your ability to cast a ballot, do not be quiet about it," Mejia said. "Let county officials know, let us know."