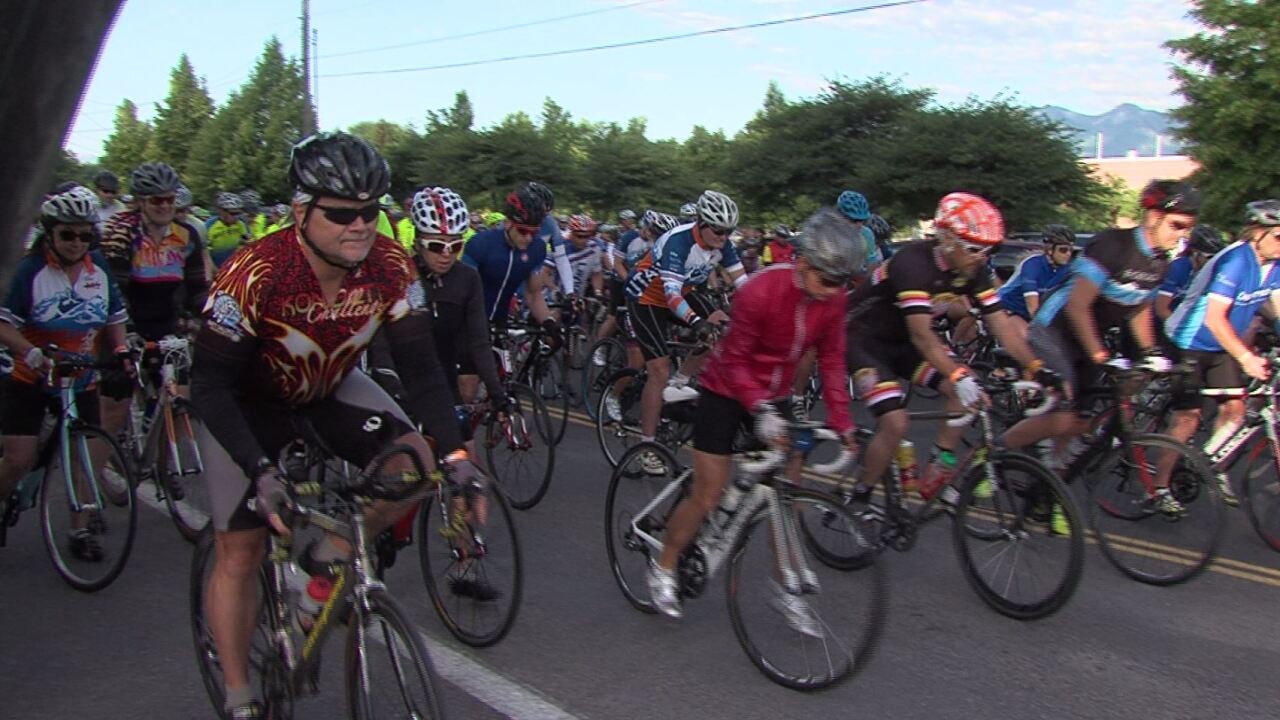 CACHE COUNTY, Utah — Three people were taken to hospitals after a car struck the trio of cyclists as they participated in a charity bike ride Saturday morning.

Lawrence Hopper with Utah Highway Patrol said the crash occurred around 8 a.m. on State Route 142 in Clarkston, which is north of Logan.

The cyclists involved in the crash were participating in the 32nd annual Bike MS: Harmons Best Dam Bike Ride.

Hopper said a man who had just finished a graveyard shift was driving home from work when he went by a cluster of cyclists without issue, but then struck a group of three other cyclists.

The vehicle struck a husband and wife who were riding on a tandem bike as well as a third cyclist who was on his or her own bike.

All three were taken to area hospitals, and the husband and wife were subsequently flown to a Salt Lake City hospital.

“They both had significant injuries, but none were life-threatening,” Hopper said of the married couple.

Specific details about the injuries suffered by the third cyclist were not immediately available.

Hopper said they believe the driver may have been drowsy and said there is no suspicion the driver was DUI. Authorities are investigating the crash and the driver may face charges.