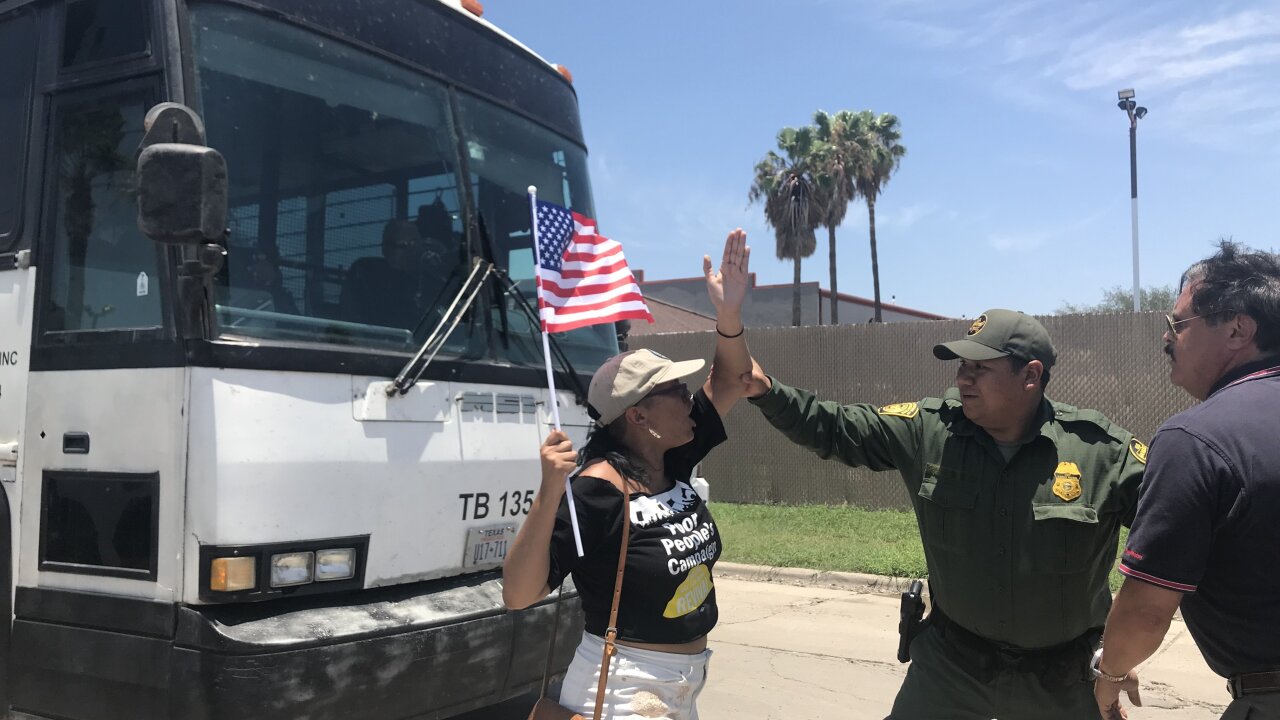 This photo shows a bus with children leaving a McAllen, Texas detention center. Protesters stood in front of the bus and yelled, “Set the children free” and “Shame on you” at Border Patrol officers. 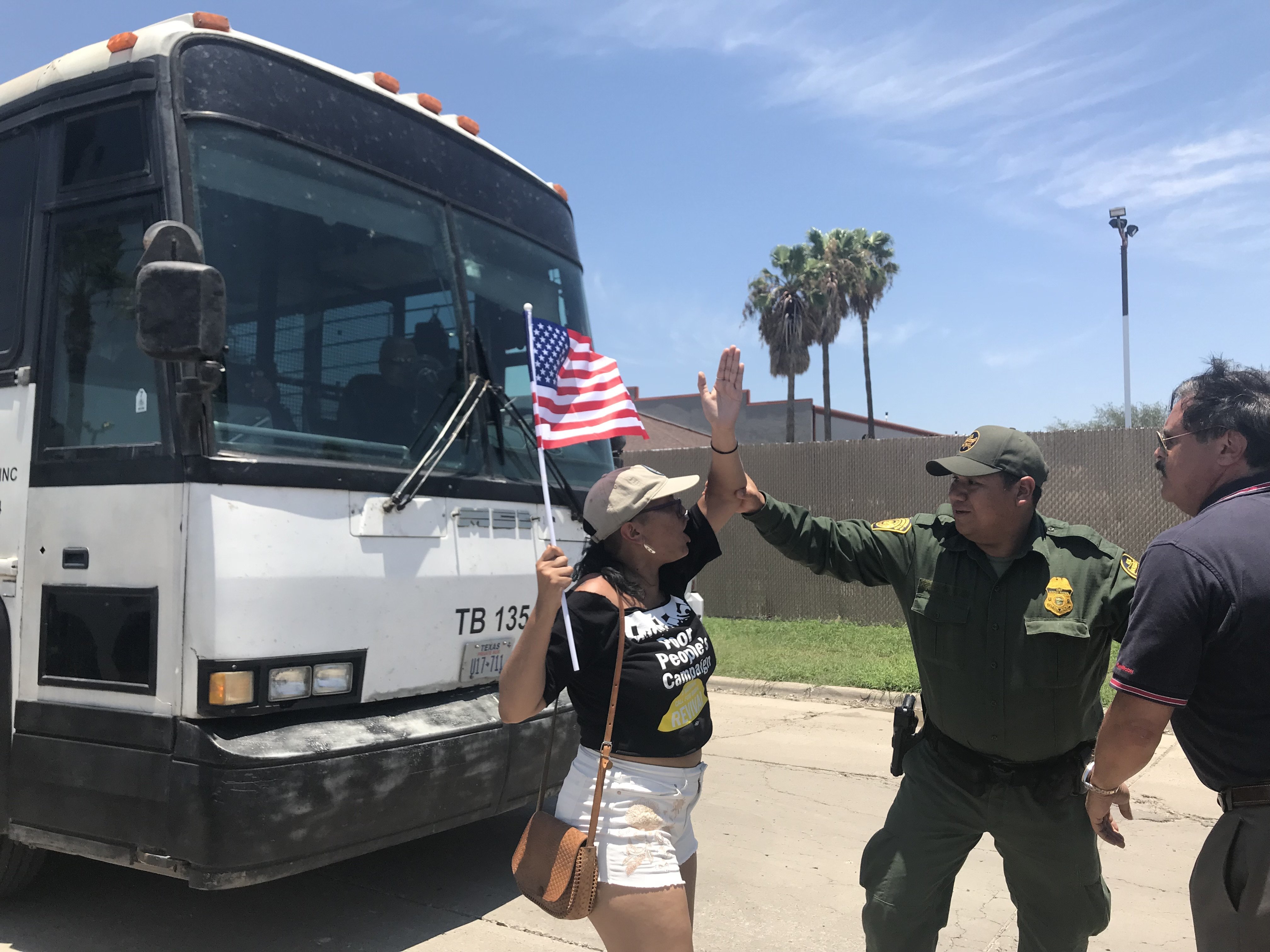 Protesters stood in front of the bus and yelled, “Set the children free” and “Shame on you” at Border Patrol officers. The Border Patrol ended up surrounding the bus so it could back up and go out the other end of the street.

Authorities didn’t say who was on the bus or where it was going, but CNN reporters could see children through the darkened windows. CNN was reaching out to federal immigration officials for comment.

One protester told CNN she also saw children through the windows. She said some of the children waved at her and she told them, “You are not alone” in Spanish.

“It was very difficult to see,” said Denise Benavides of Dallas, who said she’s a member of the League of United Latin American Citizens.

Benavides said she didn’t know where the bus was going but “that’s something we’ll look into — what’s going on and where are they taking these children.”

Uniformed officers arrived to calm the situation and nobody was arrested.

Many of the at least 2,300 children separated from their undocumented parents since May are in far-flung shelters and foster homes nationwide — hundreds of miles away from the southern border.

In many cases, the parents don’t know where their children are being held, the parents’ lawyers say.

On Wednesday, President Trump signed an executive order reversing his policy and allowing parents and their children to stay together.

More than 1,100 immigrants — including children — were being held at McAllen when reporters were allowed inside on June 17.

The Department of Homeland Security processes and detains immigrants accused of illegally crossing the border at the facility near Brownsville, Texas.