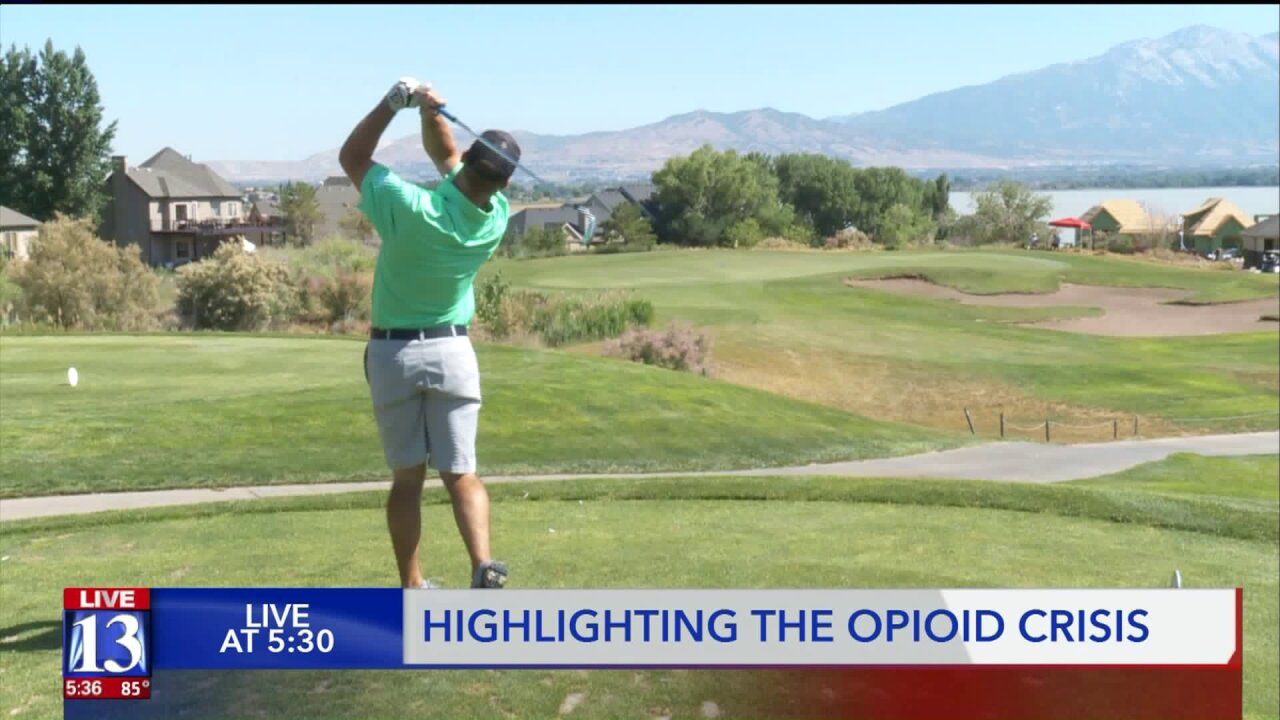 Unfortunately, it’s a deadly problem he knows all too well.

“One of our player’s sons passed away last year of addiction, and another player that played for me in Arizona passed away from addiction,” said McBride, who is also known as Coach Mac.

The Ron McBride Foundation hosted its 3rd annual "Love You, Man" golf tournament in Saratoga Springs at Talons Cove. His team is partnering with three local school districts to explore ways to educate and prevent opioid abuse among students and athletes.

One of the groups is Systems Thinking, which uses data-driven research to create methods of learning by having students work together. At the golf tournament, he had school district leaders, opioid prevention groups, and local leaders playing together.

“We wanted to honor people who are game changers,” Coach Mac said. “All these ladies that we honored today are game changers. For instance Michelle Kaufusi, for 125 years Provo never had a female mayor, she is the first one... and Dixie Garrison is a game changer, as a principal [at West Jordan Middle School.]"

One of the mothers attending the golf tournament on Friday was Denece Johnson. Her son, Derek Johnson, was a football player in 2007 at Weber State University under Coach Mac.

“He received a football injury while playing at Weber State, illegal chop block, and ended up having 13 surgeries, got addicted to opioids, and they were too expensive, so he went to heroin,” Johnson explained. “It’s been a 10-year battle for him, five rehab. I have had many holidays where I don’t even know where he has been.”

Johnson wants to work with Coach Mac’s foundation to educate parents and teachers about the signs of opioid abuse.

She said she wants to spare other parents her pain.

"I want to educate parents: Watch for these things," she said. "Watch for their eyes to be really pointy, and watch for them when they start to lie to you and when things begin to disappear in the home. And there are so many warning signs, but parents aren’t aware.”

To learn more about the Ron McBride Foundation, click here.